1 Million People Signed Up and 869K were Interested in “Storm Area 51, They Can’t Stop All of Us” Event on Facebook 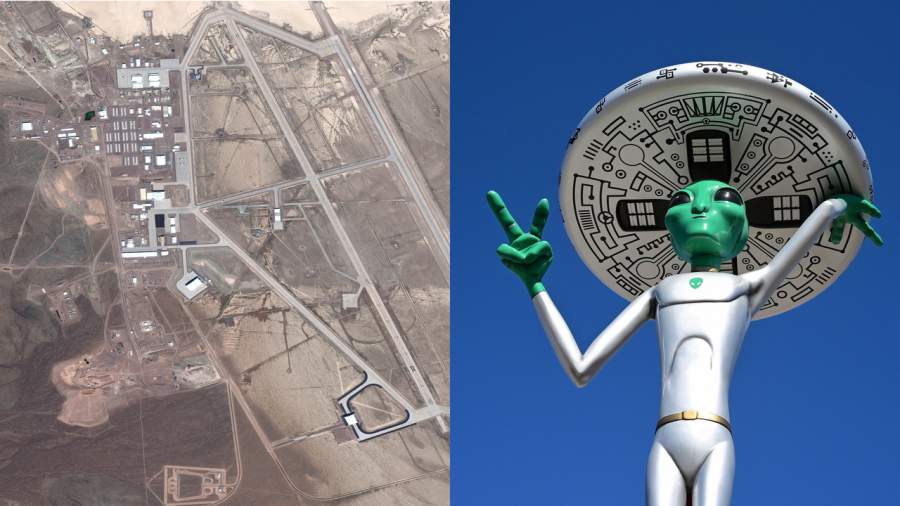 Ever since our existence, humankind has been excited about terrestrial life. Scientists, government and a lot of local enthusiasts strongly believe that there is something beyond earth. They believe there is another terrestrial life for sure which we are still oblivious of may be made oblivious because the truth could be too scary for the government to reveal. It is not a very new question to raise whether there are aliens or not. There have been several incidents reported that tells about the visits from the extraterrestrials but sadly enough there aren’t ardent proofs to go by the theory.

It is also not the first time that local enthusiasts have taken an initiative to find out about the existence of aliens. We all are aware most of the extraterrestrial activities reported in Canada, so much so that in the province of Alberta, there is an area left as a helipad for UFOs to land. The Audorg, a research group focused on the study and investigation of UFO and extraterrestrial encounters in the province of Alberta.

But this time it is not Canada, but the people across the world are joining hands in a revolutionary event that is formed to raid or force enter the restricted area of Amargosa Valley, Nevada, a restricted military base-Area 51.

The site is highly confidential and has been safeguarded, theorist believes that government is surely keeping a piece of secret information on aliens in this camp.

Soon a Facebook Event was created to invade this area with a huge number of people signing in together. The event knowns as “Storm Area 51 They Can’t Stop All of Us” was confirmed by over 1 million people to be attending and 869k people being interested.

Ever since the event was created people are sharing their thoughts and creating, memes about raiding the high profile site. The event detail reads “We will all meet up at the Area 51 Alien Center tourist attraction and coordinate our entry. If we naruto run, we can move faster than their bullets. Let’s see them, aliens.”

Memes and Funny posts are flooding the page now

Soon enough the event turned into a humorous idea and people started mocking the event by giving hilarious plans to attack one of the posts reads “Ok guys, I feel like we need to formulate a game plan, I’ve put together this easy to follow diagram here for a proposed plan.

The basic idea is that the Kyles from the front line if we feed them enough psilocybin and monster energy and say that anyone in camouflage is their stepdad, and the entire base is made of drywall then they will go berserk and become an impenetrable wall. Then the Rock Throwers will throw pebbles at the inevitable resistance (we don’t want to hurt them, we just want to annoy them enough to not shoot the kyles as often)”

It further reads “the two naruto runner battallions will run full speed around the north and south flank, and shadow clone jutsu, effectively tripling our numbers, and overwhelm the base (red circle). P.S. Hello US government, this is a joke, and I do not actually intend to go ahead with this plan. I just thought it would be funny and get me some thumbs uppies on the internet.

Russian spies tried to get there and failed

It might have taken a funny turn but this is a matter of wondering why this base camp is restricted from anyone in the world. It is surely an important or vital source for any solid information about the extraterrestrial lives because Russian spies tried to get there and failed.

Not only that Clinton government also tried to get there but all efforts in vain. So, what about this highly protected confidential area that leads to so many mystery and insecurities regarding the aliens. Isn’t it the high time that all of us should know about it?