by Surjeet
in Quotes
2 min read
0 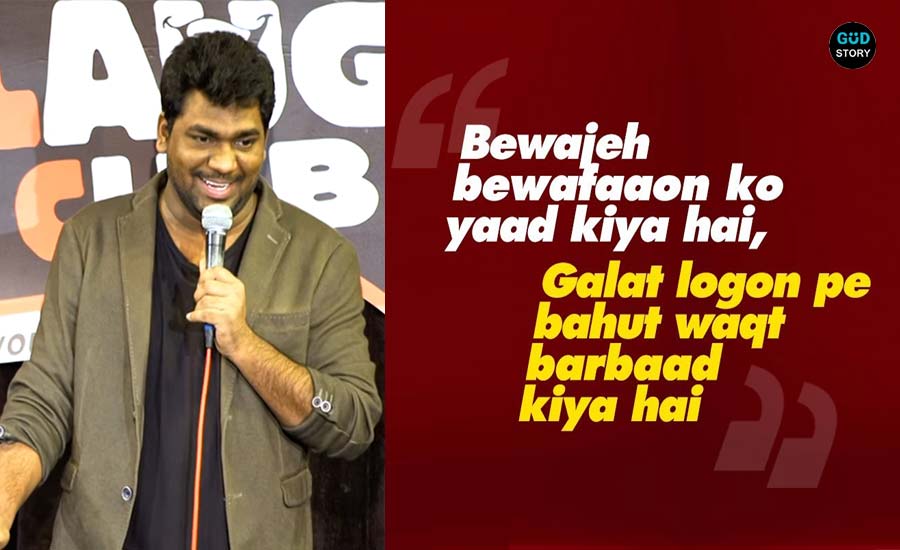 Zakir Khan is a name that needs no introduction. Almost everyone aspires him in one or other way due to the talent he has. He is not only an intelligent comedian but also a poet as well as a writer and he is also famous for writing Shayaris about which everyone is familiar of. Due to his many funny characters, he is even known as ‘Sakht Launda’ for every single out there. He very well knows how to win the hearts of everyone from the potential of comedy he has. Besides doing comedy, he also impresses everyone with his Shayaris that are good enough to touch your heart and soul.

What a character he has built after getting his heartbroken by the girl that only taught him to reach heights despite having so many struggles he faced in his life.

Have a look at some of his beautiful shayaris that will surely make you in love with his shayaris and the way he expresses his broken heart.

You can also read: Exciting Wedding Quotes To Make You Blush This Wedding Season

You can also read: 7 Extremely Beautiful Excerpts From Gulzar’s Poems

You can also read: 10 Shayaris By Zakir Khan Prove That He’s A Great Shayar As Well

Best Monday Memes That Will Keep You Laughing

50 Best Car Pick Up Lines to Impress Her