15 Surreal Images of Abandoned Places Around the World 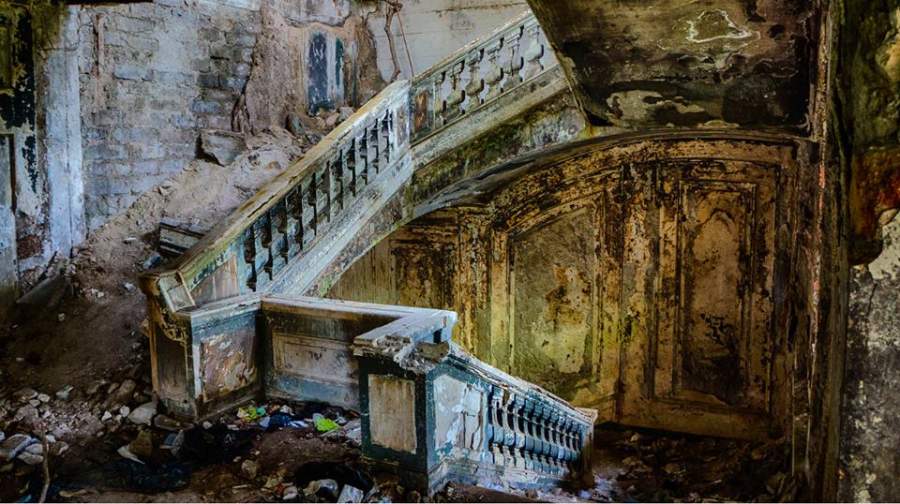 Human movements from one place to another have been proof that we are affected by changes and are capable of adapting to them. This collection of surreal images of abandoned places from different parts of the globe demonstrates that humans adapt and, if needed, relocate because of political and social changes, man-made and natural calamities, and loss of resources. 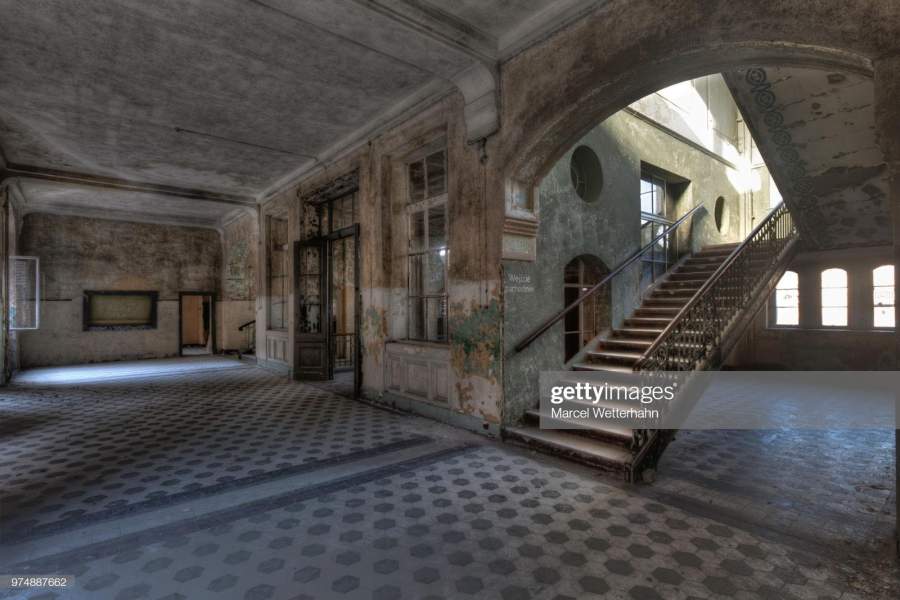 A large hospital complex comprising of about 60 buildings at Beelitz-Heilstätten in Berlin, the Beelitz Military Hospital was constructed beginning in 1898. At the onset of World War I, the site served the Imperial German Army. Here, Adolf Hitler recuperated from October to November 1916 after he got wounded during the Battle of Somme. The hospital buildings were completely abandoned as of 2007. 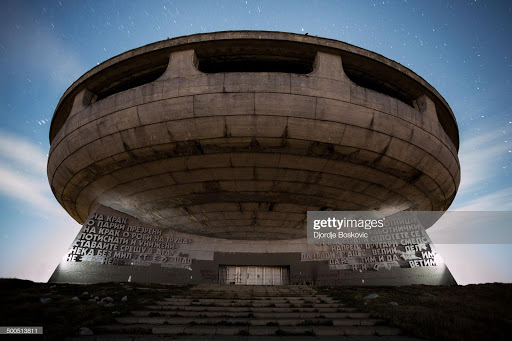 More popularly known in its longer name as the Monument House of the Bulgarian Communist Party, the Buzludzha Monument characterizes the futuristic architecture common among state-sponsored buildings in Communist countries during the Cold War. Built on Buzludzha Peak in Central Bulgaria, the saucer-like monument was abandoned after the fall of Communism in 1989. 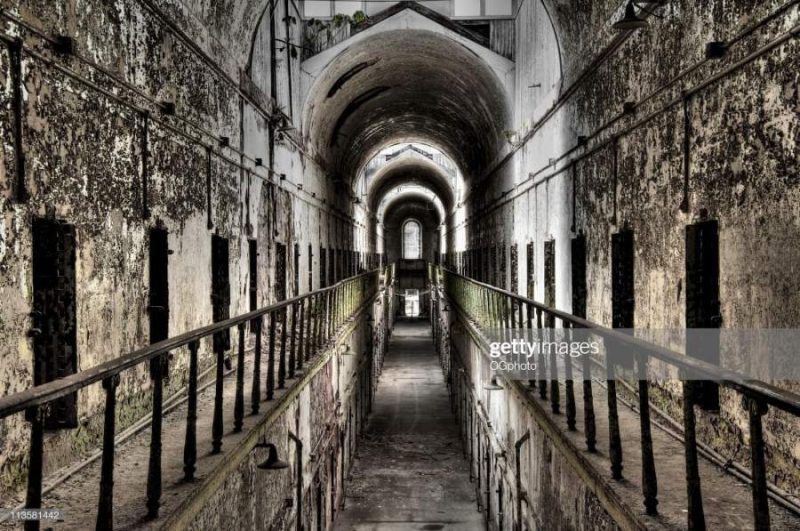 Located in Philadelphia, Pennsylvania, the Eastern State Penitentiary began its operations in 1829. Instrumental in refining the concept of separate incarceration, the penitentiary pioneered the system, emphasizing the principles of reform rather than punishment. Due to overcrowding problems, solitary confinement was abandoned in 1913. Eventually, the edifice operated as a congregate prison until it closed in 1971. 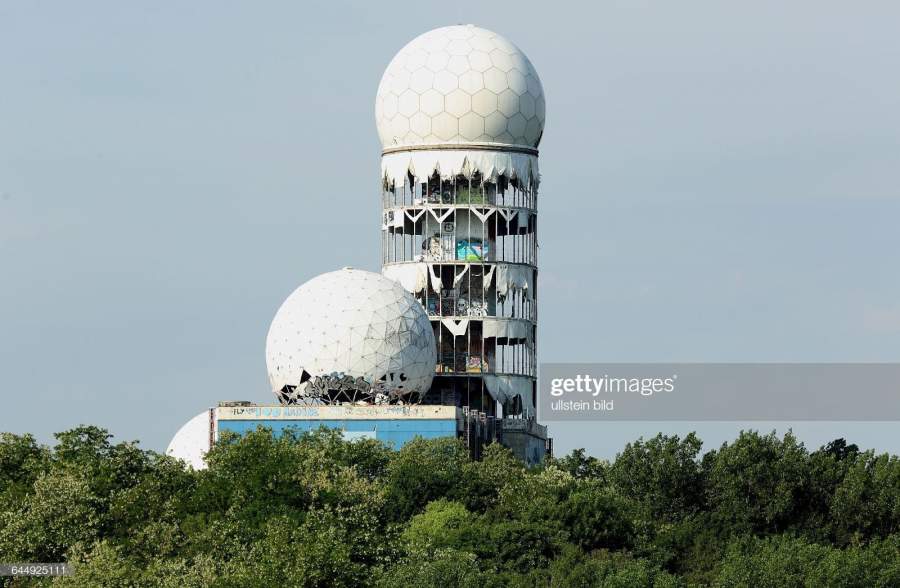 Another remnant of the Cold War, the Field Station Berlin refers to the listening station established by the United States on Teufelsberg, a man-made hill. The site is notable for its radomes (radar domes) which were used by the Americans in listening to East German, Soviet, and Warsaw Pact nations military movement. The facility remained operational until the fall of the Berlin Wall marking the reunification of East and West Germany in 1990. 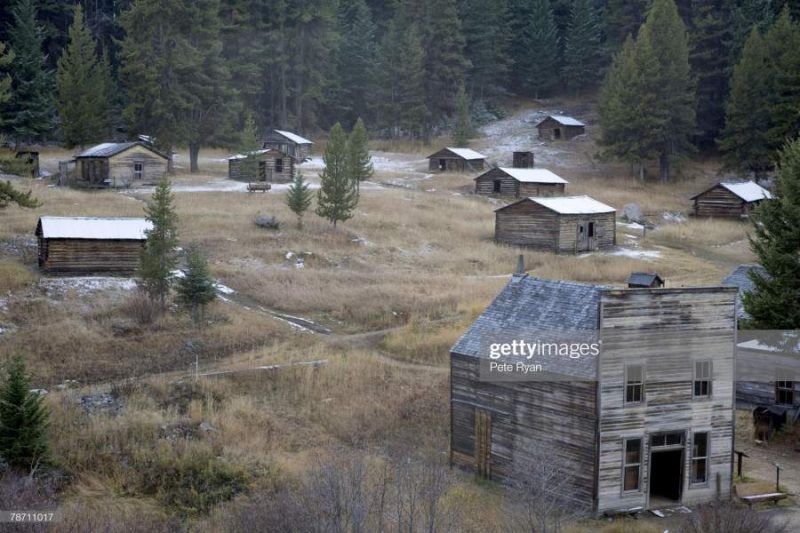 Once a thriving gold mine village located in the Granite County of Montana, the Garnet Ghost Town is now just a shell of its former self. Dating from the 1860s, Garnet reached its peak in the 1890s with a population of around 1,000 people. The site had a total of thirteen saloons and three hotels, catering to passersby and miners searching for gold. People abandoned Garnet when the gold reserves ran out at the onset of the 1920s. 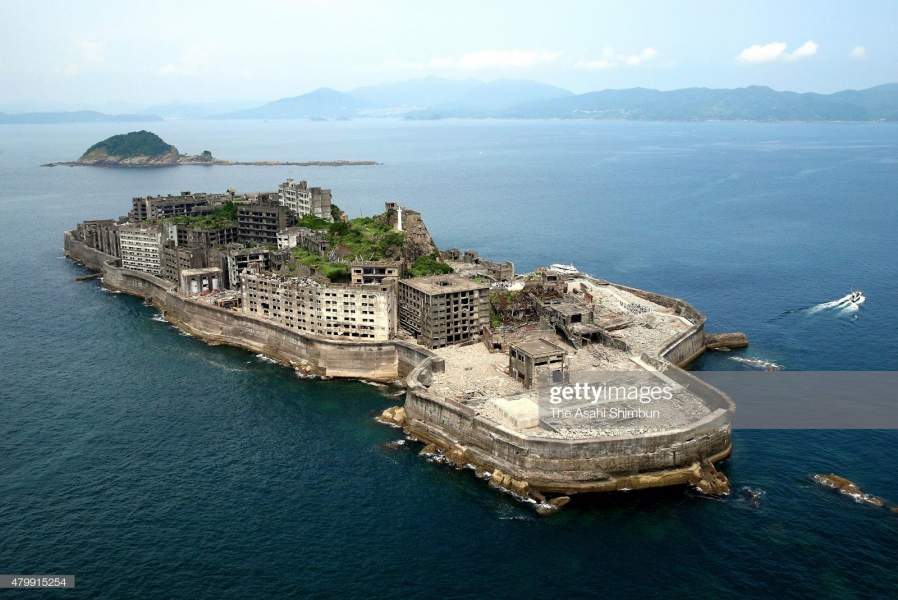 Belonging to Nagasaki’s group of 505 uninhabited islands, Hashima Island is also known as Gunkanjima or Battleship Island. With a land area of 6.3 hectares, the island houses undersea coal mines, starting their operations in 1887 during the rapid industrialization era of Japan.

The coal reserves eventually depleted, forcing mines’ closure in 1974 and the gradual abandonment of its residents. Today, the island is a UNESCO World Heritage Site. 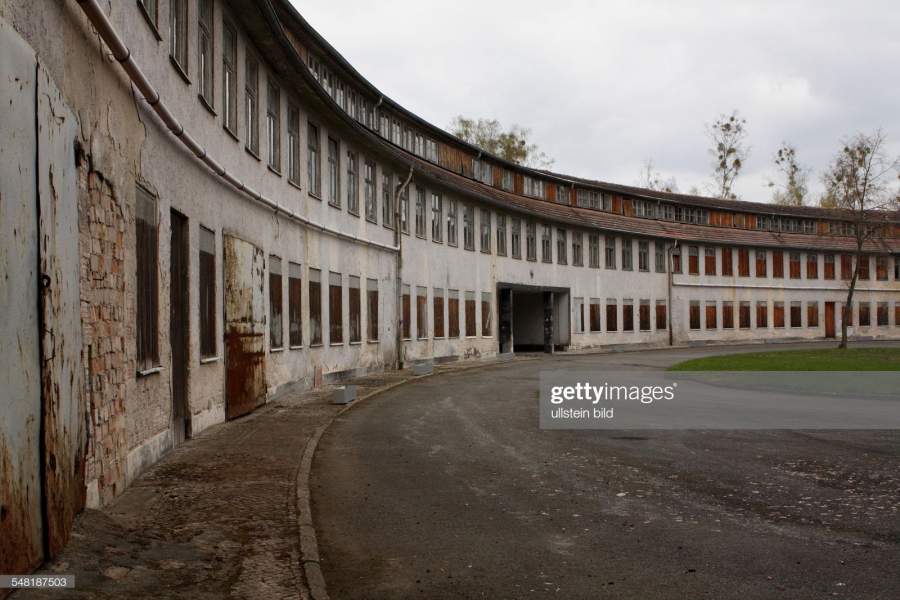 Constructed in response to Nazi Germany’s hosting of the Summer Olympics in 1936, Hitler’s Olympic Village consisted of a swimming facility, gymnasium, track, dormitories, training facilities, and a large dining hall dubbed as the Dining Hall of the Nations.

After the Olympic Games, the facility was utilized as a hospital and a training school for the military during World War II. Eventually, it was taken over by the Soviets in 1945 and was practically abandoned in the late 20th century. Restoration efforts were revitalized in recent years. 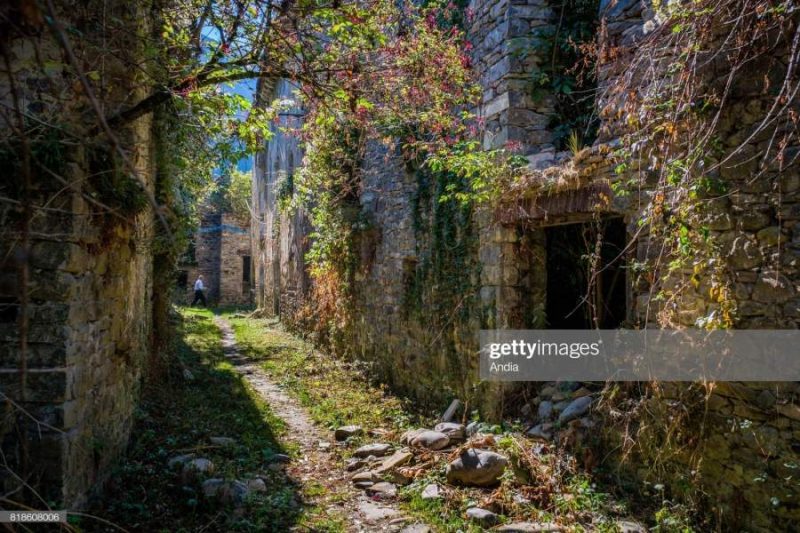 Located in the Ara Valley, Janovas was a Spanish town abandoned by residents due to the troubles caused by Iberduero’s (Iberdrola) hydroelectric project. Beginning in 1951, the project’s activities resulted in flooding not only in Janovas but also in the neighboring villages of Lacorte and Lavelilla.

At the onset of 1960, some villagers resisted the project, leading to the dynamiting of their houses. With backing from the government, the company continued plowing the fields, destroying the irrigation system, and cutting light and water services. The town was finally evicted in 1984. 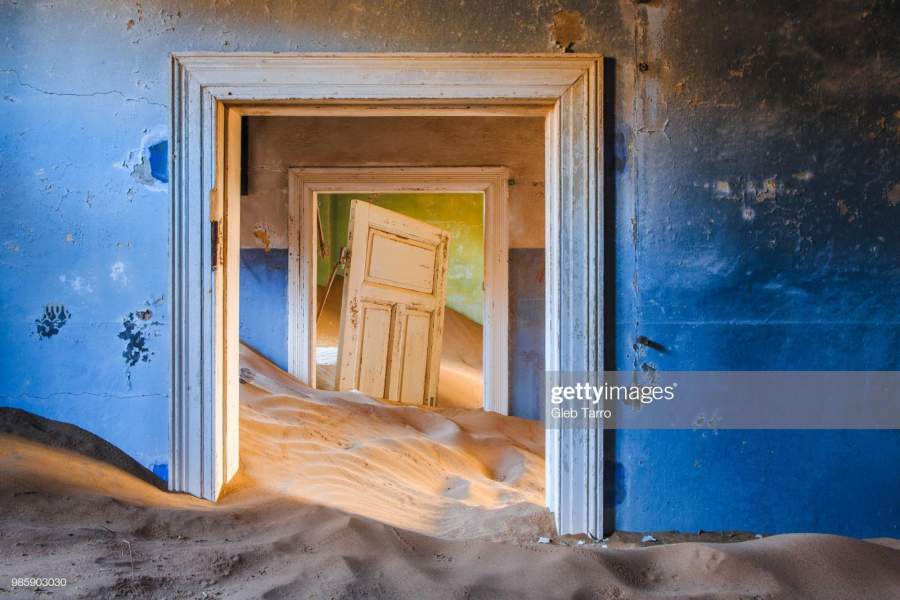 Established in response to the Namibian diamond rush, Kolmanskop was named after the transport driver Johnny Coleman who left his ox wagon during a sandstorm. With the discovery of diamond in 1908, the area attracted miners.

The residents started to put up a village patterned after a German town complete with amenities and institutions. The depletion of diamond reserves led to its ultimate abandonment in 1956. 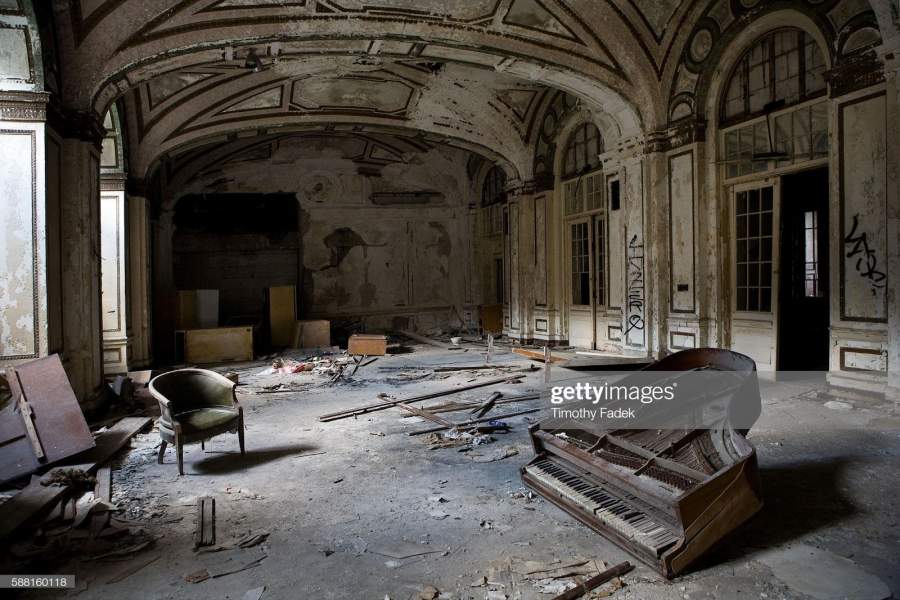 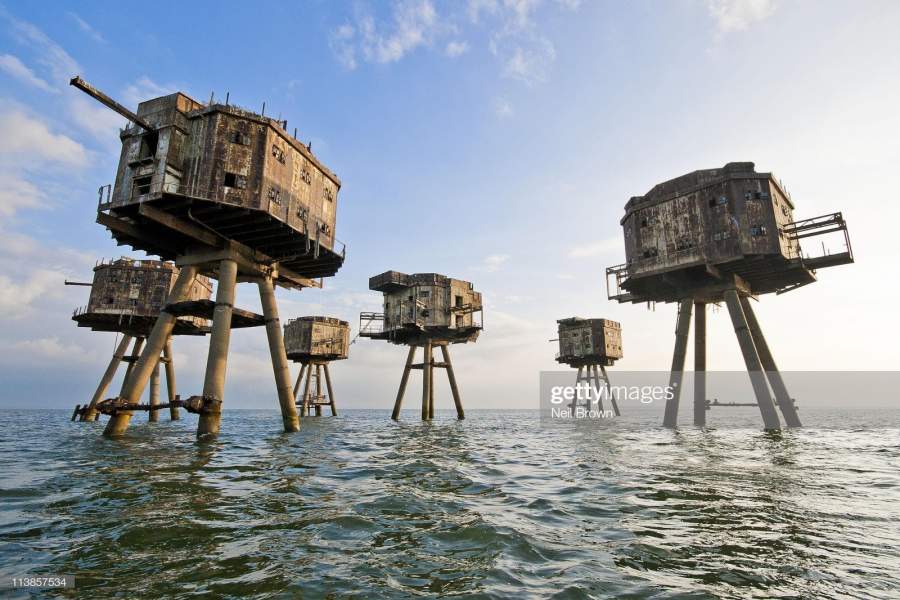 Situated in the Mersey and Thames estuaries, the Maunsell Forts are armed towers constructed during World War II to assist in protecting the United Kingdom. Named after its designer Guy Maunsell, the site consists of four naval forts, namely the Rough Sands, Sunk Head, Tongue Sands, and Knock John. With a design resembling of offshore oil platforms, the forts were decommissioned in the late 1950s. 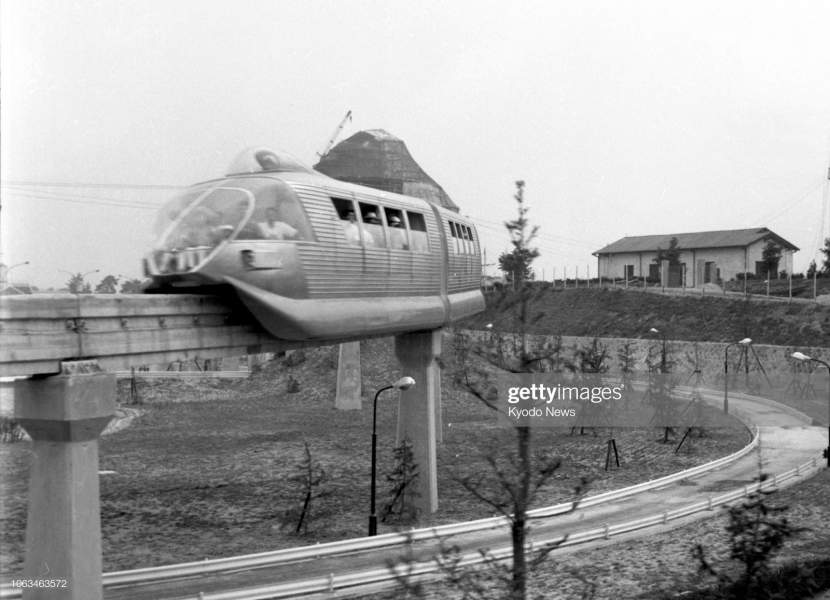 Taking a leaf from Disneyland’s book in California, the Nara Dreamland was a theme park opened in 1961. Being the closest thing to Disneyland in Japan during its lifetime, the Dreamland at its peak reached 1.6 million visitors each year. Ironically, Dreamland’s inspiration was the one caused its gradual decline.

Tokyo Disneyland opened in 1983, followed by Universal Studios Japan in 2001, leading to a drop on yearly total visits of 400,000. After its 45 years of operation, the Nara Dreamland ceased operations in 2006 and was demolished in 2016. 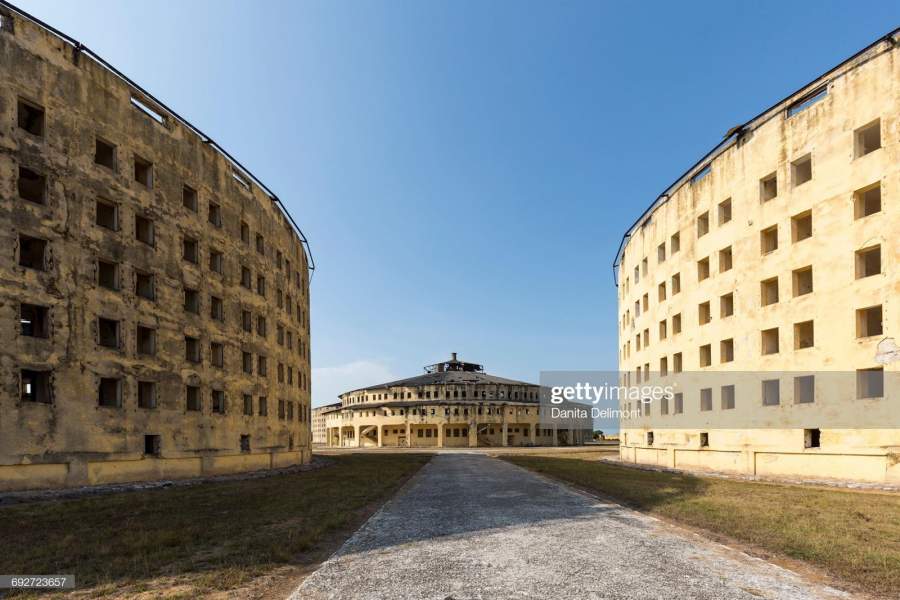 With a name translated as “model prison” in English, the Presidio Modelo was erected on the Isla de la Juventud in Cuba during the administration of president-turned-dictator Gerardo Machado between 1926 and 1928. Comprising of five circular blocks, the prison complex houses cells constructed in tiers with observation posts in the middle. Capable of housing up to 2,500 prisoners, the site was permanently closed by the government in 1967. 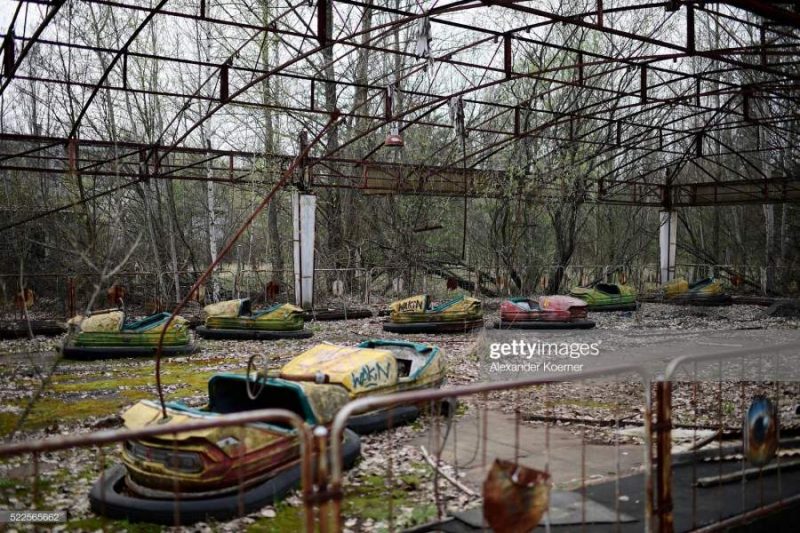 A Ukrainian city located near the site of one of the worst nuclear disasters in history, Pripyat was officially closed on April 27, 1986, the day after the Chernobyl disaster and more than 15 years after its establishment in 1970. One of the most notable spots in the city is its amusement park; its Ferris wheel has become a symbol of the Chernobyl disaster. 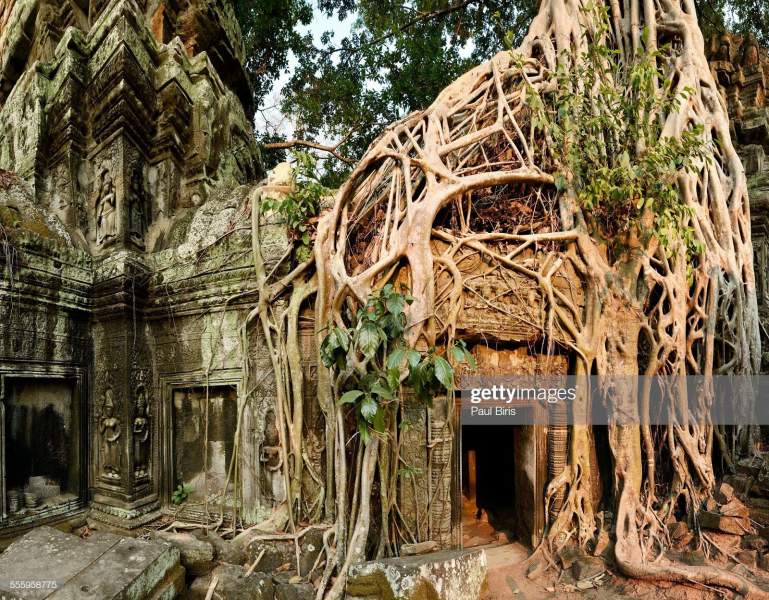 Originally called Rajavihara, Ta Prohm was built during the reign of Khmer King Jayavarman VII in the late 12th century as a way of honoring his family. Constructed following the intricate Bayon architecture, the temple located in Siem Reap, Cambodia was abandoned in the 15th century, along with the collapse of the Khmer Empire.

Neglected for centuries, trees grew out among the ruins, giving Ta Prohm a picturesque ambiance with a jungle backdrop. It has been included in UNESCO World Heritage List since 1992.