16 Facts About The Former Prime Minister Dr. Manmohan Singh You Did not Know 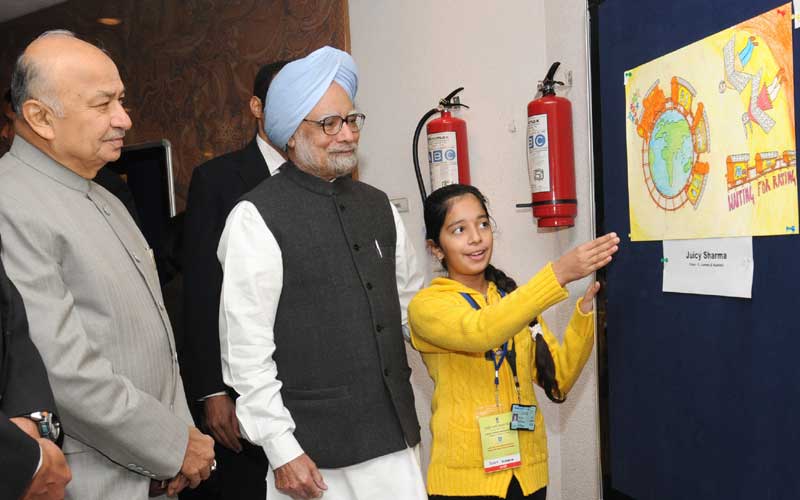 Dr. Manmohan Singh served as the 13th Prime Minister of India. He is quite a learned man, an exceptional economist, and is known for his bureautic career all over the world. He is a man of few words but his work speaks for him.

Here are a few facts about this man that you should know:

#1 The first Non- Hindu Prime Minister of the country

Dr. Singh is a Sikh by religion and thus the first Non- Hindu to hold the post of Prime Minister in India.

#2 After Jawahar Lal Nehru, he is the only Prime Minister to be re-elected after completing a full five-year term.

#3 Born in undivided India- he hails from a very modest family and was born in Gah village( now in Punjab, Pakistan) to parents Amrit Kaur and Gurmukh Singh.

#4 He lost his mother at a very early age and was brought up by his paternal grandparents.

#6 Not born with a silver spoon, rather he belongs to a very modest family and had to struggle to get educated. He studied under the kerosene lamp as there was electricity and he had to walk miles to reach his school.

#7 He did his initial schooling from the Hindu College and did his Bachelor’s and Master’s degree in economics from Punjab University in 1952 and 1954 respectively, and stood first in the university.

#8 He did his economics Tripos from Cambridge University in 1957 and Ph.D. in Philosophy from Oxford University in 1962. He was a shy student and being the boy with long hair he used to avoid other boys. Thus when hot water for the bath was available he used to not bath and would bath when all were gone and the water was cold.

#9 He is a proud father to three daughters, Upinder Singh, Daman Singh, and Amrit Singh. His wife is Gursharan Kaur and he got married in 1958.

#10 He refused to join the government in 1962 when the first Prime Minister Jawahar Lal Nehru gave him the offer.

#11 True love for country- he worked with United Nations Conference on Trade and Development under famous economist Raul Prebisch from, 1966- 1969. However, he came back to become a Lecturer in the Delhi School of Economics.

#12 In the 1970s and 1980s during his bureautic career he was top positions in various departments.

#13 His political career started in 1991 when P.V. Narshimha Rao appointed him as the Finance Minister in his government and his reforms helped India in the situation of economic crisis.

#14 He has never won a Lok Sabha seat but is a Member of Parliament of India from Assam.

#15 He listens to the BBC every morning and is man integrity. He is fluent in Urdu but cannot read Hindi. he has written several articles for economic journals.