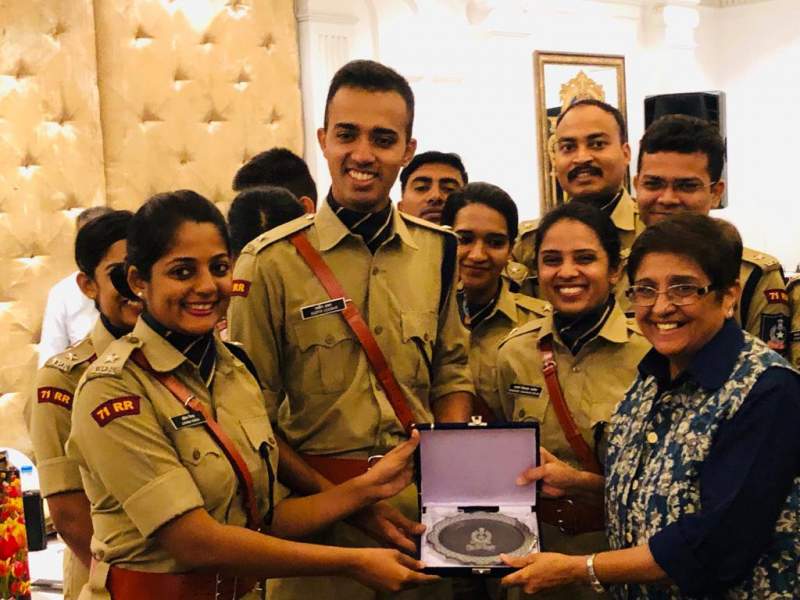 It is very well said that success comes to those who do the hard work. Without strong determination and dedication towards your goal, it seems almost next to impossible to achieve the dreams that you have in your life. And this 22-year old boy Hasan Safin has proved that. He became the youngest IPS officer of India after facing lots of struggle. Scroll down to read his inspiring story and to seek some motivation for yourself-

As we all know Civil Service is one of the toughest exams in the country and no one could crack without good preparation. Most of the candidates are willing to give this examination so that they can easily join the administration services which will help them to bring a positive change in society.

Hasan Safin also lived the same dream and worked very hard to crack the exam. He became the youngest IPS officer of India by qualifying the UPSC Civil Services Exam previous year with a rank of 570. Now he will be joining Jamnagar district as the Assistant Superintendent of Police on coming December 23, 2019.

He is a son of Diamond Mine Worker

He belongs to the small village Kanodar in Palanpur, Gujarat. His parents work in a diamond mine unit who could hardly earn and meet his son’s education needs. Even his mother used to cook chapatis in nearby restaurants to earn some extra money for him to support his higher studies.

In an interview, he told, “There were times when we had to go to bed without having food”.

He wanted to be an IAS but could not get through

In a telephonic conversation with TOI, Safin said, “I appeared again but could not clear the exam. Hence, I decided to pursue my career as an IPS officer and will sue this opportunity to serve my country”.

Also read: Daughter of Bus Conductor, Shalini Agnihotri Makes Her Way To Become An IPS Officer and We All are Proud of Her

From where did the inspiration come from?

When asked about his achievement, he told me that he got inspiration from the DM of his district. It was when he decided to become like him one day.

He got support from friends, teachers and even strangers

On getting success, he told that he would not have been able to achieve success alone without the support of his parents, friends, teachers and even strangers to pursue his dream and prove his worthiness.

Official call on with Honorable @CMOGuj shri @vijayrupanibjp Sir.
He emphasized on efficient and effective policing. He also focusses on importance of virtues like honesty, integrity, empathy and service to the needy people.#Gujarat @dgpgujarat @HMofficeGujarat pic.twitter.com/IrqWZHsx4x

Do you know he even met with an accident when he was going to appear for his first attempt at UPSC? However, it did not stop the young man from writing the exam. His strong determination and hard work have helped him to become the youngest IPS officer in his second attempt. He struggled a lot for this achievement and now finally he did it and we are proud of him.