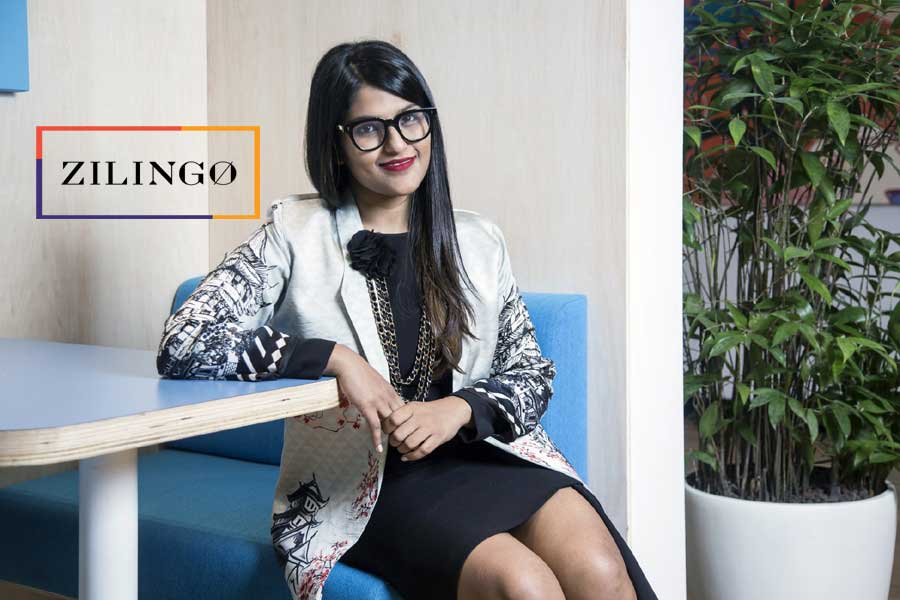 Zilingo Pte’s journey to creating a fashion platform with the worth of $1 billion started in December 2014 when Ankiti Bose, who was at that time working as an analyst at Sequoia India, was chatting with a neighbor in a house party in Bangalore. Then she was just 23, and Dhruv Kapoor was a 24-year-old software engineer at gaming studio Kiwi Inc, had soon realized that they have similar ambitions and complementary skills to lay the foundation of their startup.

Soon they left their jobs and started with their $30,000 savings to find the Zilingo, an online platform that lets the small merchants in the Southeast to build scale.

On Tuesday the Singapore –based company said that it raised $226 million from investors that included Seuio Capital and Temasek Holding Pte. As per the latest financing value Zilingo is at $970 million.

Thereby with the given figures, it makes 27-year-old girl among the youngest female chief executives to lead a startup of this big size in Asia. Female founders remain unique in the global startup world.

Of the 239 venture capital-backed startups around the globe are worth at least $1 billion only and have only 23 female founders as per data from the Pitchbook in May last year.

“We were a bunch of twenty-somethings with nothing except this dream and we decided to chase it.”

She is now a group of the founders in Southeast Asia who are beautifully using the region’s rapid increase in the tendency of using smartphones and rising incomes. Online shopping in the region has reached new heights and is $23 billion in 2018 as per a survey of Google, also by the year 2025 it is bound to increase to $100 billion.

Dhruv Kapoor continues to be the company’s chief technology officer. The company started with the vision to help the small merchants to sell to the consumers and since then has entered new arenas. When they founded and dealt with small sellers they realized that technology, capital, and economies of scale was missing big time.

Thus they expanded in developing software and other tools to help the sellers to access the factories in Bangladesh, Vietnam and such other countries and they helped with cross border shipping and inventory management.

Since 2018, Zilingo worked with financial technology firms to provide capital to small sellers to procure raw materials and make the finished goods ready for sale. The listing is for free in the company but they charge a commission of 10 to 20 percent on the orders.