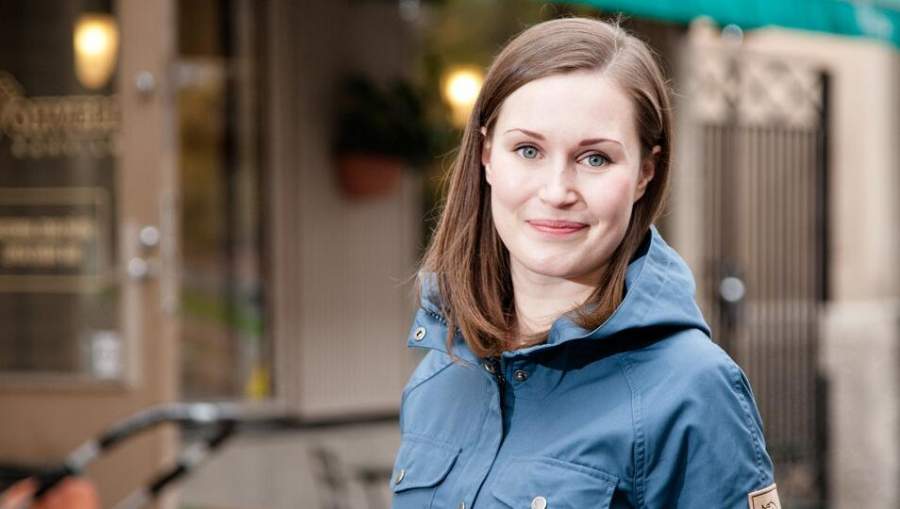 At 34, Finland’s Sanna Marin has been chosen as the next leader to represent her Social Democratic party. Now, she will be serving as the youngest prime minister. After getting appointed, she will be Finland’s third female government leader. She has beaten Ukraine’s 35-years-old Prime Minister, Oleksiy Honcharuk. However, she may not hold this title for long, but for now, she has been appointed like Jacinda Ardern (New Zealand’s Prime Minister) last year who is just 39 years old.

She gets appointed after Antti Rinnie resigns (former PM)

Her appointment comes shortly after the resignation of former Prime Minister, Antti Rinnie who has resigned last week amid political turmoil caused by a strike of postal workers. Rinnie says he plans to continue as the Social Democrats’ leader until a party congress next summer.

Marin is serving as transport minister of Finland

34-year-old #SannaMarin will head a coalition made up of five parties, in a government led by women. “I have never thought about my age or gender, I think of the reasons I got into politics and those things for which we have won the trust of the electorate,” she said. pic.twitter.com/l3gEffiZTr

Sanna is currently serving as the transport minister of Finland. She will lead a center-left coalition government of five parties which is headed by all the women only.

She has started working in Finnish politics at the age of 27 only when she became the head of the city council. On her website, she has said that she first started her political career because she wanted to “influence how society sees its citizens and their rights.”

“We have a lot of work to do to rebuild trust,”. I have never thought about my age or gender, I think of the reasons I got into politics and those things for which we have won the trust of the electorate,”.

Do you know the other four parties in the Scandinavian country’s coalition government are also led by women? Sanna is the youngest of all, she is 34 years old. Jacinda Ardern is New Zealand’s Prime Minister, she is 39, Ukraine’s Prime Minister, Oleksiy Honcharuk, and she is 35 years old. Anna-Maja Henriksson is 55 years old who leads the Swedish People’s party; Maria Ohisalo is 34 years old. She heads the Green League. Li Anderson is 32 years old leads the Left Alliance and Katri Kalmuni is 32 years old is the leader of the Centre Party.

Breaking records and stereotypes for Women and Young people in Politics.

We wish all the very best to Marin for her new role and the responsibilities that she is going to take further.

My party is not in government, but I rejoice that the leaders of the five parties in government are female. Shows that #Finland is a modern and progressive country. The majority of my government was also female. One day gender will not matter in government. Meanwhile pioneers. ? pic.twitter.com/dW8OMEOiqb