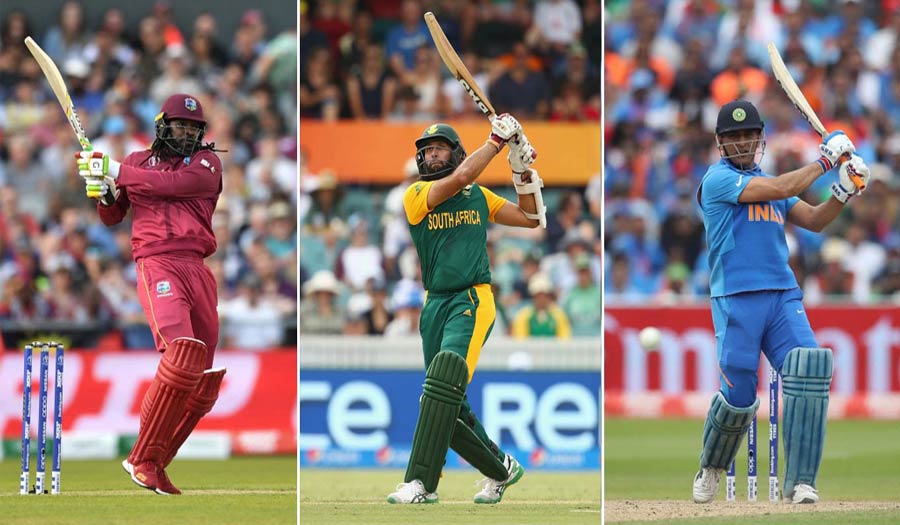 As much as we like the game of cricket we swear by the great cricketers that we are lucky enough to witness their games. The world has witnessed many great champions in all these years and even new faces keep adding to the teams of bests. But what jolts our spirit a bit is when any of a great cricketer bids farewell to the cricket world.

With the farewell of our favorite Sixer King, Yuvraj Singh we are sad to announce that he is not the only one retiring from the cricket world. According to the source we now have names of a few best-known players who may be hanging their gloves after this ODI World Cup (2019).

Read below and find the list of cricketers who could take retirement after world cup 2019:

West Indian player Chris Gayle is a name that every cricket team dreaded to take. His game gives the nightmares to the opponent’s team. When Gayle is amongst those crickets who are totally into the game when they are out on the field. For his fierce batting, people give names that are associated with dreadfuls.

He is one of those two cricketers who have scored a double hundred in ODI World Cup. Gayle has been playing since the 1990s and his game is still the same. But according to the source, this ODI World Cup could be his last one. The great batsman has played 275 matches and bagged about 10k runs.

With amazing 14 years of cricket career, Indian cricket team’s champion MS Dhoni needs no introduction. He is the only wicketkeeper that the cricket world witnessed who is blessed with even better batting and captainship skills.

No matter he is the captain or not, we find Dhoni as the one who is advising and guiding players on the field. Known for his helicopter shots MS Dhoni has almost 10k runs to his account and has played 318 matches till date. But rumors are that this ODI World Cup 2019 might be his last one.

South African player AB De Villiers has nearly 10k runs to his account with a strike rate of 101, he remains one of the best gems of South African team. Famous for his 360-degree shots, the great SA batsman is about to bid goodbye to the test cricket game. His returning from the test cricket match is mostly because of his injuries although it hadn’t stopped him from playing his best matches.

He has played 228 matches and with his great batsmanship stroke about 26 hundred in his career. We are sure not just the South African team but the whole cricket world will miss a gem like him.

New Zealand’s “slog sweeper” Ross Taylor has played 203 matches in his cricket career. New Zealand’s batsman has given his team huge contribution throughout these years, his remarkable contribution was back in 2011 when she scored a hundred against Pakistan. The 235 years old cricketer would be saying goodbye to the ODI tests after the ODI World Cup 2019.

Seems like South African cricket team is going to lose its two gems altogether as the news is around the corner that Hashim Amla is also going to say goodbye to ODI World Cups after the World Cup of 2019. He is one the fastest to score 7000 ODI runs with an average of 50. He has played 164 matches and has hit 26 hundred with his total run rate of 7535 runs.

Seems like 2019 ODI World Cup is crucial to watch as we may be witnessing these five tremendous players for the last time on the field. No matter how many new faces come to the cricket world, the gems of all time remain in the records and memories of us all.