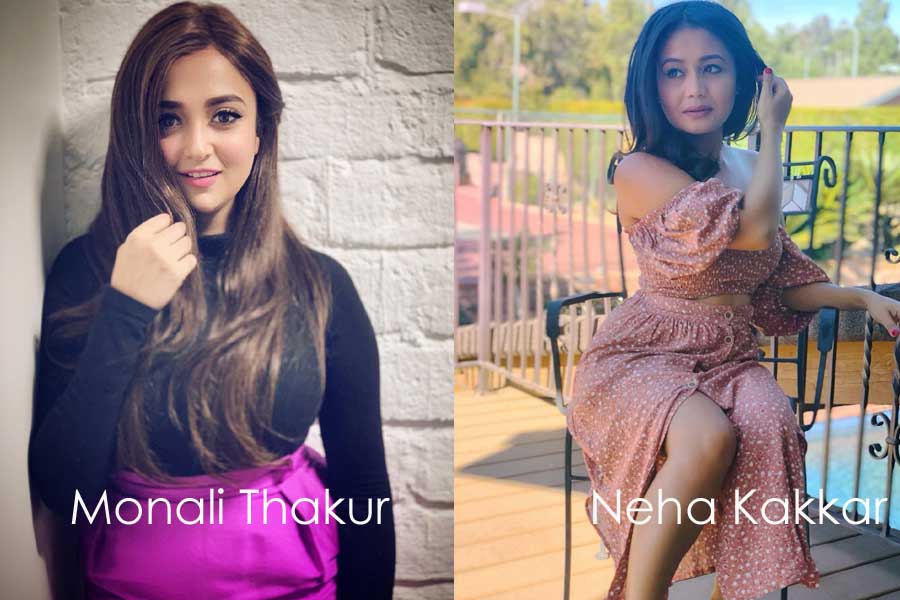 We have seen many Bollywood actresses who are popular for their so-called beautiful looks and their zaniest dressing style. But do we know enough about the beauty behind the soulful voices? Yes! You have heard it right. There are many Indian playback singers who look beautiful as hell, more than a Bollywood celebrity if you know. They aren’t popular because they do not remain in the limelight, unlike Bollywood actresses. They follow their profession of singing to give us the best of songs so that we could get entertained.

Here, we have listed some of the names of the Indian playback singers who look ravishing besides their beautiful voice and impeccable dressing and fashion sense and forget not to mention their perfectly-toned body, hottest figure and cute smile.

Here is the list of some female beautiful playback singers

Tell me Which Video This Look is From??! ☺️ #NehaKakkar . . #OOTD #Style Make up and Hair by @jenniferbuchalla . #DilliWaliye

Do you remember Neha’s very first look when she appeared on national television on a show called, ‘Indian Idol’? Over time, she has changed a lot. Not only her ravishing looks, but she also has an impeccable dressing sense which is making everyone mad about her. No doubt she is cute and she has sung the most beautiful songs ever.

She is also one of the beautiful singers among other actresses in Bollywood. She is the niece of Pandit Jasraj who is the receiver of the most prestigious award, Padma Vibhushan. Not only she has beautifully sung Indian songs, but she has also recorded popular songs in Telugu and Tamil film songs as well.

Have you heard that song, “Ishq Wala Love” from the movie ‘Student of The Year’, this was sung by none other than rocking diva, Neeti Mohan. She is the sister of very talented, Shakti Mohan who is into the dancing profession. No doubt they both are beautiful and everyone knows that well. Neeti also has won the award for best female playback singer for song ‘Jiya Re’ from the movie ‘Jab Tak hai Jaan’.

She is another rocking Mumbai-based singer. Not only she sings, but she is also a model, actor and a VJ. She has sung songs like Man ma emotion jage, Dance Basanti and many more. If you will look at her Instagram account, she has posted some of her hottest pictures there. I am sure you would feel jealous after looking at her perfectly toned body.

Monali is an awesome Indian playback singer. Not only she has got a beautiful voice but also has been blessed with beautiful looks. She looks no less than any Bollywood actress. She belongs from a Kolkata family and has gained prominence after releasing her famous song ‘Sawaar Loon’.