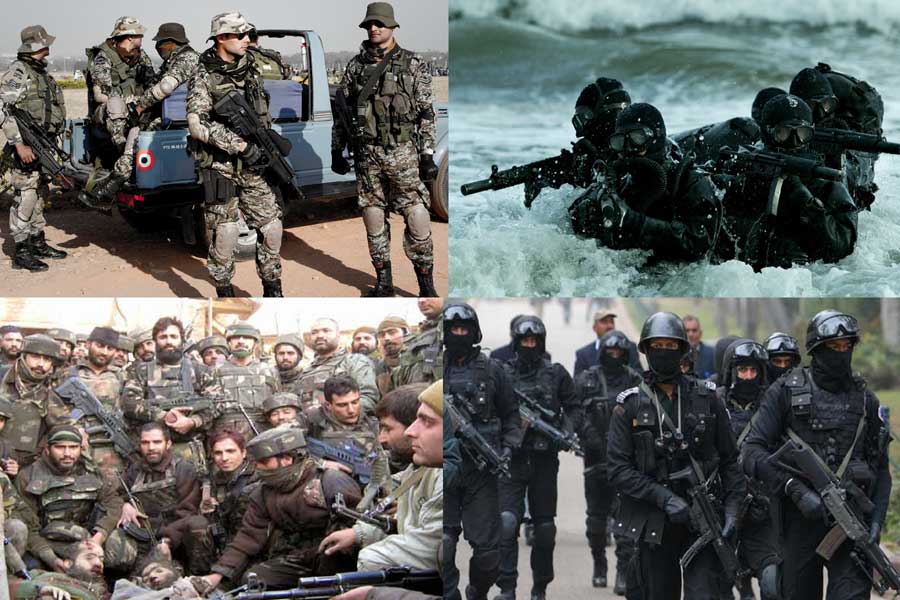 However, to do us proud these are Indian Special Forces who are among the best in the world:

Highly Trained Special Forces of The Indian Army- only the ones who are physically the fittest, mentally strong, intelligent, and highly motivated soldiers are a part of this fleet.

They are highly trained in terrain and environment warfare and deep sea diving. They are given the toughest training in the world, like running daily with weights of 60kgs for a distance of 20kms.

Specialize in Raids on Enemy Artillery positions, Airfields, Supply Dumps, and Tactical Headquarters-  they face the foes face to face and thus only the most physically and mentally strong soldiers can be a part of the Ghatak Force.

They lead man to man assault ahead of the battalion and are experts in directing artillery and air attacks on targets deep in the zones on enemies.

It has two units, one is Special Action Group (SAG) that consists of the Indian Army personnel and the other is Special Ranger Group (SRG) for the counter of terrorist activities. The selection process is highly difficult thus the drop out rate is 70 to 80 percent.

The ones who are selected are sent for the training of 9 months and it is then that they become Phantom NSG Commandos.

India’s Most Lethal Special Force- it is really very difficult to join MARCOS. They are experts of the maritime warfare and the level of difficulty can be assessed from the fact that almost 80% of the applicants abort the training within the first two-three days on the long, rigorous fitness and aptitude test.

Its only after the successful completion of the test that they are sent for five week-long processes that are termed as ‘hell’s week’. The training here is as the name, suggests they are kept sleep deprived and made to do rigorous physical activities.

To qualify as a Guard it takes rigorous training of 3 years. They are skilled at anti-hijack and counterinsurgency, jungle and snow training, specialized weapon handling and advanced driving skills.