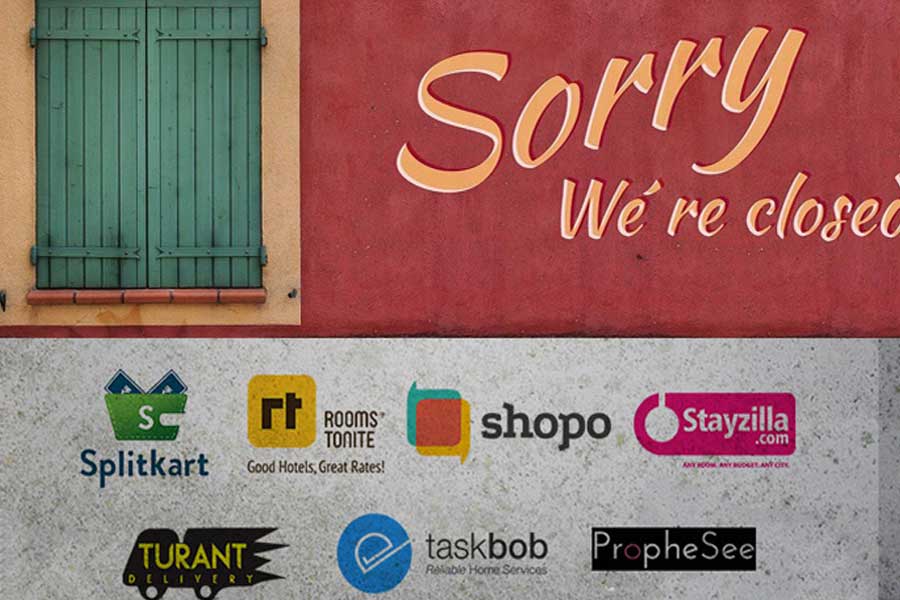 What comes to your mind when you think of startups? Well, it sounds very simple and easy to execute but it is nothing like that. Launching a startup of your own requires lots of hardship to flourish the business in the long term. Additionally, it also requires a proper floor plan, management plan and funds to execute it properly. If you would lack in any of these parameters it can fail miserably leading you to losses. Have a look at some of these startups which have failed due to these mistakes only. I am sure that you can learn many good lessons from the mistakes committed by them.

Scroll down to know about them more.

Just Buy Live was a startup whose aim was to connect all the retailers directly to different brands across multiple categories like fashion, stationery, smartphones, auto, personal care, food, and drinks, etc. The startup was also offering unsecured loans to small business owners to facilitate the transaction on its portal and provide funds to small retailers. The startup has managed to raise $100 million series B funding from a Dubai-based investment firm, Ali Cloud Investments.

This startup has failed miserably failed due to no proper planning of scalable business models and negative cash flow. As per the latest report, the startup’s co-founder has said that the company has temporarily been shut down for some time and it would soon resume its operation after raising fresh funding.

The startup, Shotang was a business-to-business (B2B) online marketplace that was launched to connect retailers, distributors and various manufacturers to carry their business online using their platform. It used to earn revenues based on commissions paid by distributors per transaction.

Although the startup has raises a series of funding from different investors like Patamar Capital in February 2019 (INR 6.8 Crores) Exfinity Venture Partners in December 2015 (INR 36 crores). It is believed that the startup has risen the funding to pay off its creditors, employees, and partners.

The startup has shut down its business in June 2018 but the exact reason for its failure is still not revealed. The company has raised $2 million (INR 13.98 Cr) in a seed funding round from a Singapore-based maritime services company, Alphard Maritime Group.

Undoubtedly, the company was India’s largest crypto exchange that enabled users to buy and sell Bitcoins and other cryptocurrencies like Litecoin, Ripple, etc.

Zebpay has decided to shut down its operation completely soon after the official announcement by RBI in April 2018, which has restricted banks and payment companies to extend any services to crypto exchanges and wallets. The company closed its operations on 28 September 2018 by saying that they are unable to chalk out any other way to carry out the business at this point in time.

It was really an interesting bike rental startup that has helped millions of people to commute to their offices at only Rs. 5 per km. Its mobile app was integrated using GPS tracking technology which was used to do live tracking of the movement of the vehicle.

The company has shut down its operations because it was not able to generate positive cash flows out of its business.

Why is A Virtual Office The First Choice of Startups and Small Businesses in The UK?

How to Grow and Sell a Startup: The Ultimate Guide

How to Become an Entrepreneur with No Money & Experience