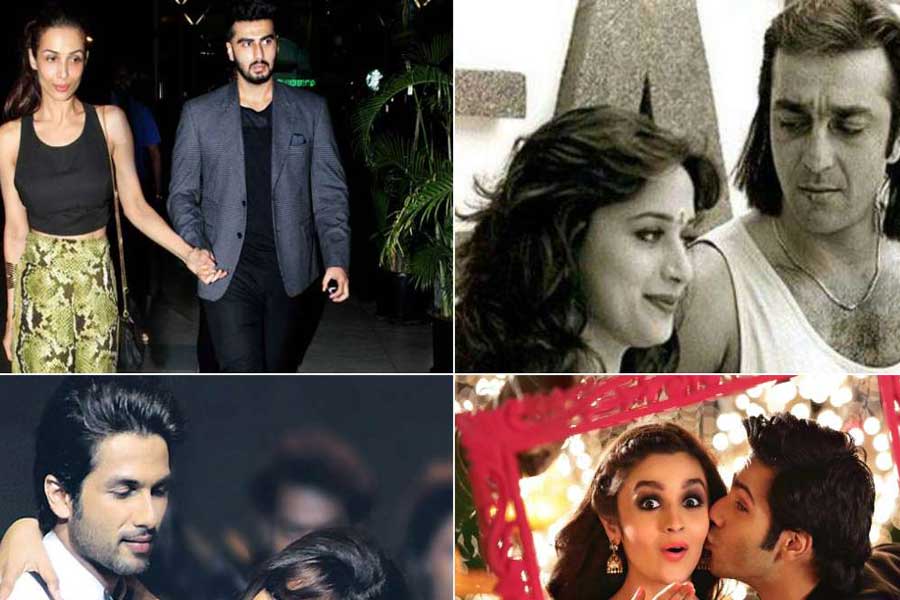 Getting split from someone whom you adore the most is one of the saddest and worst experiences which we come across in our life. If you meet someone who means everything to you and then suddenly gets apart from each other after knowing that you are not made for each other. But you know what some love stories are such which are still there in the heart of everyone as they were the most beautiful.

But due to some unfavourable circumstances and bad situations, one has to take the strict decision and get apart from the one we love just for the sake of our society and family.

Here, we will discuss some of the unfortunate love stories which remained incomplete.

Yes, this is true that the Chandni of our Bollywood world who is no more and the very talented disco dancer was once were in love with each other. The fell in love with other badly at the sets of “Jaag Utha Insaan” but their love couldn’t reach to the destination as Mithun later got married to Yogita Bali.

They never made their affair to go viral among the public but it got caught in the limelight soon among the fans. Even, Sridevi had asked him to get married secretly but he refused to do that and their love story ended then and there only.

Later, Sridevi falls in love with Boney Kapoor who is the famous producer in Bollywood.

Both of them were quite famous at that time where Raveena used to set fire on the big screen due to her sensuality and hot personality. She once fell in love with Akshay Kumar, who is the king of Bollywood. They start loving each other when they were shooting their film together named as, Mohra in 1994.

Even they got secretly married also in mandir without letting anyone know about their secret affair. But later, Raveena has discovered that Akshay Kumar got involved in some other relationships also being with her. It is when their love ended on a bitter note.

Amitabh and Rekha were one of the most successful and romantic pairs of Bollywood who were madly in love with each other and were always there in headlines due to their love and affection towards each other.

They fell in love with each other on the sets of “Do Anjane” and the news started to spread like a fire among their fans. It was also believed that they secretly got married in Mandir without involving anyone from their family and friends.

Although, Rekha always spoke about her affair in public Amitabh never admitted his love towards her.

Well, they used to look cute being with each other. They fell in love with each other on the sets of “Neal and Nikki” where Tanisha looked so hot and sensual in her short clothes.

It has been reported that they got married secretly, but Uday apparently backed out after Tanisha asked to sign a prenuptial agreement before they get married to each other.

After dating Tanisha, Uday also has dated many other actresses such as Nargis Fakhri, while Tanisha dated Armaan Kohli on the set of Bigg Boss. But as of now, they both are single.

They both also were madly in love with each other. They have made a sensual couple dating each other for a longer period of time. Dino Morea was Lara’s long-term boyfriend and live-in partner, Kelly Dorjee. But as soon they broke up with each other, Dino start dating Lara.

But the destiny hasn’t favoured them and their love affair ended in a short span of time. Now, Lara is married to Mahesh Bhupathi and Dino is reportedly dating Nandita Mahtani.