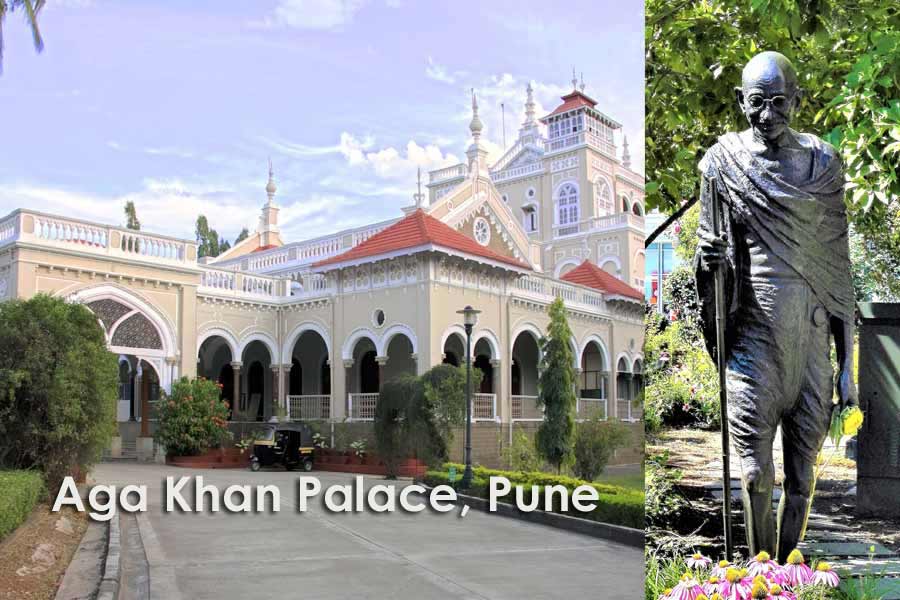 Mahatma Gandhi or Mohandas Karamchand Gandhi to whom we love to call as ‘Bapu’ needs no introduction I guess. He is the man who struggled a lot to give us Indians the freedom that we are enjoying today. He led so many movements like Dandi March, Satyagraha. He made us learn non-violence, harmony, peace, and love. On his 150th birthday, we are paying him tribute and remembering all the good deeds he did for us and for our nation to get the freedom. So, here I am listing some of the places which are associated with the life of Gandhi Ji.

One can go and visit these places and see what all is there and get to know what he did for India. Scroll down to see the list of places.

This is one of the best places that remind us of Gandhi Ji. He and his wife Kasturba Gandhi lived here. It is located on the bank of Sabarmati River, Ahmedabad. This is the place where two of the most important were started which were Dandi March and Salt Satyagraha. The Ashram gives us a quick recap of the pre-Independence history of India and the life of Mahatma Gandhi.

This place was previously known as Birla House or Birla Bhavan. At this place, Gandhi Ji spent 144 days of his life before he was assassinated. The property belongs to Birla’s, but now this museum has been dedicated to Mahatma Gandhi. The place has some of the popular exhibits which attract tourists from different parts of the world like Gandhi Ji’s room where he lived, the prayer ground where he was martyred.

This is the place where Gandhi Ji has started his political movements. This place remained as the political headquarters for 17 years. The movements that were initiated from here were Non-Cooperation, Satyagraha, Swadeshi, Khadi and the Khilafat movement. And, do you know this place has one major attraction that garbs everyone’s eyeballs and that is the huge library on the ground floor which has more than 50,000 books dedicated to Mahatma Gandhi.

Do you know this place actually served as a prison for Mahatma Gandhi, his wife, and secretary Mahadevbhai Desai after the launch of the Quit India movement? In fact, Kasturba Gandhi and her secretary passed away in this jail itself. It is located near River Mula in Pune. This place was also the shooting location for Sir Richard Attenborough’s iconic film, Gandhi.

National Gandhi Museum is located in the popular Rajghat area in the national capital region, New Delhi. This is one of the places that remind us of the great deeds done by Mahatma Gandhi. It was opened after Gandhi Ji was assassinated. It is famous for its impressive collection of art pieces and Gandhi’s personal memorabilia. The museum also has Gandhi Ji’s slippers, spectacles, beddings, jail bowl, a stick which he used in Dandi March.

Sevagram is a small village which remained as headquarter for Gandhi Ji for long 6 years until 1940. He lived here this long because he has planned not to go back to Sabarmati until India will get free.