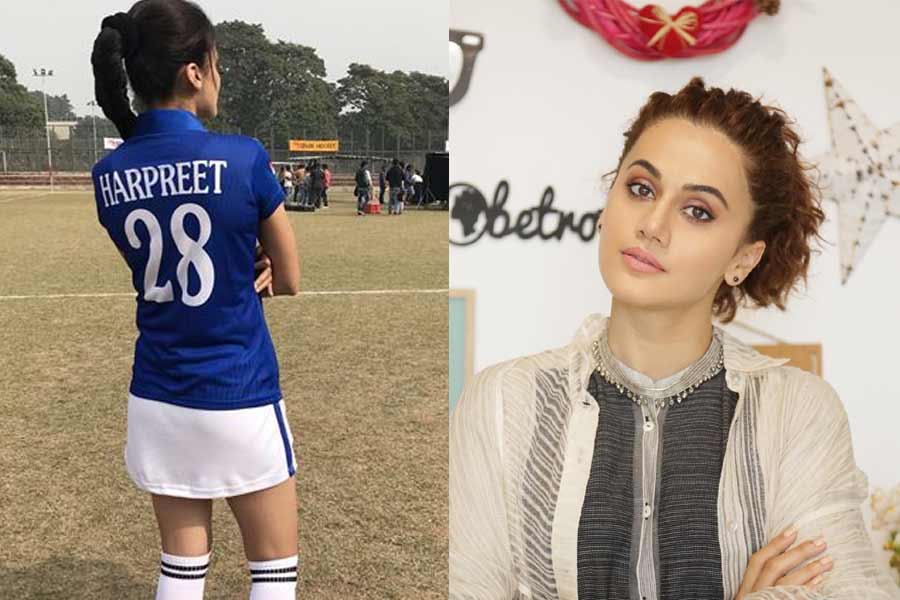 One of the most popular, bold and brave actresses of our Bollywood, Tapsee Pannu is known for her glamour and the dedication that she gives in each of her movies. She is a girl who loves to take up challenges and experiment with them to give the best, which surprises the audience every time. Not only she is beautiful but also possesses excellent acting skills which have made her the most famous actresses among others. She has made her flawless appearance in dozen of movies and we were happy to see her new avatars in each of the films she has made.

Be it ‘Seema’ in Chashme Baddoor, ‘Shabana Khan’ in the movie Nam Shabana, ‘Minal Singh’ in Pink or as ‘Harpreet’ in Soorma. Every role that she played in these movies was spectacular and was appraised a lot by her huge number of fans.

We have compiled here some of the best movies in which she played iconic roles. Scroll down to know more

This was her first movie which has made her entry into the glamorous Bollywood life. In the movie, she plays the character of ‘Seema’ who is a young girl, and young boys are trying their best to impress her. Well, the movie was an all-out entertainer and has pretty fun dialogues to make the audience well engaged.

You can also read: 10 Most Beautiful and Popular Actresses of Asia

In the movie, Baby we get to see her action avatar for the first time. She worked along with stunt man, Akshay Kumar in the movie. She had played the most iconic role in the movie which was played by none of the actresses before in the history of Bollywood. She played her role as ‘Shabana’ who is a spy and they both act on a combined mission to catch a terrorist.

Pink was one of the best movies given by Tapsee. She has given a very powerful performance in the movie. She played the role of a free-spirited young girl who loves her freedom as a single woman in Delhi. After facing an unfortunate incident that she faced along with her friends, she decided to break the silence and appear in front of the court. Kudos to Tapsee for giving such a brave character.

You can also read: List of 6 TV Actresses Who are Not Just Bold, But Extremely Pretty and Also the One Show Changed the Game of Television

The movie, Mulk revolves around the struggles of a Muslim joint family that fights for their honour after one of the family members turns to terrorism. Tapsee has delivered a stunning performance as she has played the role of a lawyer who fights on the behalf of the Muslim family.

Soorma is a biopic based on the real-life story of the Indian hockey player, Sandeep Singh. The role was quite different for her but she has trained herself well to get fit into the role. She got trained from none other than Sandeep Singh. So, these were some of the best movies given by very talented Tapsee Pannu in Bollywood. If you haven’t watched all these yet, go and watch them right away as they’re worth watching.

You can also read: Top 5 Plus Size Television Actresses Who Proved That They Are So Talented