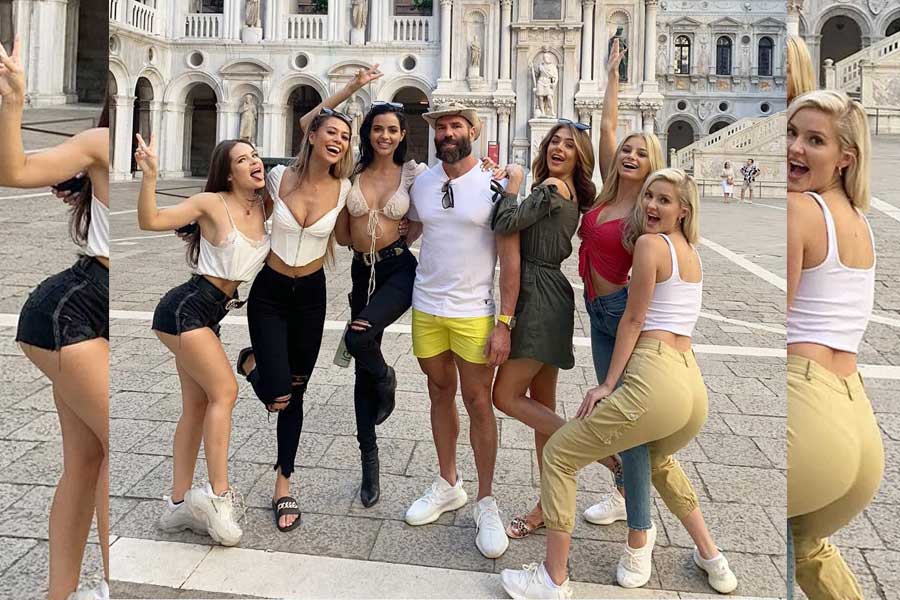 Dan Bilzerian is a famous American poker player who is famous for his bizarre posts on Instagram along with half-naked women and his favourite machines like guns, cars, and bikes. I know every man out of there must be jealous of him as such an outlandish life he lives about which most of us could not even think of. He is also popularly known for throwing expensive parties in a pair of shorts and t-shirts which has become his ultimate style. Apart from all expensive labels, cars, machines, he also has a huge candy dispenser where he loves to store candies from all over the world.

Now, look at some of the expensive things which his closet has about which we could only dream of.

1. Walk-in closet full of expensive and designer labels all over

Not only women like to go shopping, but even men are also mad about it. We have the mind-blowing example in front of us and i.e. Dan Bilzerian. Like many billionaires, Dan Bilzerian has the walk-in closet for which most of us could only dream of. In fact, he has a $40,000 (approximately Rs. 28.72, 020) suit which he has never worn. I mean how he could not wear those expensive labels even once?

Sweet Richard Mille collection is Bilzerian’s favourite brand. You might have seen him mostly wearing a pair of shorts and funky t-shirts. On top of that, he never forgets to wear his expensive and crazy watches. In this picture, he is wearing Richard Mille’s RM 030 White Rush which costs around Rs. $166,500 and about Rs. 1, 19, 53,867 in Indian currency.

Do you know Dan Bilzerian is fond of guns, machine, guns and of course, his long and hairy beard? When he was India, he was gifted a customized deep red jacket by NM design studio which has the initials of those things which he likes the most as I told above. No one could afford such an expensive jacket as NM studio design is itself a big name and usually worn by celebrities like Emmy and Ranveer Singh.

Also read: Top 8 Most Expensive Clothing Brands in The World

Now, this is something crazy which we can’t even think of. We know he is a man who is too hairy so that’s why he would have decided to purchase a personal hair removal machine and keep it at home and sue whenever he feels like. Not only this one, but he also has many others too. Even he posted a picture of his machine on social media with the caption, “Bought another laser hair removal machine to help combat my shitty hairy genes.” Damn!

The movie theatre is also one of those luxuries items that you will find at Bilzerian’s house. Half-naked women all-around along with some popcorn and a cozy movie theatre in the house itself. Now, who would not like that in his/her home just like him? But that’s pretty costly and sadly, we cannot afford like him.

Also read: Top 8 Women’s Shoe Brands Which are Also The Most Expensive Ones