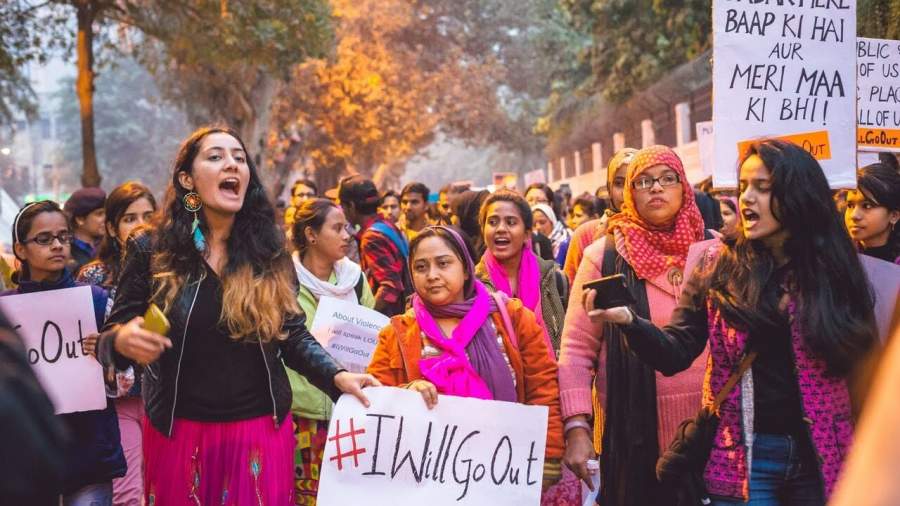 What comes to your mind when you heard of the word ‘feminism’? Maybe favouring women more and showing men as inferiors. It’s not correct. Feminism is something not related to just women only it is a belief where it demands an equal opportunity to both the genders and not overpowering women over men. Feminism is a notion where all humans should be treated equally irrespective of their gender, caste, colour or creed. Most of them think that ‘Feminism’ is a movement only for women but it’s not just a women movement.

It’s a movement for all humans that means giving freedom and equality to both, i.e. men and women. If we talk about feminism, how can we forget mentioning some of the greatest feminist icons in our history which include names like Rani Lakshmi Bai, Chandbibi, Sita and many more?

Let me tell you more about why is feminism important in a country like India?

1. To liberate women from male dominance

Do you know why India needs feminism? It is because to free women from male dominance. A woman of today should be considered as the responsibility of only men to take care of her throughout life. She should be capable enough to take care of herself so she is not dependent on her father, husband or son.

Several practices like Kanyadaan, Raksha Bandhan and Pardah system highlight the importance of male dominance in the society which shows that women are weak and they need protection from men.

India needs feminism to promote gender equality. Both women and men should be treated equally in society. We know that women are considered inferior as compared to men. They are forced to do things which they don’t want like getting married at an early age. They aren’t allowed to do their own business or enroll themselves in the job.

So, if feminism would be there, they will also get an equal opportunity just like men gets so that they can also do whatever they want.

3. To make sure that women should be respected whether they are working or not

In India, it doesn’t matter whether women are working or not. She is still treated with disdain and considered inferior to men. Most of them think like it’s a big crime if a woman is well-educated and can support herself. If a woman chooses to take care of her children rather than doing a job is criticized and if she wants to do the job and does not want to stay at home still she is criticized. No matter what women are criticized in every situation which is not the right thing.

3. Breaking the taboo of menstruation

Women in India are treated no less than animals when they are on periods. During this time, they aren’t allowed to touch anything, they are forced to sleep on the floor, and even they can’t talk to anyone. Isn’t that cruel treating like this way? In India, there is a lack of knowledge and awareness about menstruation which is important for everyone to know.

Women in rural India don’t have access to hygienic sanitary pads due to which they get an infectious disease or die. The reason behind this is they are shy to talk about this thing because of the mindset men have which needs to be changed.

4. To stop telling women how should they dress

In India, women are persistently avoided or rejected for the choice of their clothing. They are judges on the type of clothes they wear. They are not allowed to wear short clothes as it invites rapist towards them to do badly against them. So, we need feminism to remove this mindset that clothes can’t describe someone’s freedom to live.

Also read: 7 Powerful Women Who Are Making A Difference