When You are Bored, Alone, or Both, Playing a Game of Solitaire Could Just Be What The Doctor Ordered 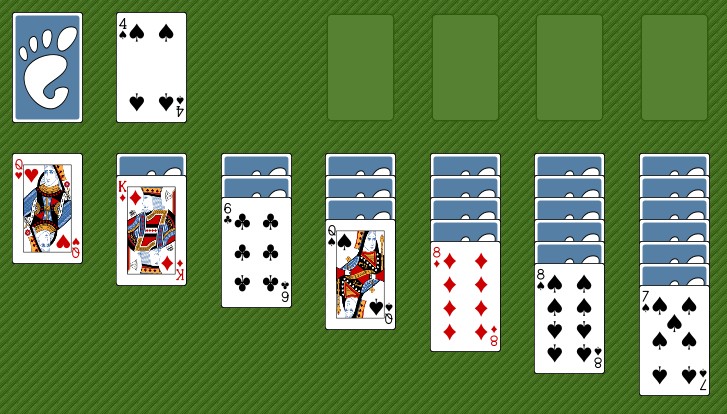 Many things are discovered out of necessity, and quite a number are borne out of boredom. Solitaire is evidently of the latter kind, but really, who cares? Whether you’re home alone, sick, or just stuck somewhere where you need to kill time, you can probably do worse than playing a simple Golf Solitaire game.

Not surprisingly, Solitaire was thought to have been invented by a French aristocrat who was supposedly in prison during the reign of King Louis XIV in the 17th century. Whether the story was true or not, it calls attention to the oldness and nature of Solitaire. According to the first documented reference, the game was definitely at least four centuries old and is simply meant as a diversion to pass the time.

Over the years, hundreds of variations arose from the Solitaire and Patience games. All in all, depending on who you ask, there are at least 500 to 800 varieties of Solitaire games, ranging from the classics to the virtually unknown.

5 Most Popular Solitaire Games You Need To Learn

It is impossible to pinpoint every Solitaire game there is. What you can do is learn about the most popular variations and any other type should come in handy. After all, these games follow the same basic set of principles.

Here are the 5 games that every austere Solitaire player must know:

Klondike is the most popular type of Solitaire game. If people mention Solitaire, they probably mean Klondike. Klondike, unsurprisingly, is the classic Solitaire game. Solitaire players often see nothing out-of-the-world exciting about this game, but it has all the elements to get you started.

This game needs a standard 52-deck card and is composed of three piles. These piles are Tableau, Stock, and Foundations. The Foundations are where the four aces should go. The Tableau comprises 7 piles, with the first pile containing one card, the second having two, and so on. The top cards of each pile are the only ones facing up.

The Stock is the last remaining pile. It is the deck beside the foundation and is placed facing down.

From here, you can only make three legal moves.

A) You can move the cards from the Stock and Tableau to the Foundations. Obviously, these cards need to be Aces.

B) You can move cards from the Stock to the Tableau.

C) You can move cards within the Tableau.

As previously mentioned, Foundations should only contain Aces at first and followed by ascending order. Cards in Tableau follow a descending order with an alternating color sequence. The top card of a pile in a Tableau may be the only one that can be moved to the other piles within.

The goal of the game is to arrange the entire deck into suit-specific Foundations. You do that, and you win.

Canfield is said to have been invented by a casino owner in the late 1800s by the name of Richard A. Canfield. From that alone, you can discern that it’s not going to be a walk in the park. In fact, the probability of winning in a game at Canfield is extremely low. However, if you like a faster-paced game for maximum excitement, then Canfield won’t disappoint you in that regard.

Pyramid is more a pairing and addition card game than a Solitaire variation. The game begins by creating a pyramid of seven rows. The top of the pyramid has one card, the next row two, and so forth, with each card overlapping the previous row.

When playing like this, certain cards from the sixth row will “open up.” That means there is no longer a card that lays on top of it. When this happens, you are now allowed to pair this card with a card drawn from the remaining pile or deck. When a drawn card from the remaining deck can’t be used, you put it face up into the Waste pile. Play will continue until no legal moves remain or all the pyramid cards are removed.

While Pyramid does not even resemble the classic Solitaire game, Free Cell does. It is considered a more strategic version of Klondike but with a higher probability of winning. For many, that should be enough reason to play Free Cell because it will make you feel good about yourself.

There are also several differences between Free Cell and Klondike. The former has no Stockpile and uses all 52 cards face up. And one of the most significant differences is that the four free cells in this Solitaire game (hence the name) can be used to hold any card so that it frees up the cards underneath them.

Here is how the game is played:

Forty Thieves is the game that contains the fundamentals of most Solitaire variations. Learn how to play 40 Thieves, and it’ll open the gateway to another 100 or so Solitaire games. It is not overly simple and overly complicated at the same time; that’s why Forty Thieves has survived 100 years after its invention.

Here is how to play Forty Thieves:

While no man is obviously an island, there are always added benefits to playing an intellectually-stimulating game like Solitaire. It should come in handy when you need to be preoccupied while killing time in the process.

On top of that, spending some time alone is beneficial for your mental health. Playing Solitaire means you don’t have to deal with the opinions of others and just move as slowly as you would like. The game also calms the minds and the nerves as contemplating strategy in the middle of the game puts you in a light meditative state.

Whatever reason you have for playing Solitaire, be sure to simply have fun and take advantage of that alone time. But then again, it also wouldn’t hurt if you reap personal benefits along the way.

Also read: What You Need to Know About The Knights in Tarot