5 Successful Indian Female Entrepreneurs Who Have Made It high 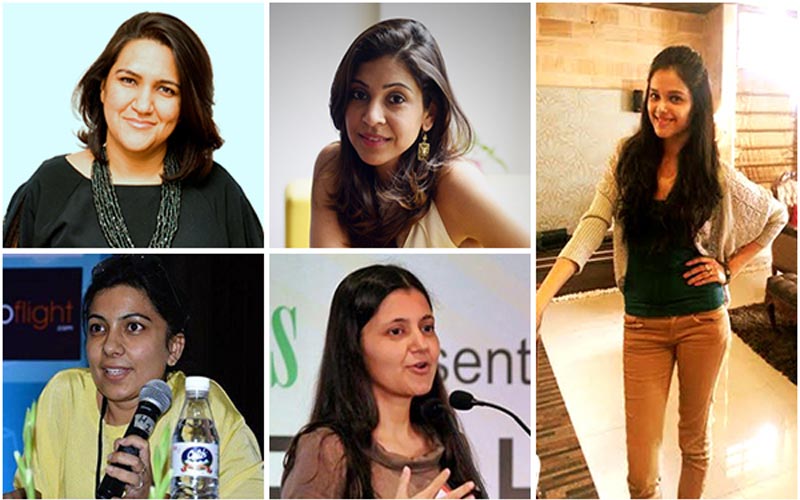 These Indian female entrepreneurs have broken the glass and chased their dreams. They have inspired millions and became truly a woman of substance. They gave up on their 9 to 5 jobs or life as a salaried executive and have soared high and made the impossible as possible.

Here are the ladies who have made their way in the field of entrepreneurs:

The founder and CEO of Mydala a company with a net worth of $150 million. A very educated young lady with Master’s degree in political communication and MBA from America in Information Systems. Was against the 9to 5 job.

Thus she started her Kipnis Software Solutions in USA that managed digital content for numerous corporate clients and big names. Then she moved on founding Mydala.com that happens to be the biggest coupon provider in India. The company started with $4.4 million.

She along with her better half-formed Mad Street Den a cloud platform that uses artificial intelligence to identify facial expressions and faces. With Intel in Silicon Valley, she started her career but left it to chase her dream.

She received initial funding of $1.5 million in the year 2013 and from where she grew it to be a firm that earns $1 million in revenue every year. They generate money from advertisements, affiliate marketing and from e-commerce.

She founded an e-commerce platform Limeroad that is a common household name. the online store is a platform for the latest styles of dresses that are meant for the urbane woman.

The company started in 2012 and earns through commissions on sales and affiliate marketing and advertisements. The started with initial funds of $20 million and now makes Ths annual revenue of $7.2 million.

She has many feathers in her hat, an entrepreneur, a consultant, and social media strategist. she is the co-founder of socialsamosa. the website was launched in 2011 with an investment of $9 million.

It gets its revenue from advertising, monetization of data, e-commerce and affiliate marketing. The annual revenue of the company is $5 million.

The small town girl with a brave heart. Born in Jharkhand this lady is the co-founder of Menstrupedia and deals with the issue of female hygiene during the menstruation. She was deeply touched by the issues that women face during those days. She made a comic book to educate girls about menstruation is a breakthrough revolutionary book.

The book is being used in 75 schools to educate the girls. The company was formed in 2012 and since then it has just grown bigger and bigger and reached the interiors of the country. She was listed in the Forbes India U- 30 list.

They have paved a path for the generations to come and proved their worth. They have aspired and taken gender equality aspect to another level.