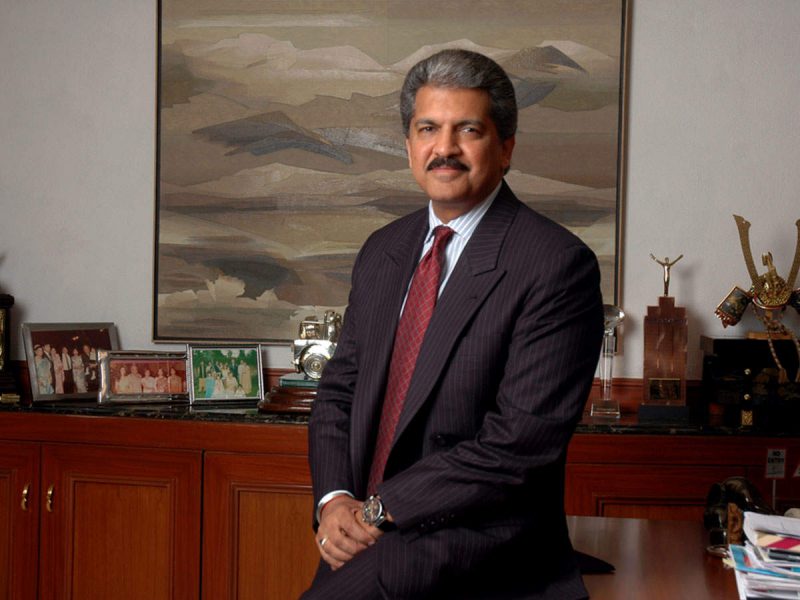 The internet may be criticized but then in spite of all, it is a great platform to interact with people. Anand Mahindra from the Mahindra Group uses On the internet for good reasons and on the basis of his Twitter interactions makes generous contributions towards needy people just as a part of his responsibility towards the society.

Here are a few examples of his contribution to society:

1. When he gifted mini truck to a man who had modified his auto into a ‘Scorpio’

Iconic. A way to ‘Rise.’ Thanks for sharing this.Can you help locate him? I’d like to buy it for our museum & give him 4 wheels in return.. https://t.co/uwQ5wYcDpW

A Twitter was tweeted to Mahindra to show the creativity of a man who had modified rear of his auto to look like a Mahindra Scorpio. The creativity impressed AnandMahionra that he bought the car for his company’s museum and gifted a brand new Mahindra Supro, Mahindra’s four-wheeler to the man. This is where business appreciates creativity.

Here’s Sunil, the proud owner of the 3 wheeler ‘Scorpio’, now a happy owner of a 4 wheeler. All thanks to you twitterati! (2/2) pic.twitter.com/5nb12j2dnj

A visual artist used his creativity to protest against the bad state of roads in Begaluru’sSulthanpalaya Main Road. He made a life-size crocodile in the 12ft long pothole. Twitter identified the man being a Mysore based artist, BadalNanjundaswamy and the businessman reached to him and got in touch with the artist.

A terrific story of entrepreneurship to end the week with.At Mahindra,we call this a Rise story. Am so delighted the Bolero played a small role. Can someone reach her & tell her I will personally invest in her expansion by supplying a Bolero for the second outlet she’s planning? https://t.co/1J4fcLxdUg

Anand Mahindra helped a Mangalore woman named Shilpa to expand her food business. The 34 years old was facing the financial crisis and took one lakh saves for her son’s education to buy Mahindra’s Bolero pick up truck.

She converted it to a food truck and started to sell North Kannada delicacies. Someone tweeted about this to Anand Mahindra and he helped the lady to expand her food business.

4. He helped a cobbler to get brand new kiosk custom made to him

This man should be teaching marketing at the Indian Institute of Management… pic.twitter.com/N70F0ZAnLP

Anan Mahindra got the WhatsApp of a cobbler who claimed himself to be the doctor of ‘hurt shoes’. The marketing skills and innovative tag line impressed the generous business and he got him located. His team in Haryana located him and then the businessman got him his own kiosk.

5. He appreciates sportsmen too

But am adding a gift of ₹10lacs from my personal a/c.His paralympian Gold was achieved against higher odds. His was a #Rise moment (2/2)

He gifted a Mahindra Thor to honor a Paralympian’s achievements. There were Twitter requests made to him to gift a car to the Paralympian Mariyappan Thangavelu who had done proud to the country by winning a gold medal in high jump at the Rio Paralympics.

He was moved by the skills of a sports person and gifted him the car. You earn from society and are blessed but if you help others it shows how good a person you are.