6 Common Myths About Women With Tattoos 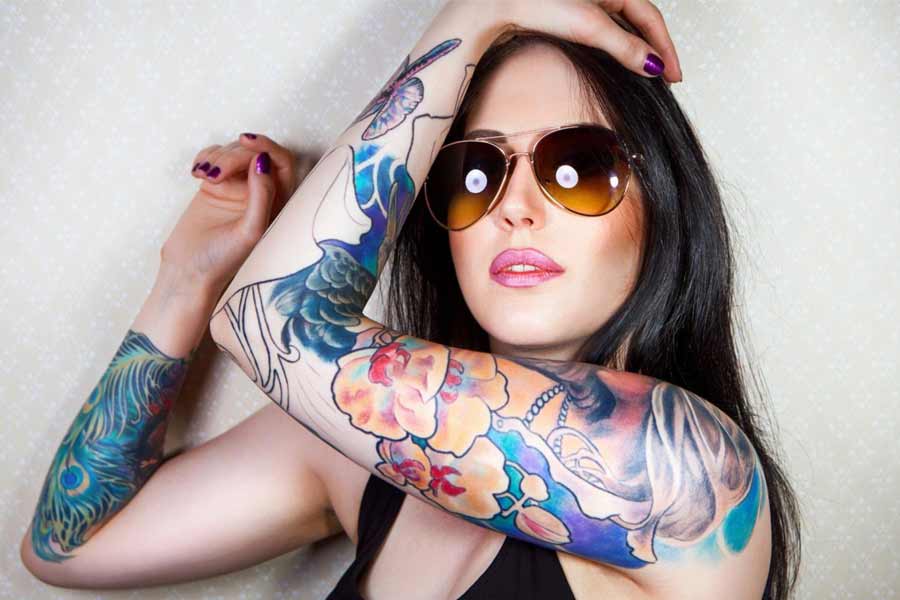 Every person has a different opinion which is a totally healthy thing, but there are always a set of people, in almost every society, who start to believe their opinion as a universal truth. Such is a case when it comes to Tattoo. In some societies getting a Tattoo done is actually part of their ritual and culture where in some areas of the world it is totally known as a funky and cool fashion trend.

We believe tattoo is not a taboo but an example of a man/woman freedom that he/she practices on his/her own will. There are some people present who have a set of myths, myths that are primarily related to the women of the society. We are not raising a feminist question, but a humanist one.

So here, we have compiled some of the common myths that you might get to hear about those women who get inked. Well, use your common sense to debunk them.

1. They are usually less or uneducated

We never knew they give a graduation degree to those who manage to live without a tattoo. Well, jokes apart, some people actually associate tattoo with illiteracy and judge a woman’s knowledge system and academic background basing it on their tattoos. Funny, right?

2. They can never be an ideal mother

Yeah, this! The society has all the liberty to denote certain terms, figures, and behaviour to a mother that a woman with the number of tattoos on her body is considered not a good mother. Get a job, people!

Most of the people judge a woman’s womanhood when they see them covered with colourful tattoos, a brow pierced or God forbids, with boy cut hair. Gender issue?-Nay, mental issue.

4. Either they are a tattoo artist or they are vagabond

Yes, some people take every woman with a lot of tattoos to be a tattoo artist herself or they image them as an unemployed, vagabond.

How can people think that a woman gets tattoos because she wants to seduce more men and want to be sexually attractive? Please don’t make such assumptions until it is inked on their skin or you will be really disappointed.

At some point, people go on to think that those women who have their body inked find it hard to get settled in marriage. How does the institution of marriage gets associated with a Tattoo? Any law yet?

Tags: Myths About Women With Tattoos