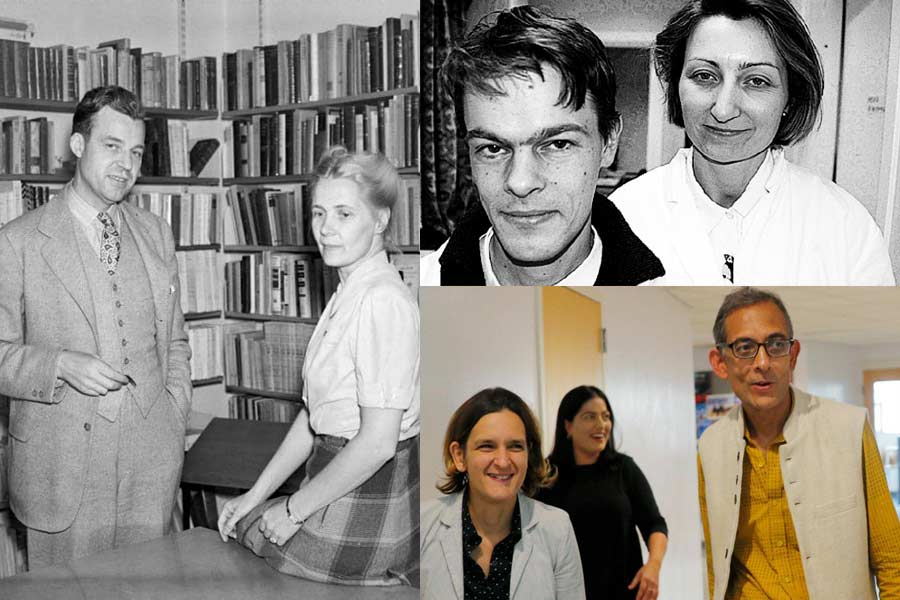 We talk about love only when it comes to couples, but did you know if a couple who stays together and work hard together can do wonders. They can achieve anything in their life. There are a plethora of examples that can prove right this thing. Here, we are mentioning some of the popular couples who have won the Nobel Prize for their combined hard work and contribution in the various fields. Recently, Abhijit Banerjee and Esther Duflo were awarded the Nobel Prize in Economics for their outstanding efforts to eradicate poverty.

Other than them, there are some other couples too who was also honoured with the prestigious Nobel Prize. Have a look.

The couple has won prizes in different categories. Gunnar is a professor at the Stockholm School of Economics and also a member of Swedish Parliament won the Nobel Prize for Economics in 1974 along with Friedrich August von Hayek for their outstanding contribution in the theory of money and economic fluctuations. Alva Myrdal along with Alfonso Garcia Robles won the Nobel Peace Prize in 1982.

They both have received the Nobel Prize in physiology or medicine in 1947 along with Bernardo Alberto Houssay for discovering the catalytic conversion of glycogen.

Marie Curie and Pierre Curie have received the award or their combine efforts. They received the Nobel Prize in physics for their joint researches on the radiation phenomena. They both even got awarded for discovering unknown elements i.e. polonium and radium after the discovery of radioactivity by Henri Becquerel in 1897.

They both received the Nobel Prize in medicine in 2014 along with John O’Keefe, US- British scientist for discovering the brain’s positioning system. They also coined the term “inner GPS”.

Irene Curie, the daughter of Marie and Pierre Curie along with her husband Frederic Joliot has received a Nobel Prize in chemistry. Both of them have also studied the atom’s structure to discover the neutron. Did You Know they also participated in building the first French early nuclear reactor?

They were together honoured for Nobel Prize in Economics for their combined study on poverty in 2019.

So, these were the list of couples who got the Nobel Prize together for their teamwork and hard work.