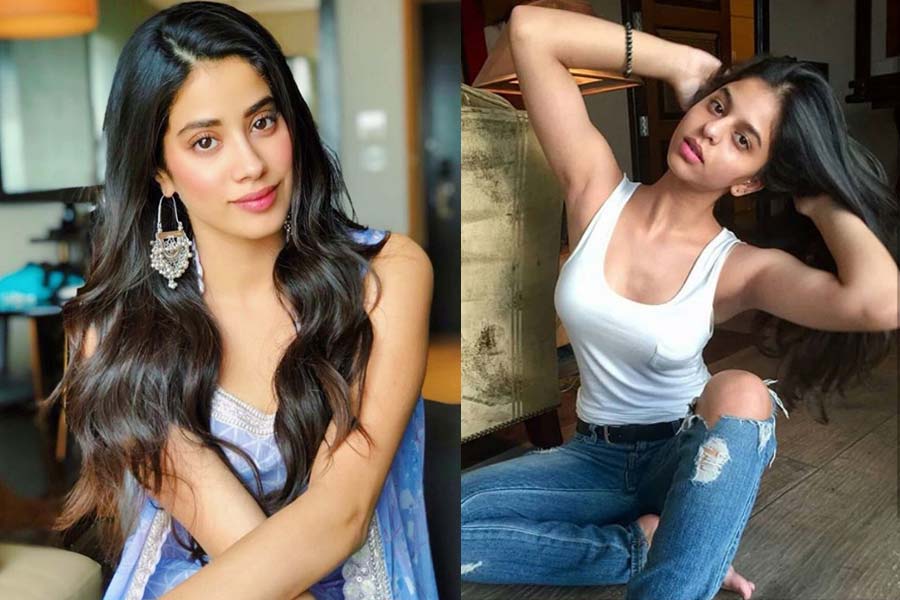 Bollywood actors are very much famous for their social as well as non-social activities, it might be about their lifestyle or their attractive attire. Not only are the actors, but their kids also creating hype on social media platforms with the star-kid tag associated with them. Although these star kids have their pre-built platforms and money. Despite that, they are to carry themselves in such a manner that they build up their establishment in this vast Bollywood industry.

Below enlisted are some of the famous star kids of Bollywood industry:

Son of King Khan, Aryan holds a huge follower base on his social platforms. He has those to-die-for looks. He is a party freak but, he tries to remain away from the media. Aryans dashing hot pictures will make you drool. The industry is very exciting to see this star kid on the big screen.

Daughter of the duo Sridevi and Boney Kapoor is Janhvi Kapoor. This extremely gorgeous girl can give any female actor or supermodel a run for her looks. She just crossed her teenage and has already marked her presence in Bollywood with the film “Dhadak”. Janhvi also took acting classes from Los Angeles at The Lee Strasberg Theatre and Film Institute. You might not be surprised if you see her with more upcoming films in the coming time.

Sara is the daughter of the Nawab (Saif Ali Khan) and his first wife, Amrita Singh. Sara would be seen making her debut under the direction of Rohit Shetty for the film “Simmba”. Sara got her portion of the limelight when she was featured in a magazine cover along with her mother.

You can also read: Amazing Moments Shared Between Star Cricketers and Their Kids which is Too Cute to Handle During IPL 2019

Shraddha Kapoor tried her luck with her debut film Teen Patti that is was well known for her eye blinking scene. Her next film was Luv Ka The End which was not an acclaimed hit. Although her role in the movie Aashiqui 2 was well appreciated, and this movie was a blockbuster hit. After that, she gave back to back hits such as Haider and ABCD2. This beautiful actress is the daughter of super-hit villain Shakti Kapoor. She is a well-known face in the Bollywood industry.

Krishna Shroff holds dual star status as her father Jackie Shroff and brother Tiger Shroff both are Bollywood celebrities. She too has the potential and sparks in her as she is quite a diva in herself. She was in a mild controversy with her bold photoshoots, although her family backed her which in return vanished the voices of the critics. Other than the bold and beautiful picture of her, she also promotes Tiger a lot via her social accounts.

The second-star kid from the same home is none other than the beautiful daughter of Shah Rukh Khan and Gauri Khan. The social media updates of her prove that she is a daddy’s girl. Suhana was last seen on the cover of Vogue.