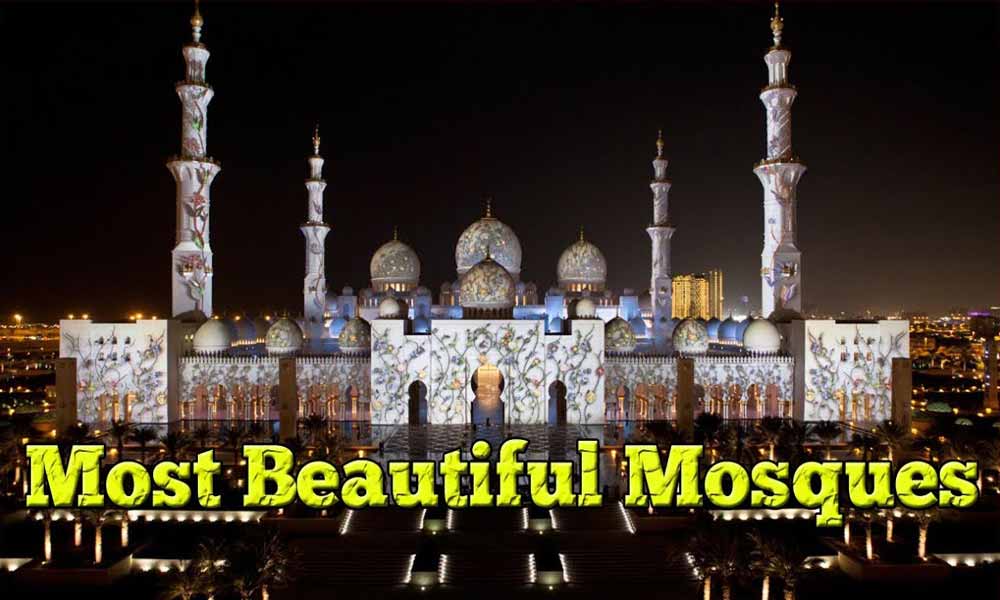 Mosques or Masjid is a holy place for all Muslims all around the world. There are some of the stunning mosques present in Muslim major countries like Azerbaijan or Tunisia with absolutely great architectures and design that one can’t even imagine. They do not look beautiful from outside but from inside too. From golden and crystal domes to ceilings and halls with a variety of colours makes then even more beautiful that one can’t resist visiting them once in their lifetime to worship God.

Here, I have listed some of the most beautiful mosques from various countries around the world that will leave you stunned for sure. 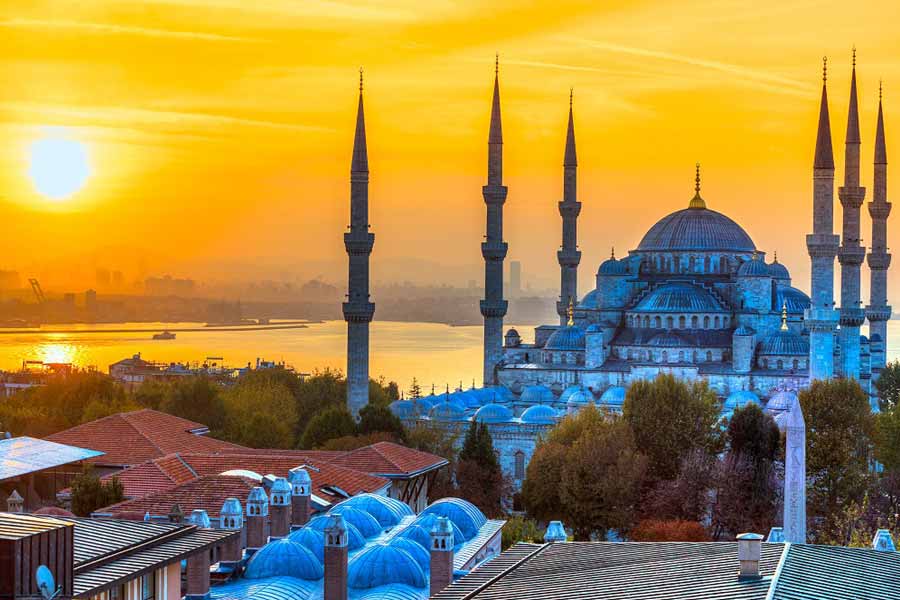 The Blue Mosque is popularly known as ‘Sultan Ahmed Mosque’  and it was built under the reign of Ottoman ruler Ahmad I. The mosque is really breathtaking as it is beautifully decorated from inside using nearly 20,000 Iznik blue tiles featuring flowers, trees and abstract patterns.

Hagia Sophia means ‘Divine Wisdom’ in Greek. It is one of the most beautiful monuments in Turkey. It was remarkably built in a short span of time. It surrounds beautiful domed selling four minarets which are extremely beautiful.

The mosque’s interior is designed with gold mosaic on the ceilings with the presence of giant marble pillars, walls, floor and columns. It is one of the largest mosques in the world and was also declared a museum in 1935 by the president of Turkey. 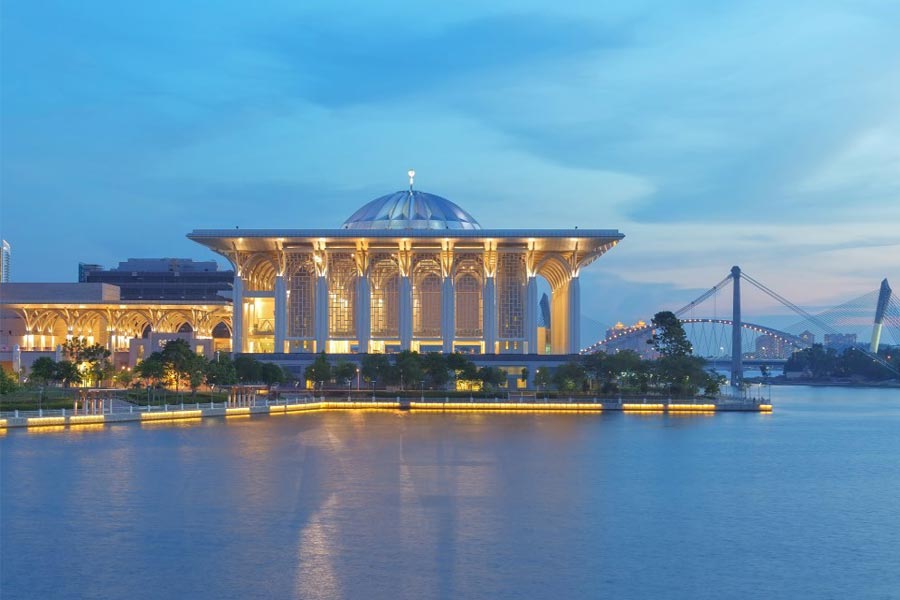 This is a beautiful mosque along with a sea facing and has a contemporary design. The building of the mosque has been made using stainless steel which is imported from Germany and China.

The view from the main hall facing the lake in front of the mosque looks breathtaking, especially at night. 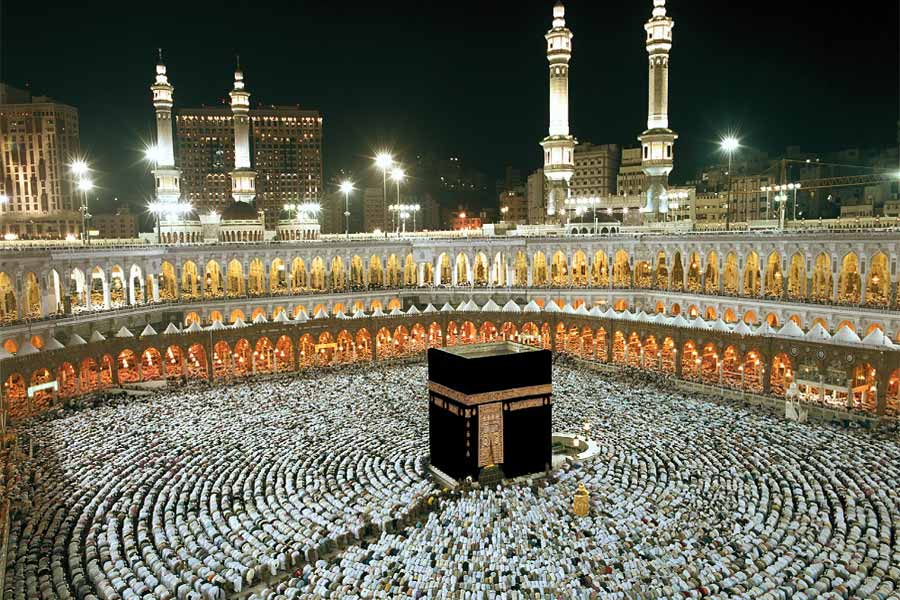 The Great Mosque of Mecca is popularly known as the Holy Mosque or Haram Mosque. It is located in Mecca, Saudi Arabia near to Ka’bah which is the holiest shrine in Islam. Almost every year, it receives millions of worshippers from the globe. The mosque consists of a rectangular central courtyard surrounded by covered prayer areas.

It is one of the spectacular and breathtaking monuments in Iran. It is commonly known as ‘Pink Mosque’. It features dazzling stained glass, beautifully painted tiles all over the ceiling along with the Persian rugs covering the floor. It looks more like a rainbow, colours coming in from every direction.

One of the most visited place by the Muslims in Brunei, the capital city of Bandar Seri Begawan. The country has nearly half of the Muslim population. It is believed that the golden mosque was built to honour this section of the Muslims in the country.

Tags: Most Beautiful Mosques in The World
ADVERTISEMENT