6 of The Most Amazing Bridges in China That Looks Breathtaking 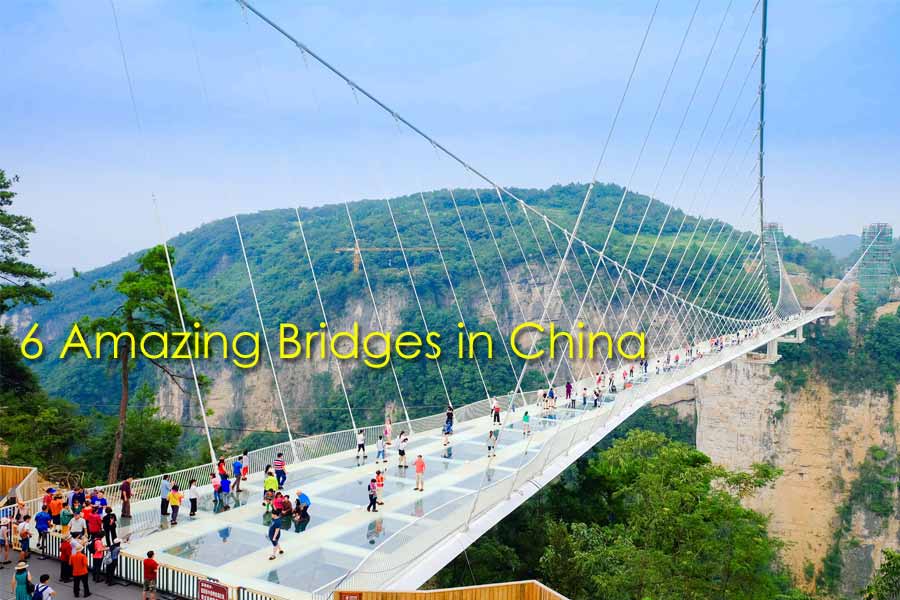 Most of you might have come across so many beautiful bridges in your life while travelling across cities or countries. But did you ever gave a thought what it all takes to complete them and how important they are which helps us get transported from one place to another place very easily? They are such things which are never appreciated or no one tries to talk about them. But for you, we have made a list of some beautiful bridges located in China that are worth giving a look.

These 6 amazing bridges will make you see the most wonderful structures through your eyes which I bet you had not come across before. Have a look.

Tsing Ma Bridge is located in Hong Kong, China. It is the largest suspension bridge in the world featuring two decks and which carries both rail and road traffic. The designing cost of this bridge is approximately $920 million. The bridge has been opened in 1997. As Hong Kong is subject to regular Typhoons so to ensure the safety of the vehicles passing on the bridge, the bridge also features sheltered carriageways on the lower deck.

Due to this reason, people also know this bridge by the name of Yuntiandu which means “a way of clouds to the sky”. No one dares to stand on the bridge and if you are bold enough, then you can have an amazing bird’s eye view of the Grand Canyon.

You can also read: 8 Most Dangerous and Thrilling Tourist Destinations in The World

It is the 35-kilometer long bridge that connects Chinese municipalities of Jiaxing and Ningbo in Zhejiang province. It is the longest trans-oceanic bridge in the world. Do you know it took around 9 years and more than 600 experts to design this stunning bridge?

Nanpu Bridge is one of the uniquely built bridges among others. It has been designed in an innovative spiral approach which connects across the river and between Zhongshan South Road and Lu Jiabing Road. Its funky and special design attracts lots of locals and travellers. It looks even more spectacular at night.

You can also read: 8 Interesting Facts About Venice City You Need To Know Right Away

Located in Shanghai, China, Lupu Bridge is one of the world’s longest steel-arch bridges in the world. It has a total length of about 8.7 kilometers. The bridge has been designed by the Shanghai Municipal Engineering Design Institute and it took nearly 3 years to complete by the local government. The whole bridge has been made up of steel. One can have amazing view from its top.

6. The Wind and Rain Bridge

The bridge looks extremely gorgeous which is located on the Linxi River of Sanjiang Country, Chin. It was built in the year 1911 and is 64.4 meters long. It is made using wood, no nails or rivets reused in its construction. One can also relax there by sitting on the benches there on the bridge itself.

You can also read: 7 of The Most Awesome Man-made Islands Around The World