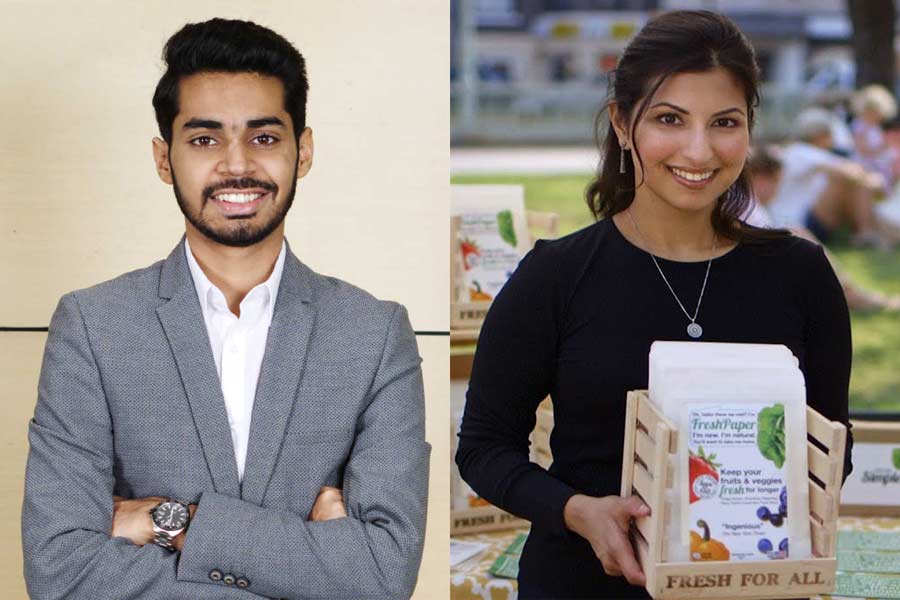 Though everyone nowadays works hard to achieve the goal of their life, not everyone succeeds. Only a few of them are there among millions of people who have realized their dreams after putting in the years of hard work. They did everything to reach the place where they are today. And truly age is no bar to achieve something big in your life, you just need to do some struggle and lots of hard work along with keeping patience and faith in you to get the results.

Check out these youngest entrepreneurs in India whom the whole world knows well.

Deepanjali Dalmia used to work at one of the most prestigious organizations, Ernst&Young, New York. At the age of 26, he decided to quit her job and started something of her own. Now, she currently works for women’s health in India. She owns a company known as Heyday care that produces organic sanitary pads that are made of corn & bamboo fire. Hats off to her for thinking so much for women’s health and helping those who don’t have access to expensive sanitary pads.

He is the man behind finding one of the most loved startups of today and i.e. Oyo Rooms. This is a startup that offers rooms in the budget. It was founded in 2012 and is based in Gurgaon. It has also secured capital from investors like light speed Ventures, Sequoia Capital and Green Oaks Capital. Do you know he is a college dropout who also founded Oravel which is rebranded as Oyo now?

Also read: Meet This Entrepreneur Upma Kapoor Who Made Rs. 2.4 crores From Rs. 8 Lakhs in Only 2 years

Sreelakshmi is known to be the youngest website designer & CEO in the world. She is running her own venture known as e-design at present. She also got awarded for running her venture excellently alone and designing 50 websites last year.

Trishneet is a school dropout which eventually gave him a success later on. He started his own company known as TAC security solutions at the age of 19. At present, he has four offices in India and one in Dubai. Do you know he has companies like Reliance as his client?

A 13-year old guy founded ‘Ola & Uber of Dabbawalas.’ He invented the app named Paper-N-Parcels. The idea struck in his mind when he ordered few books from the other city. He has gained fame and investment too for his venture after getting famous.

She is the founder of Fresh papers, a product that keeps things fresh for a longer duration. Some of the big clients that she has are Wholefoods and co-ops.

Also read: 5 Top Founders Who are Not From IITs and IIMs and Still Running Profitable Ventures