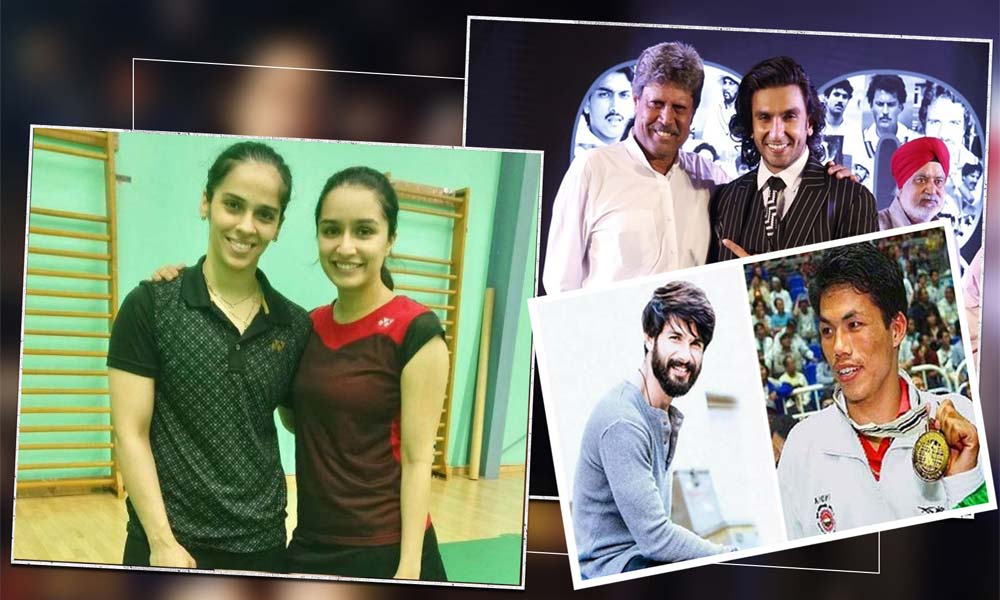 Earlier also films like Chak De, Mary Kom, Sultan, Dangal to name a few had ruled the box office. This year again we have a series of biopics being made on the sports personalities and we are all excited to see them on the big screen.

1. Harshvardhan Kapoor to play Abhinav Bindra in his untitled biopic

Abhinav came from affluent background yet he had to struggle for the title and the film shows this struggle. It is based on true life events and has been directed by Kannan Iyer and will release in May 2019.

2. Shraddha Kapoor to play Saina Nehwal in an untitled biopic

This biopic has managed to grab attention from the time it was announced. Shraddha Kapoor will play the role of ace badminton player Saina Nehwal and she has worked hard to play the character.

The actress even took up badminton classes to get in the character and has injured herself also. The first look of the film has been released by the actress wearing her badminton attire and captioned it # SAINA  cannot wait to watch it.

3. Ranveer Singh to play Kapil Dev in an untitled biopic

The Indian cricket story is simply incomplete without mentioning the name of Kapil Dev the hero of World Cup of 1983. He was the captain of winning team, and the ever-energetic Ranveer Singh plays the role of this captain. Seems that another blockbuster is in making and we cannot wait for the release of the film. The film will release in August 2019.

The biopic of Indian badminton coach Pullela Gopichand is under making and will release in both Hindi and Telugu. The movie is also to be made in two parts to do justice to the coach’s life both as ace shuttler and coach. The will is ought to be interesting and educating.

The wrestler had won the Bronze medal in the 1952 Summer Olympics in Helsinki. He was also one of the first athletes to win the medal for the country. The film will have Sangram Singh in the role of the wrestler.

The legendary boxer will have his biopic made in which Shahid Kapoor will play the role of a boxer. The movie will be directed by Raja Krishna Menon.