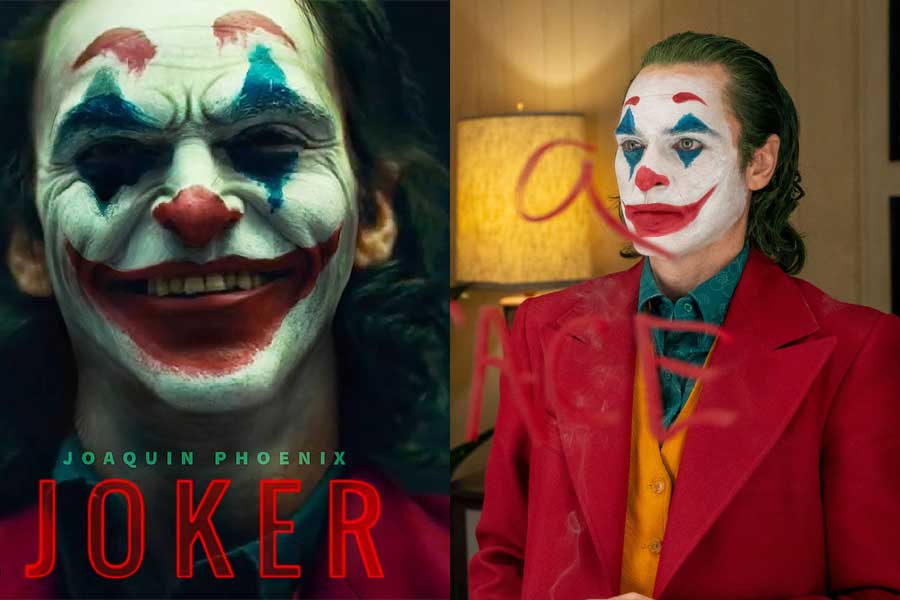 No one could deny the fact that villains are our favourite after superheroes. Isn’t it? If we ask you about the name of your favourite villain of all times then who would it be? Ours is Joker and all the fans are really very excited to watch this upcoming movie ‘Joker’ that shows how a comedian turned into s psychopath. The movie has been directed by Todd Phillips and the movie is supposed to be slated in cinema houses on October 4, 2019, and we can’t hold to watch that. This would be a great movie for everyone to watch even if you are not a great comic fan.

The role of Joker will be played by none other than Oscar Awardee Joaquin Phoenix, who has been a part of media since its inception. Before you hit the screen, let us take you through

Some of the interesting and unknown facts about the movie ‘Joker’ that you should know before actually watching it in the theatres.

1. The Movie took inspiration from 1982’s King of Comedy

After the speculation, it has been found out that the movie has taken inspiration from Martin Scorsese’s The King of Comedy which was released in the year 1982. The movie joker has been shooted in Brooklyn taking the vibes from 80’s New York City. Not only this, but the movie has also incorporated a similar aesthetic feels from his previous film’s version of Gotham City.

You can also read: 7 Films Which Storm The Box Office And Collected Over $1 billion

2. Robert De Niro is supposed to play a major role in the movie

Robert De Niro is a legendary actor and he is supposed to play a major role in the movie. De Niro would be playing Murray Franklin which is a late-night talk show host who is instrumental in the Joker’s origin. Keeping in mind the tone of Martin Scorsese’s King of Comedy, the film has been directed in which De Niro has starred but this time De Niro would be the late-night host after playing the role of a comedian in the film.

Actor Brett Cullen would be playing the role of Thomas Wayne who is the father of Bruce Wayne, the future Batman. During the preview of the movie, it has been shown that Wayne is running for Mayor in Gotham which will be a part of the main story of the movie.

You can also read: The List of 12 Richest Celebrities in The World

4. Joaquin Phoenix had to lose weight to perform this iconic villain role

To look similar like an iconic villain, Joaquin Phoenix had shed extra pounds. Everyone was shocked to see him so thin while he was filming for his movie in New York last year. I mean such a huge difference then and now! Fans were really so amused watching him look like a classy iconic villain.

5. This movie is an original story, it has nothing to do with comics

There were many rumours that the upcoming movie joker will follow something from the comics, but it has been revealed that it has nothing to do with comics. This is an original version where joker has a name, Arthur Fleck who becomes psychopath from a great comedian.

You can also read: 8 Popular Celebrities Who Started Their Career As Girl Scouts

This movie will revolve around Joker’s origin and this motion picture will also trace the motivation of young man Bruce Wayne’s to become the favourite superhero of Gotham city. According to the sources, Dante Pereira would be playing the character of the young Bruce Wayne.

7. Phoenix wanted to do this movie for years

Phoenix had the idea and he wanted to do this movie for years. In an interview with comicbook.com, he said, “Three or four years back, I called my agent and said ‘why don’t they want to take one of these characters and  make a lower budget film about it, a movie but a character study, and why not take one of the villains?’ I figured you can’t do the Joker since you know… it’s simply been finished.

You can also read: 6 Hollywood Super Hit Movies to Watch This Year 2019

So, how many of you are really excited to watch this super movie Joker?