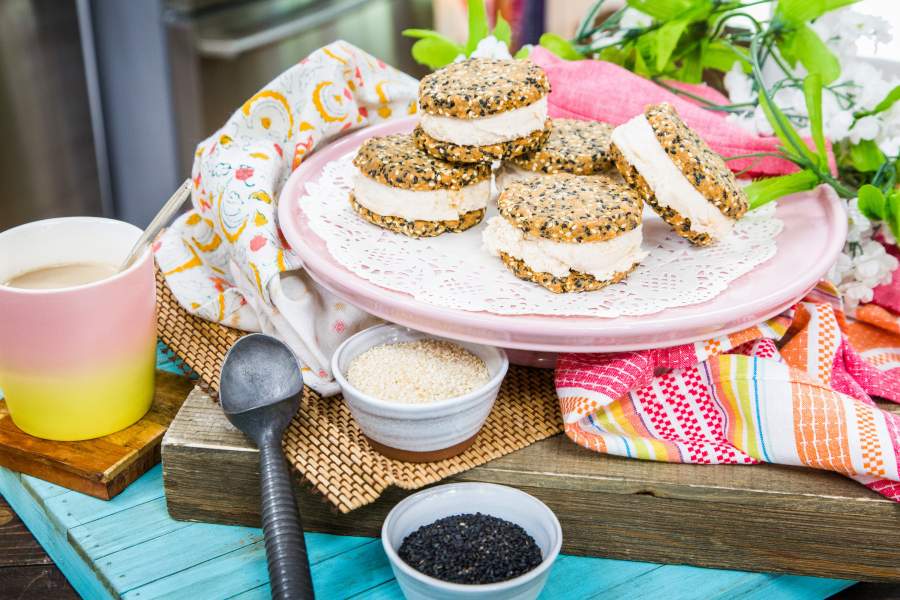 Well, it seems to be so yummylicious! Your favourite ice-cream flavour stuffed in between chocolate chip cookies. I am sure no one would deny that they are not fond of ice creams or chocolate loaded cookies. Do you know National Ice Cream Sandwich Day is celebrated on August 2 and this year, it will mark the 120th birthday of tasty delight? Ice cream is something which no one could ever refuse to have it on a hot summer day. Stuffing it between the two choco-chip cookies is even better!

Ice cream sandwich is a better option when someone has the craving for both at the same time i.e. something sweet plus a sandwich in a combination of one. This is truly a novelty item which was sold only at sporting events but they have quickly gained popularity at fairs, beaches and now at trendy and premium restaurants even.

Let’s have a look at some of the unknown facts about them:

In early days, the ice cream sandwich was made of using two slices of sponge cakes with the ice cream stuffed in between. Nowadays, it is commonly placed between chocolate wafers or cookies.

You can also read: 7 Japanese Dishes You Should Try To Impress Your Date

An ice cream vendor in San Francisco placed ice cream between two oatmeal cookies and then dipped the whole thing in chocolate which gave invention to the new ice cream sandwiches.

3. Seriously you can purchase them for a penny

You can also read: Some Interesting Facts About 10 Foods That We Eat Every day

4. You won’t believe ice cream sandwiches have their own set of vocabulary

Have you ever heard of the term ‘Chipwich’? It is a name given to a glob of vanilla ice cream between two chocolate chip cookies.

5. You can even pair them with Pretzels

It’s not like that you can place your favourite ice cream between cookies only, but you can also place them like with other interesting things as well like, Pretzels which is a crisp biscuit baked in the form of a knot or stick flavoured with salt.

You can also read: 8 Heavenly Indian Sweets That You Probably Haven’t Heard of

6. They are known as “Sliders” in Scotland and Ireland

These sweet, crispy cold sandwiches are known as “Sliders” in Scotland and Ireland.

Your favourite ice cream sandwich day is celebrated on August 2 every year. So, mark your calendars and don’t forget to celebrate this sweet day.