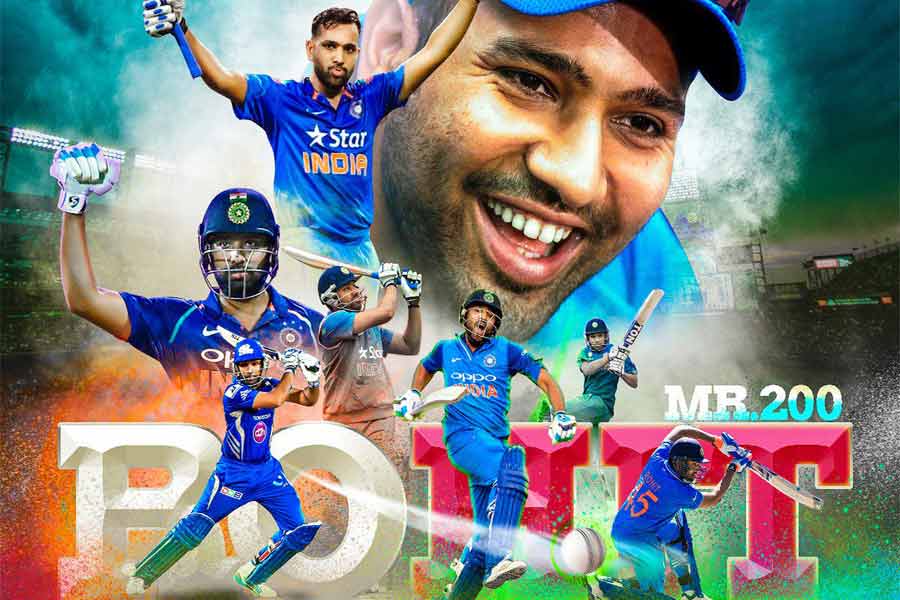 We all are a big fan of Sachin Tendulkar who is considered as the ‘God of Cricket’ who is truly an inspiration among others. But forget not to mention, other than him people are also a die-hard fan of Rohit Sharma who is also popularly known as the Hit Man of our Indian Cricket Team. Star Cricketer, Rohit Sharma is celebrating his 32nd birthday today.

Born on April 30, 1987, he is the only batsman in the world to reach the 200 marks in ODIs thrice till now. He is the only man to score the highest individual runs of 264 in ODI against Sri Lanka in the year 2014. He is quite a charming and handsome cricketer who is married to his long-time friend, Ritika Sajdeh.

They also are a proud parent of a little baby girl, Samaira Sharma. After becoming a parent, this is his first birthday with her little Samaira. In this article, we will let you through some of the lesser-known facts about Rohit Sharma about which you would not have been familiar until now.

Scroll down to know more:

1. He is really good at speaking Telugu

Yes, your favourite star cricketer, Rohit Sharma can speak Telugu also. Her mother is from Vizag and this is the reason why he knows this language. He only told that he can’t speak very fluently but he is familiar with few sentences like “Etla Unaru” (translation: How are you) in Telugu.

2. Interesting story behind his jersey number ‘45’

3. Who gave him the nickname “HITMAN”?

He got this name from one of his friend in the production team during the match in Bengaluru when he scored a double hundred against Australia. He has other names as well like ‘RO’ by his wife and ‘Shaana’ by Yuvraj Singh.

4. He supported his family well when his father lost his job

When his father, Gurunath Sharma has lost his job in a transport company, he took the responsibility of the entire family at a very young age. He used to play for Indian Oil and Ranji matches during that time.

5. His mother never wanted to see him as a cricketer

Rohit’s mother didn’t want to see him as a cricketer as she wanted him to get a reputed job. But, Rohit didn’t listen to anyone and he decided to continue with his passion and today everyone knows him.

6. He never wanted to be a batsman

Like many cricketers, he also never wanted to be a batsman. He began his career as an off-spinner. But Dinesh Lad, his coach, who is the father of Mumbai batsman Sidhesh Lad noticed his potential with the bat and transformed him into a batsman.

7. He is a big egg lover, despite being a vegetarian

Rohit is a big fan of eggs, but he consumes them outside his house only as he is a vegetarian. Do you know once, Rohit Sharma challenged his friend to eat 50 eggs without a break. How crazy right?