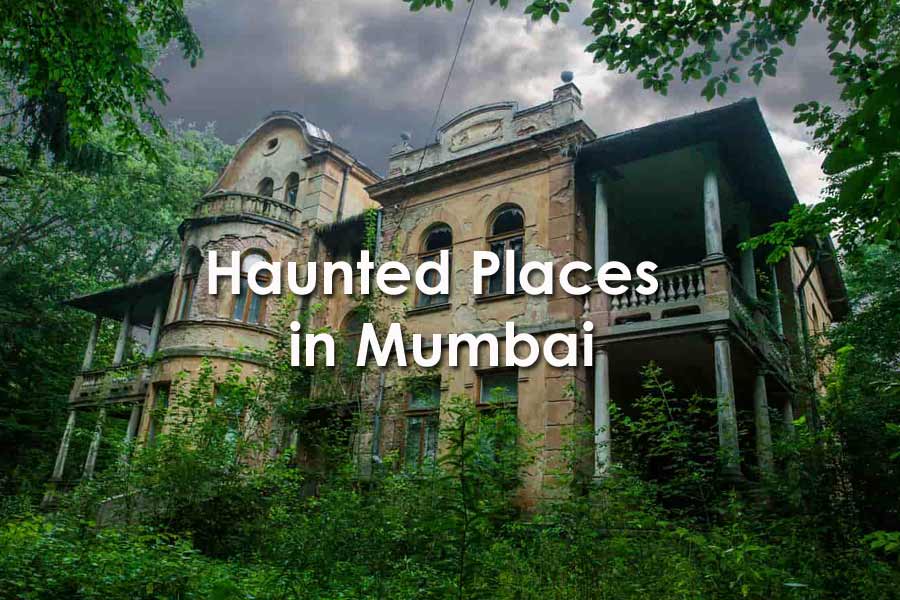 You may have come across many haunted stories in your life or heard of one from your grandma during your childhood. Once you listen to them, it’s pretty hard to get out of them easily. True Right? Most of these haunted stories involve ghosts, a woman in a white saree with a candle walking on the street and many more unusual and weird things like that.

In India, there are a plethora of places that are known to be haunted and one of the most popular among them is Bhangarh, Rajasthan. Apart from this, you will not believe that cities like Mumbai which is extremely famous for ‘Vada Pav’ and its ‘Marine Drive’ have also some places which are extremely haunted.

Let’s explore some of the haunted places in Mumbai that you should avoid going after the sun sets.

It is a biosphere reserve and a trekking site. It is considered one of the most haunted places in Mumbai. Many peoples and the forest guards have told that they have seen a hazy shadow of a hitchhiker who vanishes in the air gradually. And you know that despite being the haunted place yet it is one of the most visited parks in the world.

IC Colony is located in Borivali region, Mumbai. The haunted story behind this is that once a gardener has committed suicide in the playground in front of the colony building and it is believed that his ghost is still there who are protecting the region and haunting everyone therearound.

The most rumoured story about this place is related to a woman who resides on the second floor. People are not even dared to call her by her name, so they call her by using the phrase, ‘2nd-floor Ki Bhabhi Ji’ instead. It is also said that the sound of barking dogs is heard when the spirit of a woman is nearby.

It is one of the most luxurious and signature building of Mumbai. The architect who has designed the building has committed suicide as the building design deviated from the original plan.

It is, therefore, he decided to kill himself right away. So, his spirit is believed to wander here and there around the hotel building near corridors and staircases.

Vrindavan Society is situated behind the Thane Creek and is believed to be one of the most haunted places in Mumbai. The night security guards have reported that they have encountered unnatural slaps on their faces while sleeping at night.

Even they have heard of whispers right into their ears when they use to perform their duty at night in the colony. Stories say that it is the ghost of an old man who has committed suicide in one of the buildings in the society.

This place is said to be haunted by the spirit of an old woman who fell into the well and died unnaturally. Since then, her evil spirit roams around the well after the sunset.

The place is located near Mahim Railway Station. The story behind this place is that a local Parsi, Nasser was burnt alive, 16 years ago. It is believed that his spirit is still protecting and keeping a watch on his property. A man is supposed to hold the entire possession of this property and no one dares to mess up with him.