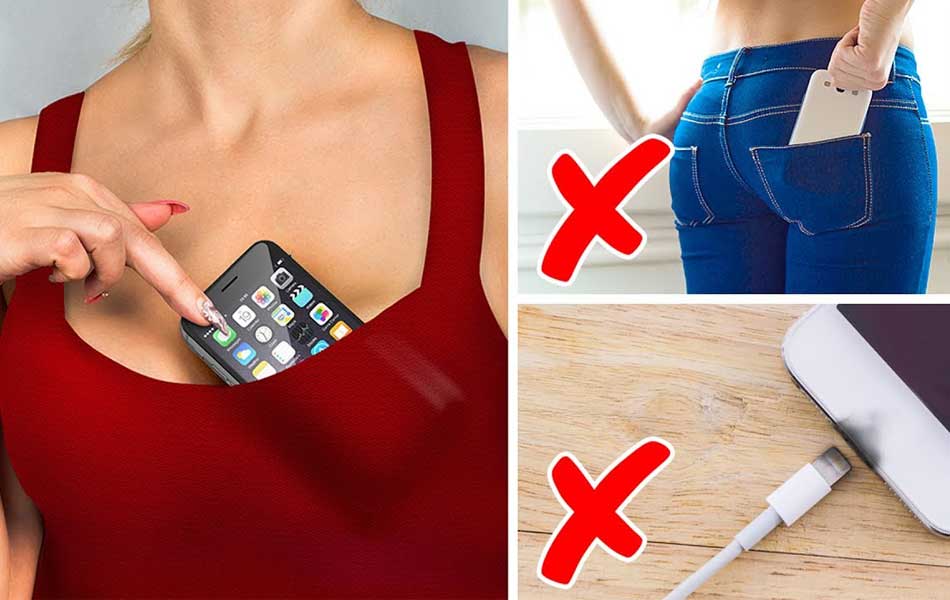 As per research was done by the scientists it was found that your cell phone should not be taken to these places. On a given day on an average you touch your cellphone for 2617 times, and its an average time it could be more than this. As this number is just for an average user and the number is much more for an avid user.

The smartphones are an integral part of our life and its difficult for us to part away from them even if it’s just for a few seconds. Most of us carry it to the bathrooms also. However, there are places where your phone should not accompany you as its not good for the cellphone.

The places are as follows:

1. The front and back pocket of your pants

For most of us especially the males it’s a common practice to keep the phone either in the back pocket or the front pocket, but this could lead to many issues, like losing it or breaking it while getting up or sitting down.

It could also lead to pain in the legs and stomach.  Also, the phone is kept in the front pocket can affect the sperm quality and quantity as the electromagnetic radiations will emit from the phone.

It’s a common practice to stick the phone to your skin when in the call and this leads to transfer of bacteria giving way to skin problems and health problems. Thus from the next time maintain the safe audible distance between you and your phone.

The phone along with its components are built to withstand a particular temperature pushing it beyond the temperature and bringing it too hot or cold place could damage the phone.

It could damage the battery beyond repair options. Phones should be kept away from direct rays of the Sun and also not taken out in minus sub-zero temperatures.

Having the cellphone under your pillow can harm your sleep pattern and the light that phone emits with the popping up of notifications can disturb your sleep hormone and the electromagnetic radiations can lead to dizziness and headaches.

Also if the phone is in charge and kept under the pillow it could catch fire and this is a very common incident of mishap.

During the entire day we are on phone and for the whole night we leave it on charge and this could harm the health of phone and the life of its battery and worst case scenario it can even explode and cause much damage.

Keeping the phone in your Bra near the heart could cause damage to the functioning of the heart due to the electromagnetic radiations that the phone emits.

7. A small bag on your hips

Well if you carry the side sling and put your phone in it, then your bones in the region could be weaker.