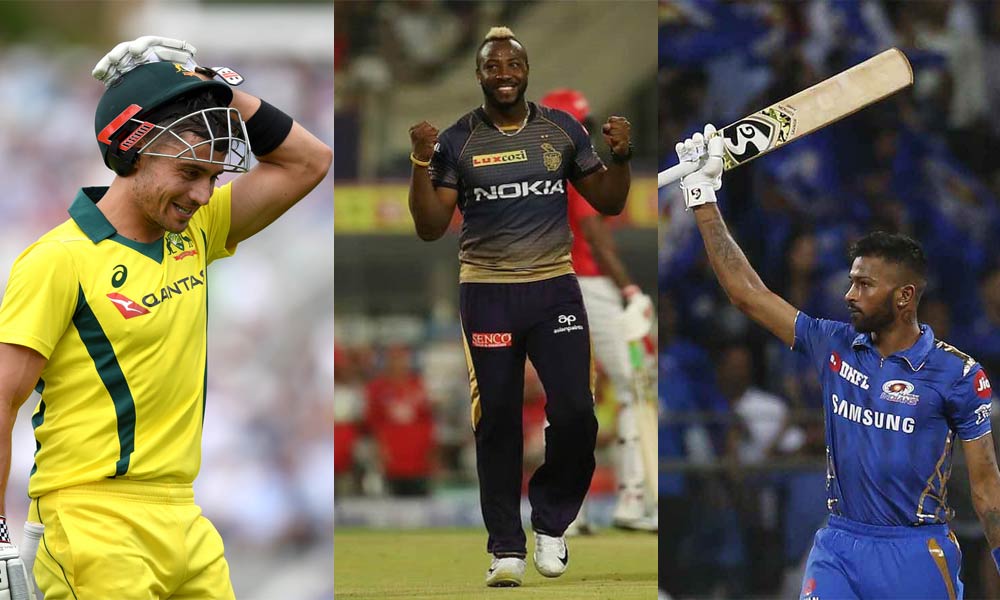 The most awaited ICC Cricket World Cup 2019 is all set to begin on 30th May 2019 for which most of you would be waiting to begin. The tournament is supposed to be held at England and Wales. A total of ten nations would be fighting with each other to win the most prestigious trophy. You would found a bunch of players on the field fighting against each other in their own form. During ICC, you will find India’s Hardik Pandya to West Indies’ Andre Russell playing on the field in the upcoming ICC Cricket World Cup 2019 and we cannot afford to miss the show. We have prepared a list of the players who could be the biggest Game Changers in Upcoming ICC World Cup.

Have a look at some of the superstars who could win the trophy for their country.

He is one of the hardest hitters of the ball among other players from his team. He is popularly known for his ball hitting ability unlike other contemporary batsmen like Virender Sehwag and Adam Gilchrist who can inflict fear in any bowler. During the IPL, Russell has performed flawlessly instead being a singlehanded player, where he hit nearly 52 sixes. He has won many games for Kolkata Knight Riders (KKR).

A 32-years-old, Shakib is one of the superb senior players from his squad. He is a left-hander and high-quality batsmen and a wily spinner. Well, the hosts are eyeing their maiden World Cup crown and to achieve this in real, Shakib has to remain on the top of his game while playing the match with his superb batting and bowling skills. So far, he has the highest score of 134 not out and best bowling of 5 for 47.

Well, Hardik Pandya has come back with a much stronger aura on the field after a long gap of a break due to some off-field controversies and health-related issues. But this all could not stop him where he wanted to be. His mind-blowing hitting and seamless bowling went a long way in Mumbai Indians securing an unpredictable fourth IPL title.

Pakistan’s all-rounder player, Shoaib Malik will be playing his 2nd World Cup this year. Till the date, he has played a total of 282 ODIs for his country. So far, he has secured the highest score of 143 and best bowling of 4 for 19.

He is best known for his destructive batsmen ability in the world of cricket. During IPL match, he has scored 424 runs in 5 ODIs along with 2 centuries and the highest score of 162. He is like a terror among the bowlers for his mind-blowing ability to cross any boundary while playing on the field.