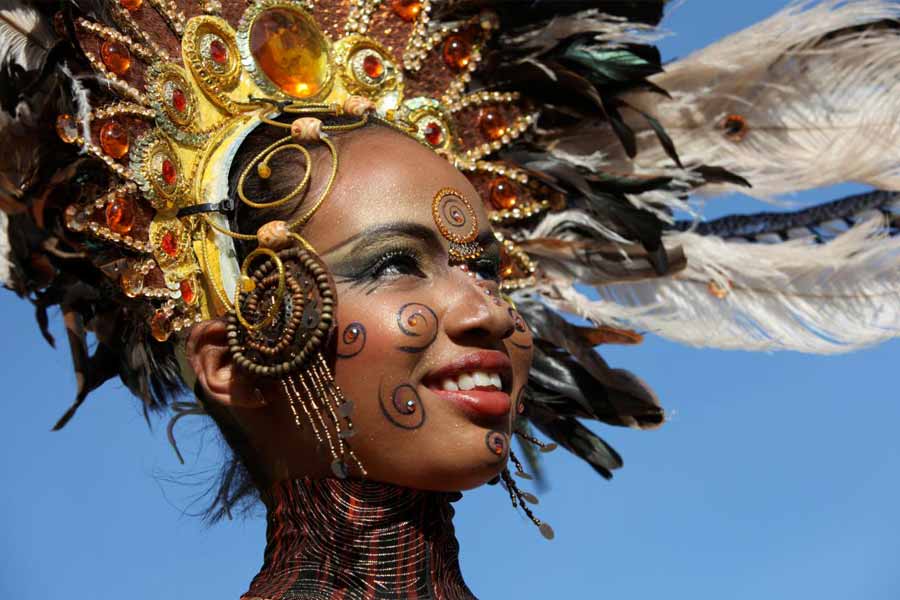 Most of the peoples who have a belief in these traditions, they usually appreciate them and those who do not care about them consider these traditions as taboo or inhumane due to their strangeness.

Here, I have listed 7 seemingly strange and mad traditions from around the world.

In Bali, a particular ritual is performed by both the genders before they get married. They fill two teeth. This is done to keep any negative or evil forces or characteristics like lust, anger, greed, stupidity, intoxication, jealousy, confusion away from the newlywed couple.

In China, brides cry for about a month as a part of the wedding preparations. This strange culture is still observed in the Wuling Mountains by the Fuji living.

You will be shocked to know about this particular tradition of Spain. The residents in a small northern community take part in baby jumping called EL Colacho, to keep negative energy and devil at bay.

The male individuals are dressed as the devil run between and jump over small infants who are laid on mattresses along the streets.

4. Bayanihan in the Philippines

This tradition involves the practice of moving the entire house to some new location. Villagers gather together, lift the house and carry it over a long distance. This generally happens during predicted floods or landslides. They carry the houses on their back.

Guests in Fiji, South Pacific are served with a strange drink which is made up of extracting roots and served in a wooden bowl or bucket. The drink is popularly known as ‘Kava’. Although, the drink is very mild still it is considered as narcotics in many of the countries.

6. Throwing away furniture out of the window, South Africa

South Africa celebrates its New Year eve in a totally different manner when compared to us. To ring in the New Year, people throw away their old furniture out of the window into the streets below.

However, this custom is monitored by police forces carefully to make sure nobody gets hurt when they celebrate this tradition.

7. Getting bitten by bullet ants, Brazil

Here is a photo of a young boy getting the woven Bullet Ant gloves put on him for the first time. pic.twitter.com/3f3th8DCeD

In the Brazilian tribe of Sateré-Mawé, when a boy becomes matured, they are asked to perform a traditional dance while wearing gloves filled with lots of bullet ants.

This particular ceremony is very challenging and a difficult one because the bite of a bullet ant is one of the most painful insect bites in the world that is even hard to imagine.