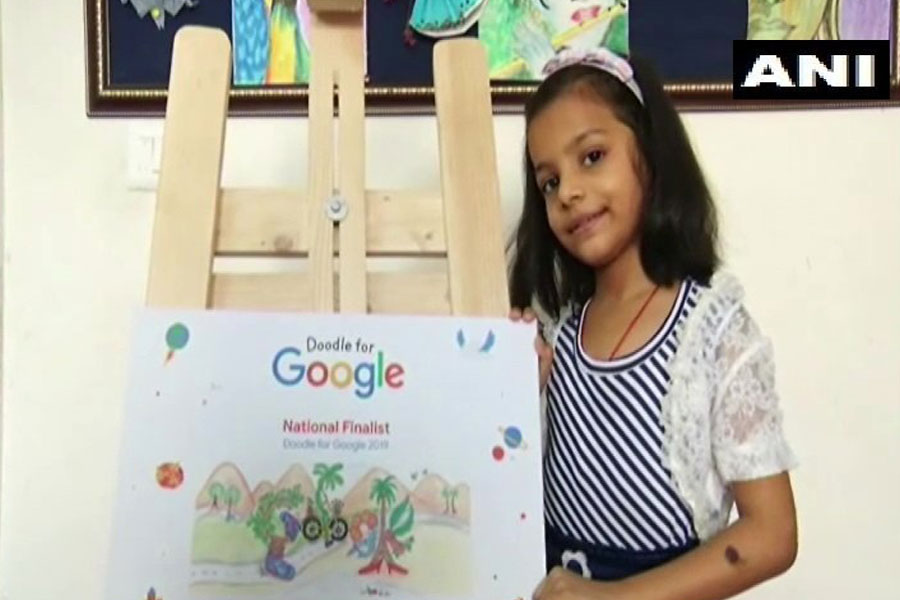 Creativity can come from anywhere be it, small kids or old-age individuals. Like every year, Google has organized a Google Doodle competition in which many students from class 1 to 10 have participated. The competition has received the submissions from over more than one lakh children. Among all of them, this little girl who is 7 years old Divyanshi Singhal from Gurgaon has won the competition for presenting her creativity by drawing ‘walking trees’ as a Google Doodle.

Apart from her, many other students also have uniquely presented their creativity. Have a look.

How did she get the idea?

To express her dismay towards cutting down the trees, she wanted trees to walk down so that they may escape from getting down. This is shocking how a class 2 student can think so deeply and imagine for a better tomorrow.

“When I grow up, I hope the world’s trees can walk or fly. The land could be cleared without making them die,” says Divyanshi Singhal, winner of the 2019 #DoodleforGoogle contest in India.

“When I grow up, I hope the world’s trees can walk or fly. The land could be cleared without making them die,” says Divyanshi Singhal, winner of the 2019 #DoodleforGoogle contest in India.

She is a great painter, her dad says

Her dad told that their daughter is really a good painter. She spends almost two hours a day to paint.

Her parents feel proud to see her winning the competition

Though Divyanshi’s painting was not chosen as the group winner Google had used her drawing as a doodle and was happy. As they never have expected that she will become a national winner.

Who selected the theme?

Every year Google organizes this competition and they only decide their theme. The theme for this year’s competition was ‘When I grow up, I hope…’, “told her mother, Deepti Singhal.

Divyanshi is also a fan of dancing

Apart from drawing or painting, there is another thing also that interest her and that is dancing. We are thankful to Google who organizes such competitions for kids to showcase their talent and to win attractive scholarships.

Her doodle painting and the news of her victory have gone viral on Twitter. The netizens have lauded the little girl for doing something which he adults are ignoring despite knowing about it. She has come up with a great idea to combat climate change. Many of them have also said that her doodle painting reminded them of Lord of the Rings which featured walking trees called ‘Ents’.

We wish you all the best for your future Divyanshi. May you excel in whatever field you want to be it dancing or painting? Keep going and keep up the good work.

Other five winners are :