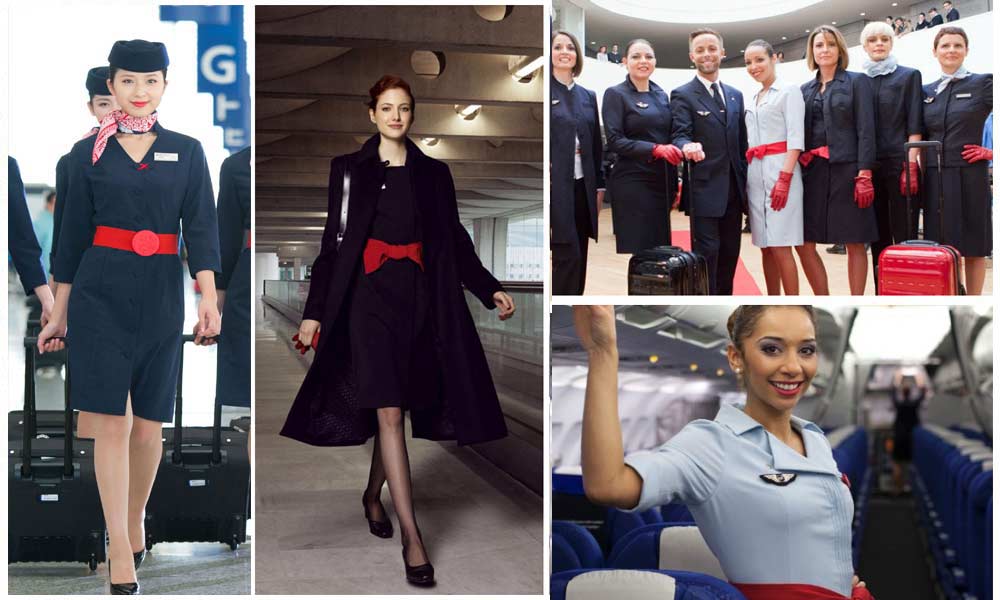 There are a number of airlines around the world. Each of them has a different and unique dress code. Pilots’ uniform and flight attendant’s uniform look really impressive. Where pilots usually have similar uniforms, air hostess’ uniform varies. So today we have gathered 8 different types of uniforms of different airlines to share with you.

The uniform of the female flight attendants of Singapore Airlines is famous worldwide. They have an elegant, stylish yet traditional iconic outfits for the female cabin crew.

We would call it the prettiest uniform ever, since it is colourful and very trendy, too. The uniform looks very unconventional though it is a traditional one.

Next on the list is uniform of Thai Airways. This one too is of traditional designing. The uniform is in purple to a pink shade. They actually have a dull uniform. They have to wear a purple outfit outside the plane and change into traditional Thai dress while inside the plane.

Their uniform has a very decent and unique look. And they have strict guidelines to wear it, such as the position of the hat, how to fold the scarf. Also, they are not allowed to wear the uniform outside the duty.

This uniform stands out for its fun and creative look. Like the cool culture of Canada, the uniform of the airline is also cool. They have burgundy to grey hipsters paired with a red top, and a very cool scarf to tie in the neck.

Similar to Emirates, this uniform also stands out for its style and colour combinations.

Indonesian airline went back to the Sarong Kebaya design for the uniform after six years. They have plain solid coloured top and a batik printed sarong. They have vibrant colours like orange, turquoise and blue.

Aeroflot’s uniform was listed as the world’s most stylish in a survey of a flight booking website. They have crisp caps and jauntily- an angled necktie.

Their uniform is very stylish yet elegant. Both men and women have a glamorous and decent uniform.