We take cricket seriously, but way too seriously when it is about India-Pakistan. In the wake of India Pakistan World Cup series, even commercials become an inevitable part of the series. Do you remember how Star Sports came up with a new commercial about the whole “Mauka Mauka” trolling of Pakistan? The commercial featured a Pakistani man waiting to burn firecracker to celebrate Pakistan’s victory in World Cup I 1992. This commercial created a lot of buzzes and the whole “Mauka Mauka” element reigned social media.

How to Find The Best Golf Gear Online?

Well, we recently witnessed how the Pakistani Cricket team below their “Mauka” even this time during India-Pakistan match.

And this gives way to have a look at 8 best Mauka Muka ads that we all enjoyed in the past.

This ad created a huge hustle bustle in social media and all over the world. The ad shows India Pakistan team battling a musical argument where at the end Indian team sings “Mauka Mauka” in the form of Qawali. This created a lot of noise in the whole world; it agonized Pakistani fans that they wanted a war against India on the grounds of this advertisement.

In ICC Cricket World Cup 2015 this Ad from Star Sports introduced a Pakistan fan waiting to celebrate for Pakistan when he removes India’s jersey and puts on Pakistan jersey. The voice in the ad asks kya Aayega Pakistan ka mauka?

While in Quarter Final of ICC Cricket World Cup 2015, Pakistan had to beat Ireland to qualify the ad depicts the anxiety of a Pakistani fan evesdrops to two commentators’ conversation about chances of Pakistan or Mauka.

This Mauka Mauka ad was aiming at both Bangladesh and Pakistani team wishing for the trophy of World Cup. The video shows a photoshop shot that takes pictures of Pakistani player in order to put world cup in hand, by editing the photo. In the next scene, a Bangladesh player enters asking for World Cup and end up being threatened by Dhoni’s performance.

The Pakistani fan is shown with his son urging Shahid Afridi to win this time as he has grown old and wants his team to win at least one time to show his son the victory. It had a bit of emotion in the video but the message was only that they couldn’t get Mauka ever.

In this ad, the iconic Pakistan fan has decided to support the West Indies wearing the jersey and waiting to celebrate by firing crackers. Only then, a young Indian Team fan comes at the doorstep teasing him to play Holi because even this time he won’t get “mauka” to burn crackers.

This one is funny as it shows two South African team fan comes at the doorstep of Indian team fans and hand over a box of firecracker singing “Mauka Mauka”.

This ad by Star Sports shows the Pakistan fan in anger as India beats South Africa. Then the doorbell rings a UAE fan gives UAE jersey to Pakistani Fan. 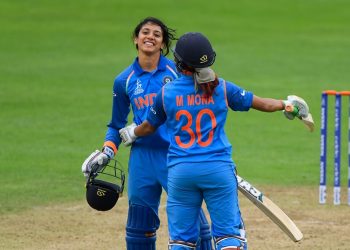 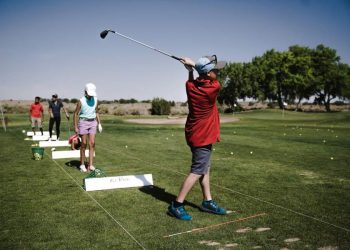 How to Find The Best Golf Gear Online?

Looking for the best golf gears online? And still have not found something which you like? Here I am to...

Queen of The South Season 5 Plot, Cast and Release Date

Google Maps’ New Features will Let You Know How Crowded Your Train or Bus is?