8 Bizarre Tea flavours You Might Have Never Heard Of! 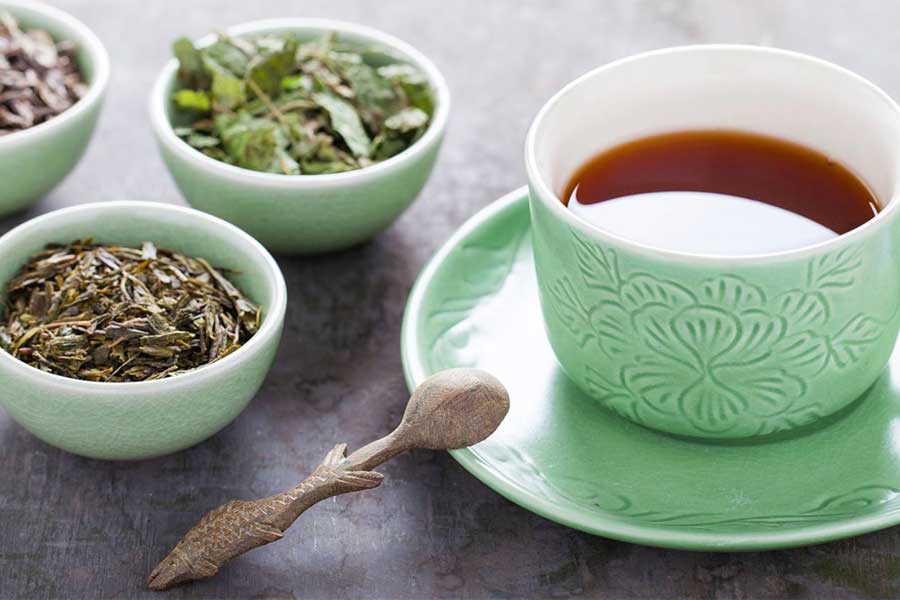 Almost everyone loves to have a sip of their one of the most beloved beverage what we call as Tea! For us, tea is something is which is normally made by making use of some common ingredients which everyone must have heard of like Sugar, Milk, Tea leaves and Ginger. But do you know, There are some bizarre tea flavours which you might have not even heard of. We are listing some unusual brews that you might want to know about.

Kombucha Tea is quite popular tea flavours in Russia. This is a strong black tea for which bacteria and yeast are introduced in the process of its fermentation which makes it super healthy. This tea is popularly termed as an “Immortal Health Elixir” by the Chinese peoples.

As its name reflects itself, the yellow gold tea buds are created from the leaves which are coated with 24-carat gold. You will find this tea mostly in Singapore and is harvested on only one particular day of the year which makes it quite unique.

It is a tea which is served along with an iced beverage, which is topped along with a whipped cheese. The tea was first introduced in Taiwan, it has become popular since then and now you can find this tea at most of the places easily including Hong Kong to New York.

This is an exotic tea flavour which has a cost of approximately Rs. 41,000. You will find this tea in the Uji district of Japan. More, interestingly this tea is cultivated only under the shade and it has a strong and striking rich flavour.

It is very unusual to hear that the tea could also be of blue colour. This tea is very unique and it is produced using dried butterfly pea flowers that are found in Thailand.

The tea usually tastes flowery. One might also add some drops of lemon to enhance its taste further and this is the ingredient which makes this tea blue in colour.

This is a cold tea which has been originated in Taiwan during the period of the 1980s. This is a tea which is more like a milkshake. The tea consists of tea base, fruits, milk and some chewy tapioca balls.

The tea has gained popularity in a few days only after its invention that most of the coffee manufacturers have started experimenting with different flavours.

Pu-erh tea is produced in the most unique manner by slowly aging the green tea by making the use of fungus. The tea is being produced only in the Yunnan province. Pu-erh Tea has a host of benefits and advantages which is good for health if we start drinking.

The tea is believed to be one of the most expensive teas in the world so it is a bit hard to afford this tea for most of the tea lovers.

The tea is named such because its leaves resemble the grains of black powder. The leaves are crushed and rolled by hand or by using a machine in order to avoid them to break and to keep their flavour and aroma intact with its leaves.