8 Different Forms of Holi Celebration Around in India

by Shivam
in Culture
3 min read
0 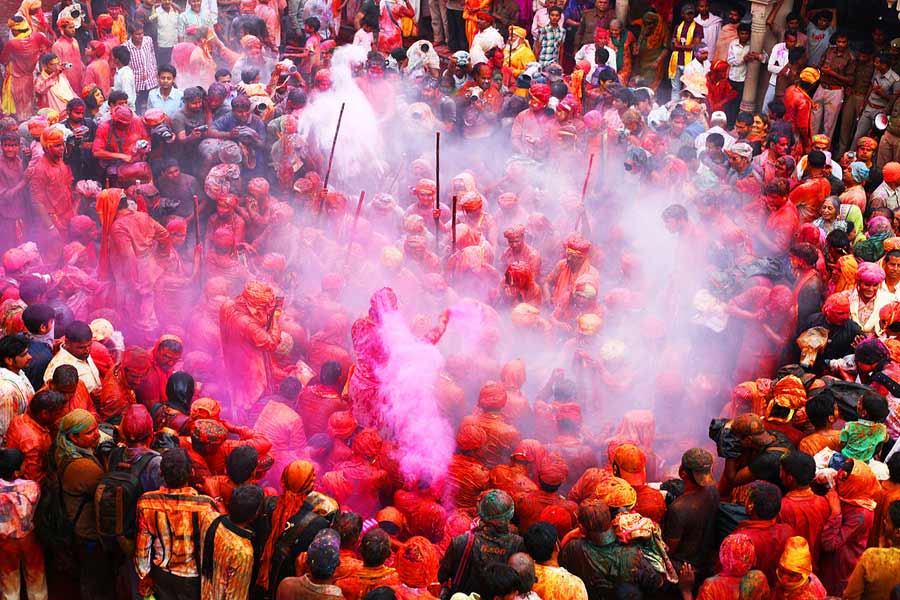 Since India is a diverse country, there are different ways of enjoying Holi throughout the country. As we know Holi is just around the corner and most of you must have planned out your ways to celebrate Holi this season. Holi is not just the festival of colours but it also brings in the joy and happiness to our lives. But I am sure that most of you must not be aware that Holi is celebrated in different forms and names all over India. Here, in this article, we have listed 8 different forms of Holi which is celebrated around India. 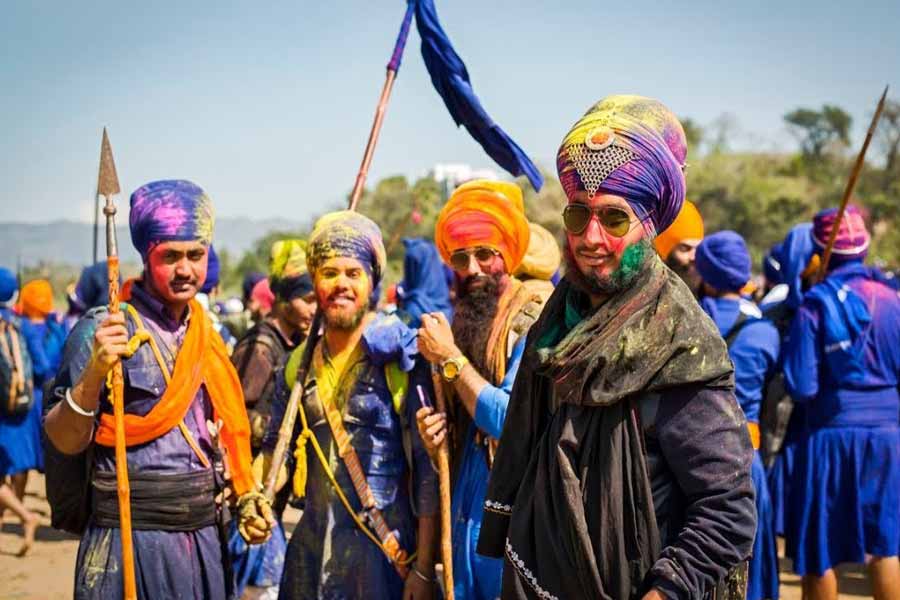 In Punjab, Hola Mohalla is actually celebrated a day before Holi. It is also popularly known as “Warrior Holi” as it is observed by brave Nihang Sikhs who perform martial arts on the festival of Holi followed by some music and dance later on.

2. Manjal Kuli or Ukuli in Kerala 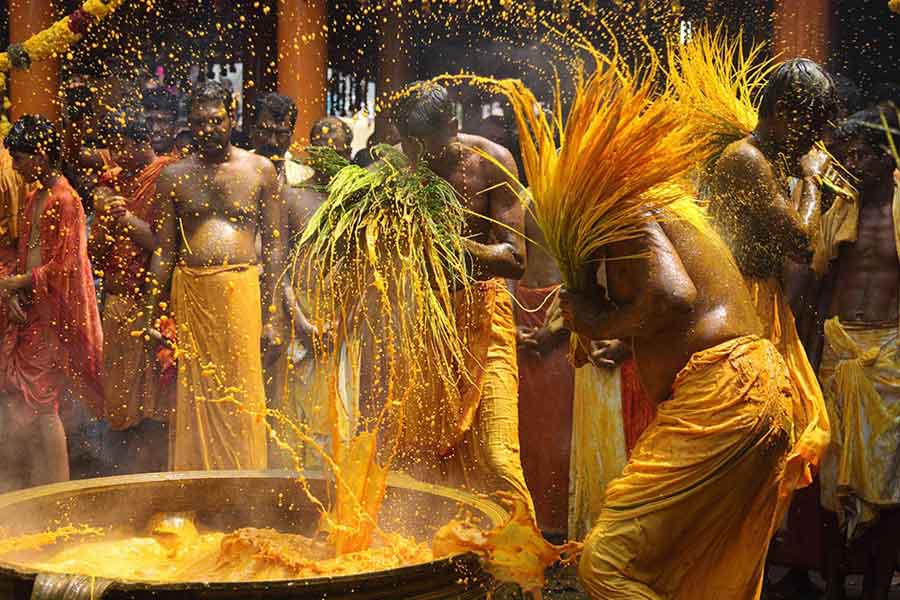 Even the southern state like Kerala also celebrates Holi with full joy and enthusiasm. In Kerala, Holi is popularly known as “Manjal Kuli” or “Ukuli” which is celebrated in the Gosripuram Thirumala temple and the primary colour used in the Holi celebration is turmeric. 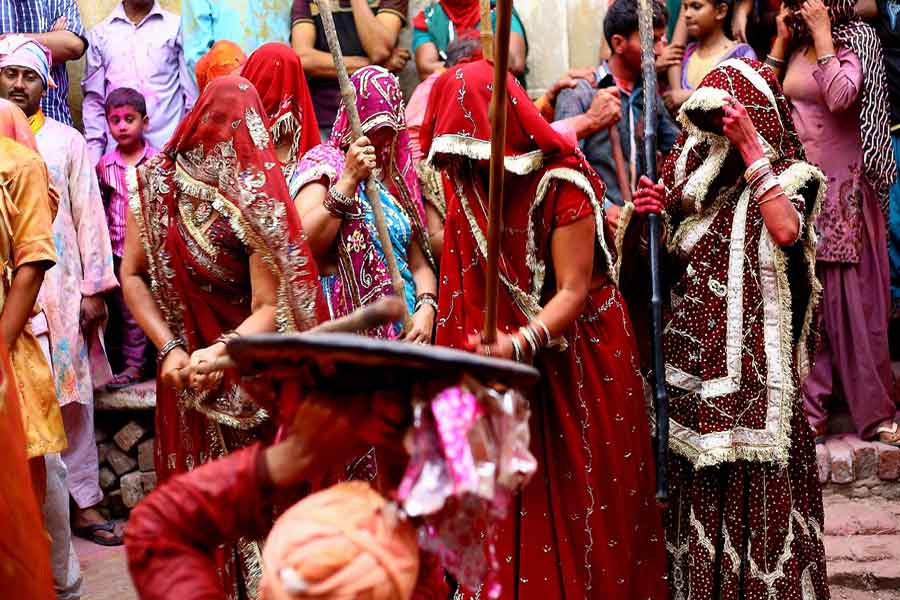 This is the most unusual form of Holi which is celebrated in India. In Barsana Village, Uttar Pradesh the Holi is celebrated not only with colours but also with Lathis. I know it may sound weird to you but it is right. On this festival, women chase away men with lathis and men protect themselves with a shield. 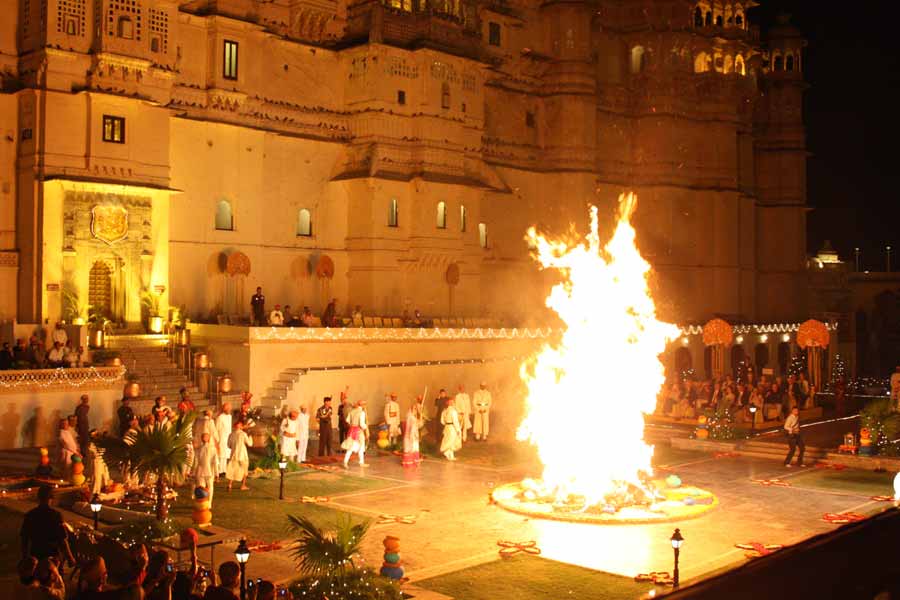 The Holi is celebrated with great enthusiasm and joy in Udaipur, Rajasthan by the Mewar royal family. On the eve of Holi, localities lit a bonfire to get rid of evil spirits which is also followed by the royal music and dance performances. 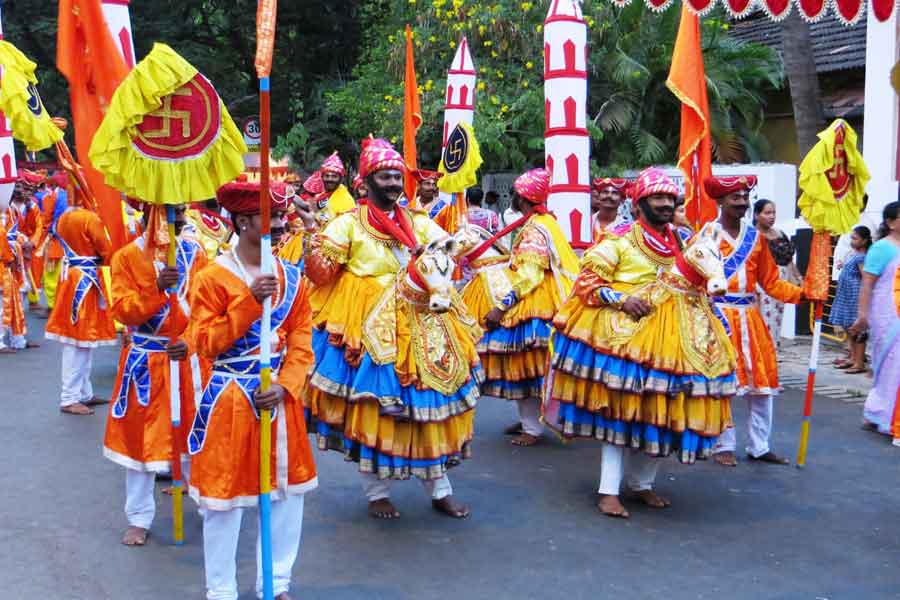 Shigmo is a local name for Holi in Goa. Here, the localities and farmers celebrate Holi in a unique way where they perform street dance and traditional folk songs. Not only farmers, even the visitors and tourists also take part in Shigmo festivities as well. 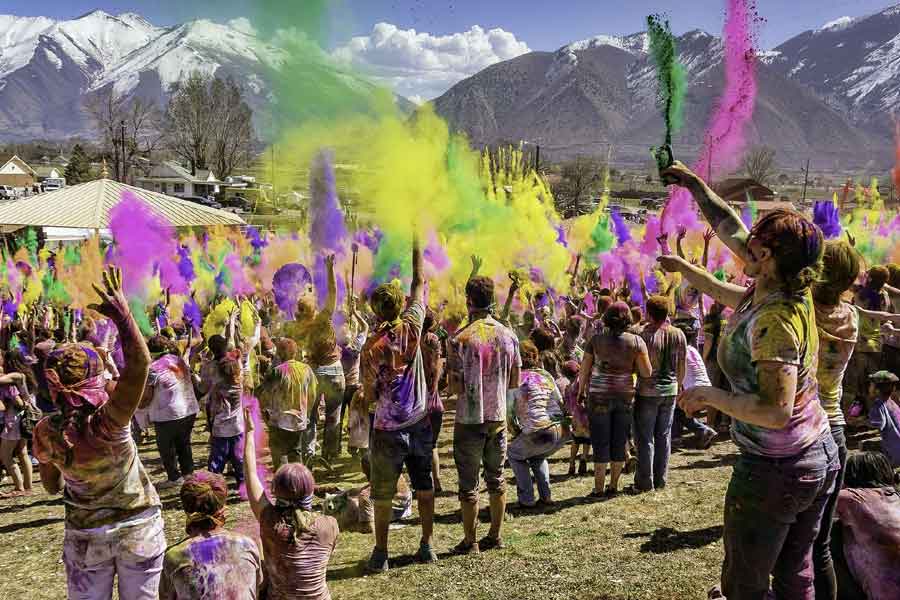 The Holi has different names in this region like Khadi Holi, Mahila Holi or Baithaki Holi. During this festival of colours, the localities used to wear traditional clothes, dance in groups and sing khadi songs to enlighten the occasion. 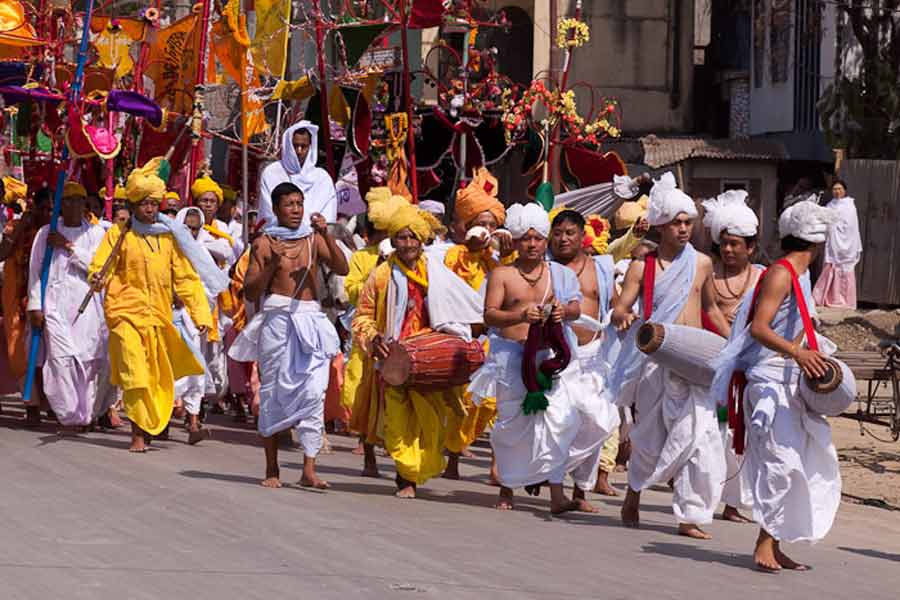 Yaosang is a Manipuri version of Holi and is celebrated with full happiness and enthusiasm. Here, in Manipur Holi celebration is a week-long affair. The main highlight of this festival is Thabal Chongba and folk dance. 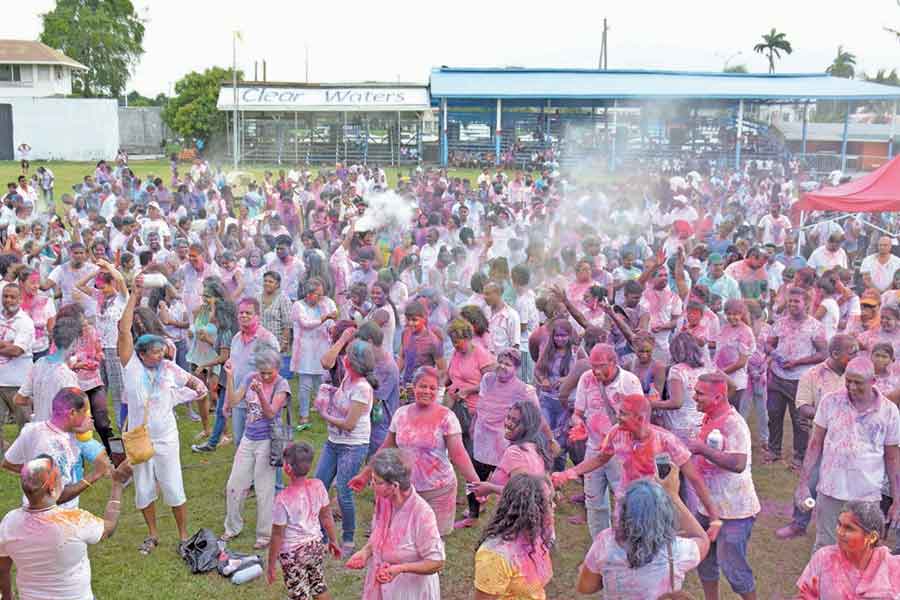 In Assam, Holi is popularly known as “Phagwah”. Holika Dahan is an integral part of Holi celebration where a bundle of woods is lighted on fire a day before Holi. Here the Holi festival is celebrated for two days along with dance and singing performances along with smearing colours on each other throughout the day.

You may also like: The Best Diwali Gift Hamper Ideas for a Grand Surprise

Things to Avoid When Getting a Live Tarot Reading