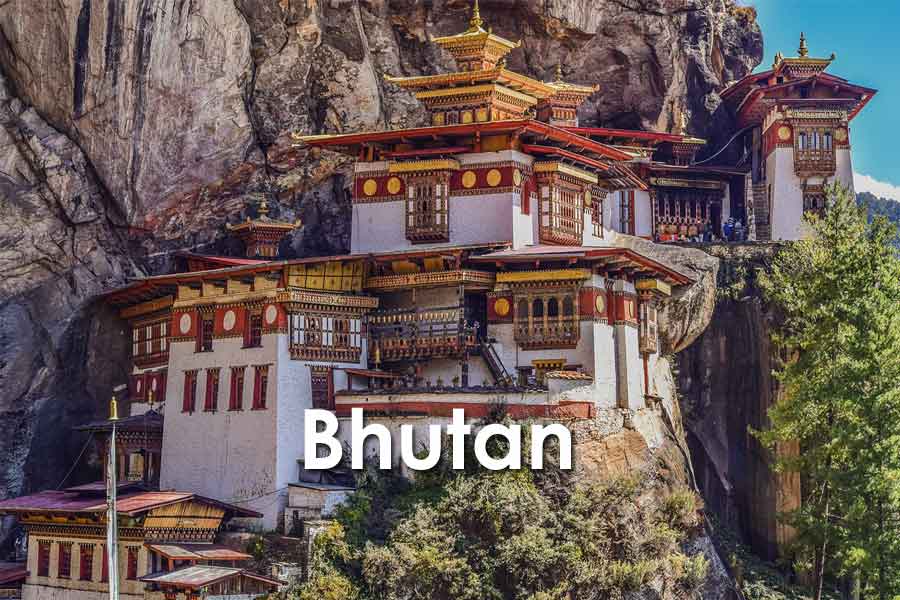 Located in the eastern part of the Himalayas, Bhutan is undoubtedly a remarkable place on the earth. Surrounded by exquisite environmental beauty; amidst of lustrous greens, this Buddhist country has a lot to inspire the other countries. Not just it’s distinctive on the terms of beautiful, scenic natural habitation, Bhutan holds too much to stand apart and above when it is compared to the rest of the world.

After all, it is the only country that measures its success by not the “national production” per se, but by the “national happiness”. No wonder why this country makes a difference!

Here we untold a few fun facts about this mesmerizing country that tell us how it is distinct than the rest of the world and might entice you to pick it as your next travel destination.

Well, it may leave you stunned but the country has almost no traffic lights. The capital city Thimpu still has manual traffic police that regulates the traffic. And to be precise, neither the country has any heavy traffic jam problem nor the people are willing to break traffic rules. A smooth and safe road culture prevails the paths of this nation.

In 1974 the King of Bhutan introduced the notion that this Buddhist country should measure its wealth with the happiness of its people. We know that the country is dedicated to its people when it replaces GDP (Gross Domestic Production) with GNH (Gross National Happiness).

It clearly shows that Bhutan has a very egalitarian approach to build up the society where every individual is given equal rights and opportunities.

3. It is the first or the only carbon negative country in the world

Another wonderful factor about picturesque Bhutan is that it is the one and the only country that is ‘carbon negative’. The country’s law makes it mandatory that at least 60% of the area must be covered with forests. And to no one’s surprise, Bhutan manages to have about 71% of its area covered with forests.

Where the counties like Canada introduced “Carbon Tax” on its citizens due to the increase of global warming, Bhutan rather absorbs more Carbon dioxide than producing it. Sure this nation has better goals than others!

4. Bhutan has the highest number of unclimbed mountains

Where in the other part of the world countries, let’s say counties like Nepal, welcome tourists to conquer high mountains. Bhutan doesn’t really encourage the Mountaineers, and this is why it has the most unclimbed mountains and perhaps unpaved paths, too.

It won’t be entirely incorrect to say that Bhutan is a place that really doesn’t seek much interest in national tourism. People there rather pay more heave to conserve their lands and mountains to maintain the true beauty of the country.

5. The Phallus concept of Drukpa Kunley (The Devine Mad Man)

This is one of the very inspiring rules that Bhutan adheres by. Where the entire world is gaining its conscious now for banning the use of plastic bags, Bhutan took the initiative as early as in the ’90s. People in Bhutan used to wash their few possessions of plastic bags in order to reuse them. This environmental friendly act sure contributes to the entire world a lot.

Another truly inspiring fact about people of Bhutan is they wear their traditional national dress while they are on work. I am sure there is no other country on the earth that does the same. Isn’t it a great way to showcase respect and dedication towards both nation and work?

8. Smoking is prohibited in public areas

Though we all see no smoking signs boards every now and then around us but do we follow? -Well, people in Bhutan do. Smoking in public is a punishable offense in Bhutan and one can be jailed if found having a puff out in the public.