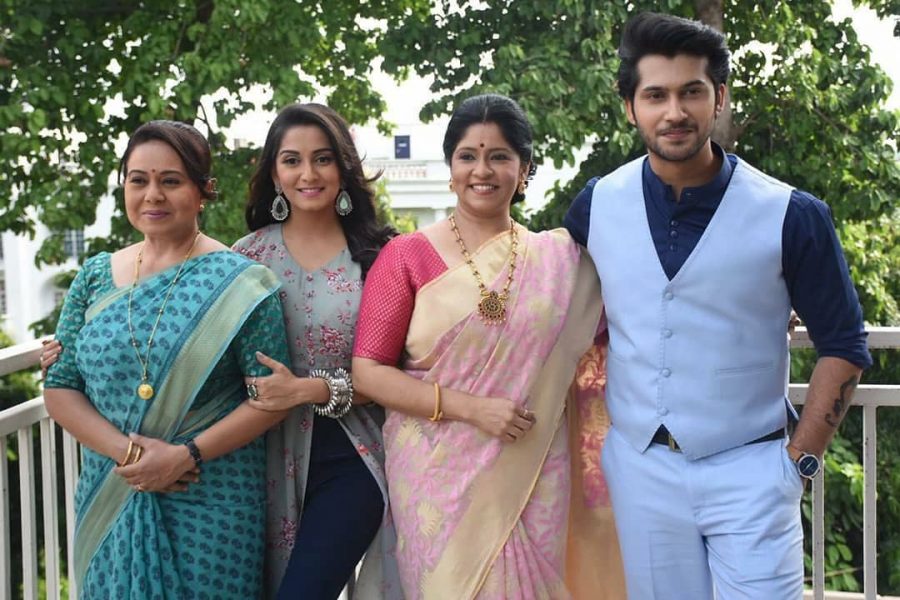 This is an age-old tale that most of the time saas-bahu don’t really get along. If that hadn’t been the case, so many daily soaps’ scriptwriter would have remained unemployed. This is because of the mother-in-law and daughter-in-law’s messed up relationship that Indian Television is flourishing. It seldom happens that we find a great pair of saas-bahu who share mother and daughter like relationship. Pipe dream, girls, it’s a pipe dream. The point is, it is established that these two never get along, so we gave it enough pondering and we dare to think otherwise.

Well, we think it is not meant to be like this. Every relationship has hope, so does this one. It is a matter of perspective and understating. If one understands the other’s perspective, not a relationship would get ruined ever. And this is why we have come up with

8 solutions that you should apply to your problem if you want a better relationship with your mother in law or daughter-n-law.

1. Welcome your son’s life partner, not your “Bahu”

The Indian society is obsessed with “Gharkiaanbaanshaan” and in the same light, they see a daughter-n-law. They start seeing her as somebody who represents the whole clan and laden her with responsibilities and age-old traditions. Get your facts right, she is your son’s life partner, his soul-mate. If anything she is in your household is for him, not the whole clan.

Okay, so one of the very common allegations a daughter-n-law gets is to steal the son from his mother. The answer to this is actually a question: is it even possible? You raised a son, not a puppy who could be stolen from the front yard. Also, the mother and son’s bond is always too strong to be broken or breached.

So, it is all in the head, that if your son loves his wife, he is hypnotized by his wife and forced to hate his mom. Once you get this right, that his wife is a new and current chapter in his life and he is bound to love her, you will never face any trouble again with your Bahu.

3. Let her know that you are not a rival

All the daughter-n-laws out there, you need to get this in your system that your Saas is your husband’s mother. She is a mother, and it might be hard for her to be sharing his son with an equally important woman as she is.

So make it easy for her, let her know that you are not her rival you are her partner and only together you can make that man happy. He doesn’t marry to replace his mother with a wife. So nobody takes anybody’s place. Chill!

Most of the time Indian families, mistake a daughter-n-law to be a free maid who is bound to serve everybody in the family and this service could never be reciprocated. Again, she is here for you son, her husband. Please, get your facts right.

5. Spend time together as friends not relatives

We found out that often relationship gets tricky and heavy when a lot of things are associated with it. So, to soothe out this soring relationship, the best thing to do is to spend quality time together like friends.

Friends love to do fun stuff together, and in friendship both are equal. You will only enjoy this relationship once the burden of being someone is off your shoulder.

6. Respect has to be mutual

Most of the time we teach our kids to respect and obey elders. There is nothing wrong in teaching this lesson, but the only thing is, it is incomplete. We need to understand this every relationship needs respect.

Every individual deserves respect. So not just respect elders, respect younger ones, equals one equally. Respect is mutual, not only daughter-n-law is bound to give respect, she deserves to get some in return.

The most ridiculous thing that a daughter-n-law and a mother-n-law do is to blame each other. If something gets wrong do not ear it to your son and put the blame on his wife. Neither should daughter in law do it. If you got a problem face it. Talk things out, not fight things out. Again, you are not rivals.

8. Allow your son to move out

We understand Indian culture, tradition and family values. But can we deny that the world is growing faster, kids are becoming independent, growing old and being responsible? If your son and his wife want to move out, it’s nobody’s fault. It is not a partition! It is normal, it is rather natural.

Taurus and Cancer Compatibility about Marriage and Relationship