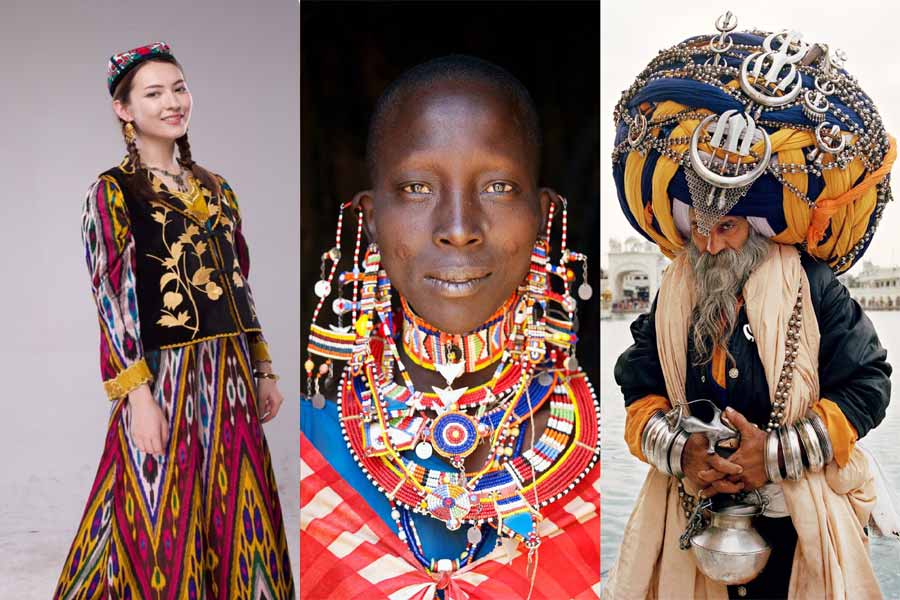 Our attire plays a major role in our life. What do we wear and how do we look to make a lot of difference. Clothing is one of the necessities for today’s lifestyle. We simply cannot see ourselves without a perfect wardrobe dedicated to our choice of clothes. But what if we tell you that there are somewhat strange dress codes that people are bound to wear despite choice and style?

Well, you read it ride. In this article, we are going to make you aware of 9 strange or surprising dress codes that are worn by people around the world.

Some of them might just leave you in bewilderment so be prepared.

Okay, how would all the women out there feel if we tell you that women in North Korea women are not allowed to wear trousers? Hopeless, right? Well, think about the women of Korea now. This is right, in fact, in 2014 about 40 women were slammed for wearing slacks. Could it be any sadder, ladies?

Yeah, right. Where one country lashes out women for wearing trousers, another country restricts them to wear fancy revealing clothes. In Uganda, it is outrageous, like, pornography. Naturally, women in Uganda are protesting against this law. And then some people say feminism is overrated.

3. Colour restriction for a library stall in Sevierville, Tennessee

Isn’t that sound rather weird that staff members of a county library in Sevierville are allowed to wear only five colors? They can wear, grey, white, cream and purple. The question is, why purple?

4. Some historical sites in Greece prohibit entry of high heels

Another place that is heels- phobic. Some historical sites in Greece believed that high heels cause problem to the preserved historical sites, so, they came up with the idea of banning heels inside.

So, here is something for men, too. Saudi government raided a party just to arrest the men in cross-dressing and with the makeup on. They were criminalized for behaving like women. So now see where the problem is; some countries are still homophobic.

Well, this might leave you bewildered totally. According to metro.co.uk, in Woodford Country High School, Kentucky, Stephanie Hughes was sent back to home because her dress showed her collarbones. Her mother was called by the principal for such an incident.

While women were punished for wearing trousers, men in North Korea are not allowed to have hair more than 5 cm. Not only that, they need to trim their hair every 15 days. We can understand the pain of young men and women in North Korea.

In 2010 a law was passed that banned hijabs. Not just the “burkha” but covering complete is banned including with a helmet, hoods, etc. In fact, in 2014 a case which was against this rule was rejected by European Court of Human Rights, the verdict said that uncovered faces encourage “living together”.

9. Traditional clothes while at work in Bhutan

In Bhutan, people are bound to wear their traditional clothes while they are at work. This law is equal for both men and women. We feel that it is a way to show respect towards their work and also towards the country. But, doesn’t it restrict a person’s choice of clothing to wear at work? Just like the Tennessee library.

Tags: 9 Dress Codes Around The World