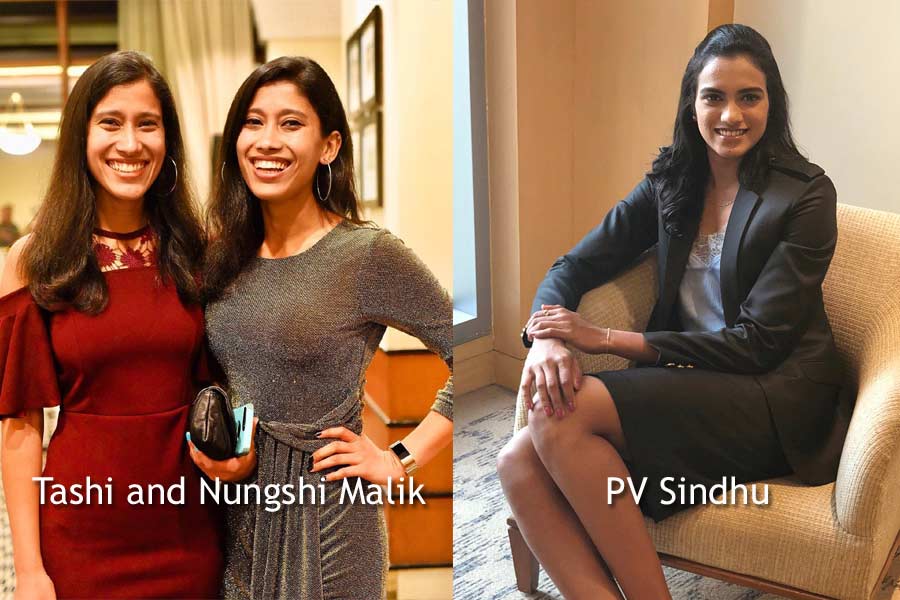 It is a very proud moment for all of us that for the first time ever in the history of Indian Sports, The Sports Ministry has recommended the names of 9 sportswomen for the renowned Padma Shri Awards in 2020. Isn’t that great? These women are literally breaking all the stereotypical mindset and going head like anything. The names which have been nominated by the Sports Ministry are PV Sindhu (badminton player), Vinesh Phogat (Wrestler), Manika Batra (table-tennis player), Harmanpreet Kaur (T20 skipper), Rani Rampal (Hockey Captain), Suma Shirur (former shooter), Tashi and Nungshi Malik (mountaineer twin sisters).

Scroll down to know more –

MC Mary Kom who has been a 6-time world champion boxer has got nominated for the civilian honour, the Padma Vibhushan. This award has also been received by Vishwanathan Anand who is a chess player, the kind of cricket, Sachin Tendulkar and Edmund Hillary.

Indian wrestler Vinesh Phogat got nominated for Padma Shri. Did you know she is the first Indian athlete to get nominated for Laureus World Sports Awards too?

30-year-old, T20I skipper, Harmanpreet Kaur has also got recommended for Padma Shri. She is the first women to score a century in a Women’s Twenty20 International (WT20I) match in 2018. In 2017, she also had been awarded the prestigious award, Arjuna Award in the year 2017.

Also read: 7 Most glamorous Sports Girls in India: Combination of Beauty and Talent

The present captain of Women’s hockey team, Rani Ramphal has also got nominated for Padma Shri award this year. Did you know that at the age of 15 she was the youngest player in the national team to take part in the 2020 World Cup?

Suma’s name has been suggested for Padma Shri by the ministry for her flawless performance in shooting as she won gold in the Commonwealth Games 2002 held in Manchester in the 10m air rifle event.

8.9. Tashi and Nungshi Malik are nominated for Padma Shri

Twin sisters, Tashi, and Nungshi Malik are on the list too get Padma Shri this year. Both of them have climbed the Mount Everest and also first of their kind to climb the Seven Summits and reach the North and South Poles.