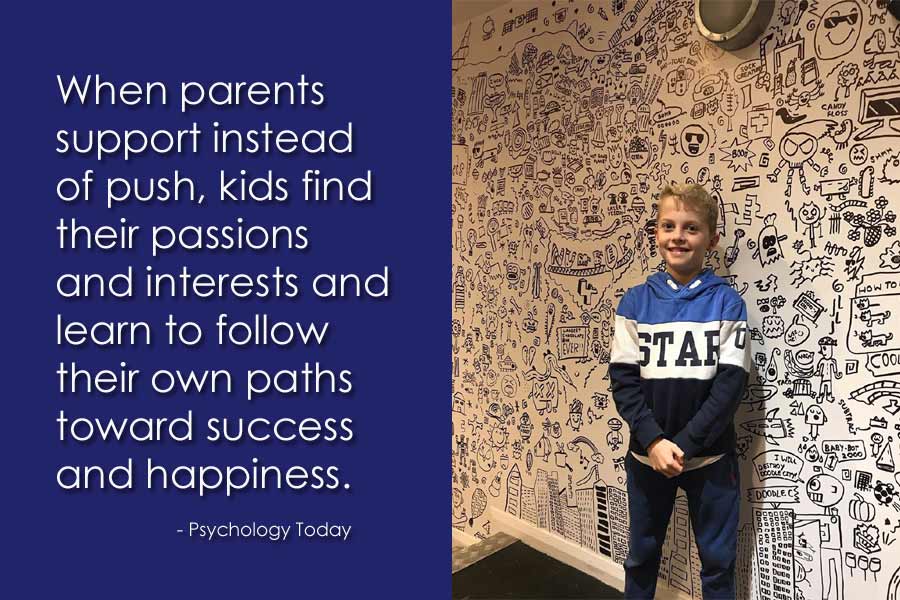 You might be knowing the importance of nurturing your child’s creativity if you’re a parent. As a parent, you should always encourage your child and his/her interest so that they could excel in their life ahead. You never know what they could become in future just because of your moral support. This is a story of a young 9-year-old boy, Joe Whale who got scolded for creating doodles in his school notebooks. And now it is due to his doodle creating talent, he has landed a job at a local restaurant as a doodle artist where he will be decorating the restaurant’s wall with his doodle mural arts.

His parents always supported him

Joe Whale’s mom and dad had always seen an artist in their son. He started drawing when he was 6 years old. Since then, his family has started encouraging him for this creativity. Even he got scolded off for creating his doodle art in his notebooks from his teachers.

Seeing his interest in doodling, his parents have enrolled him in an after-school art class, in spite of getting so many complaints from his teachers.  It was when his talent began to come out.

Joe is a prolific doodle artist. He creates stunning doodle artwork and his teacher used to share his work on Instagram, where his hidden talent got recognized. It was when his work has caught the attention of a local restaurant, Number Four. They have hired him to decorate their dining area.

His creativity led him to get the first job

His creativity has landed him into a job at a restaurant where he used to spend a couple of hours every weekday. His father told that he took just 12 hours to complete the wall decoration.  His father Greg said,

“Joe loves doodling, and we’re so proud of everything he’s achieving,”. “The fact that a completely independent business has asked our 9-year-old son to do a professional piece of work for them is incredible.”

Also read: 19-year-old Designs A Bra Named ‘Eva’ That Detects Breast Cancer at Early Stages After His Mom Dies of This Disease

Joe is popularly known as ‘The Doodle Boy’ now

After recognizing his creativity by the restaurant, he is now known as the doodle boy. Even he has his own website as well as social media profiles. Kudos to Joe for inspiring us with his awesome creativity. We wish him to have a bright future ahead.

Renovating Your Home: What Should You Do?