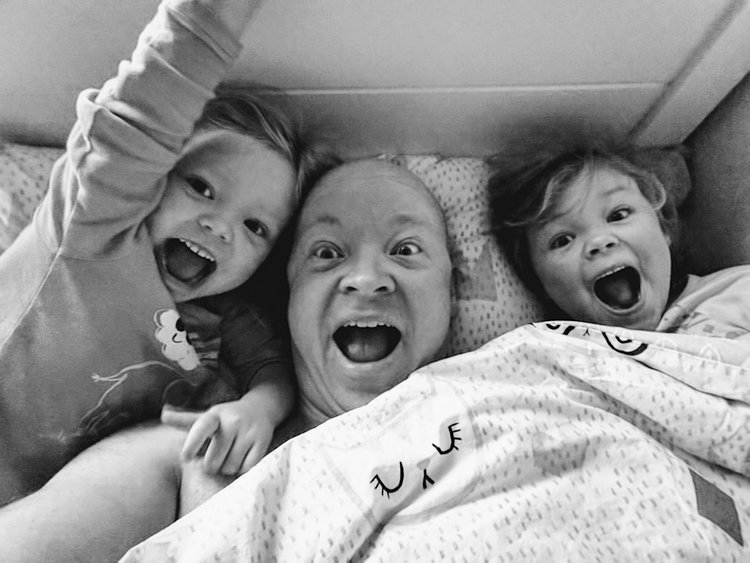 A very important message with simple words but the strong meaning was imparted  by Scott Riddle a Google employee who was diagnosed with stage 4 of metastatic cancer, she said: “stop assuming you have a full lifetime to do whatever it is you dream of doing.” Just three weeks ago he had received life-changing news that he has been diagnosed with stage 4 of colon cancer and was trying to absorb the news that he will never be able to see his three kids aged 5, 3 and a few months old, growing up.

As the feeling of loss sank in he wrote a 1200- word piece on blogging platform Medium with the title “I’m 35 and I suddenly have lost the rest of my life. I’m panicking, just a bit.”

“I don’t even know why I did that Medium post, I had that urge to just sit down and just write about it,” Riddle told Business Insider in an interview over Skype from his family’s home in Australia.

I just published “Four months post Stage 4 cancer diagnosis. Where has the introspection got me ?” https://t.co/nens0NlVSE

He wrote the post in haste after the discovery of his disease. He expected only a few people to see it, but more than 70,000 people have seen it and are totally supporting him. The simple message of assuming that you have all the time is so wrong.

Being treated for colon cancer ? Struggling to explain or even discuss a stoma with friends and family ? This may (or may not) be useful 🙂 https://t.co/pgO4LLzM3q

He had a blissful life with three adorable kids and the newest one born on the Christmas eve. He was working in California for Google and was too happy and was returning with his family to his hometown. On July 19 he visited the doctor when noticed unusual bleeding and change in the bowel habit.

I have cancer. I don’t fight it.

When I die, will it be because I didn’t fight hard enough?

Warrior or not; the cancer grows at the same rate.

Pressure is added when personal control is assigned to a patient in a powerless diagnosis.

If I could fight cancer, I would have won.

The doctor set him for a series of test and when confirmed of cancer he simply fainted. It was difficult for him and the family to digest the fact and the risks that are associated he said “And then you kinda find yourself tuning out as [the doctor] keeps talking because suddenly the other part of your mind is racing to think of the implications.

He does not feel sick it’s just that he feels a little tired but his conditions will worsen in the coming months. He described his mindset in the words “I’ve noticed so many times in the last few weeks, I’m sitting on a train going back to the hospital and I overhear the kind of commuter conversations that you always overhear on a train,” Riddle told Business Insider.

Just lost a beautiful friend and colleague to stage 4 breast cancer. No matter how much you expect it the loss of such young and vibrant life shakes you. Live to live folks, everyday.

“You know, people getting ready for a meeting or someone’s dialed into a teleconference early from the train or something and I just think, ‘my gosh’.”

He was planning for his life but alas life had other plans and there is nothing that he can do except for thinking that will he be able to help his parents as they grow old, or see his kids growing or simply grow old with his wife.