A Glimpse on Pinball Machines for Sale 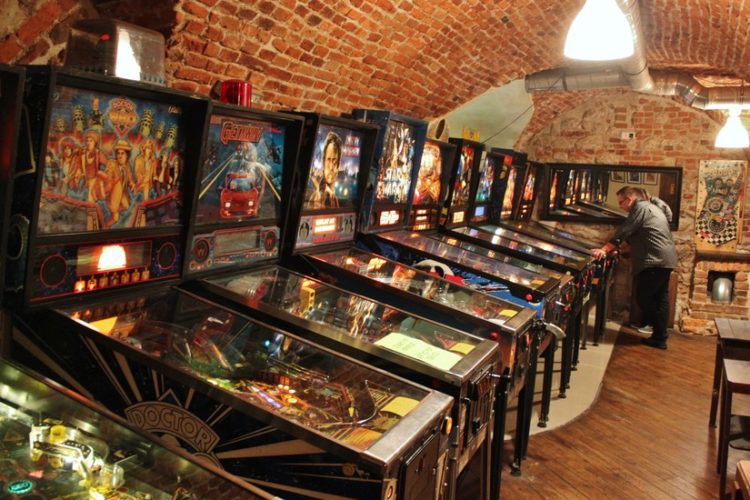 Pinball is an arcade game where the player can score points by controlling one or more metal balls in a playing field situated inside a cabinet covered with glass (the pinball machines). The aim of the game is to score as many points as you possibly can. You score points each time the balls hit certain targets that are part of the playing field. There is a drain located at the bottom of your playing field; with two flippers like mechanisms on either side to prevent your ball from falling in.

However, once your ball has fallen into the drain the stipulated amount of times you lose the game. You also rack up points by keeping your ball without falling for a longer period. If you are looking for pinball machines for sale, then make sure the machine you buy come with all the features given below.

A layout of the Pinball Machines

The actual surface encased in glass on which various obstacles, goals, and balls are situated, a flat surface that is inclined a few degrees upwards and away from the player.

The plunger is a rod that comes with a small handle is what sets the game into motion. It strikes the ball and propels it upwards. Once in motion, the ball tends to fall downwards. However, it can be made to move in any direction by the player’s own actions or by the several devices available on the playing field itself.

The flippers are mechanically controlled rods that allow the player to shift the direction in which the pinball is moving and is used to propel it upwards. The timing and position of the pinball with respect to the flippers are everything; if the player has calculated the time correctly then he/she can direct the ball in any direction with the required velocity.

These are small round knobs when these are hit, it will push the balls away automatically. The earlier varieties of bumpers (also referred to as dead bumpers) would not push the ball away in pinball machines.

Kickers combined with slingshots are essentially rubber pads that kick the ball away when it encounters it (similar to bumpers but placed horizontally towards the walls of the machine).

They are stationary targets that only take note of it when a ball strikes it in Pinball Machines.

They are moving targets that possess two rings on them (much like a bull’s eye hence the name) and touching the outer ring rewards lesser points than what you would get if you hit the inner ring.

They are targets that fall down to below the playing field when hit; taking out all of these targets in succession can lead to a variety of features. Sometimes, these drop targets are placed ahead of other targets. This requires you to take out the drop target first before moving on to the other bigger targets.

These targets appear the same as stationary targets. However, when hit by the ball they propel the ball to the opposite directions similar to a slingshot.

Ramps are inclined surfaces with a gentle slope that allows the ball to travel along it. If the player is able to propel the ball with enough force, so that it shoots to the top of the ramp and then down to the other side a “ramp shot” is said to have been made.

Old pinball machines are now valuable and considered a collector’s item. If you’re an old-school gamer who is found of arcade games, then a pinball machine is just the item for you and you will find lots of pinball machines for sale online. Look online for stores selling them at reasonable prices and enjoy to your heart’s content.

Also read: How To Get in Shape with a Fitness Exercise Ball