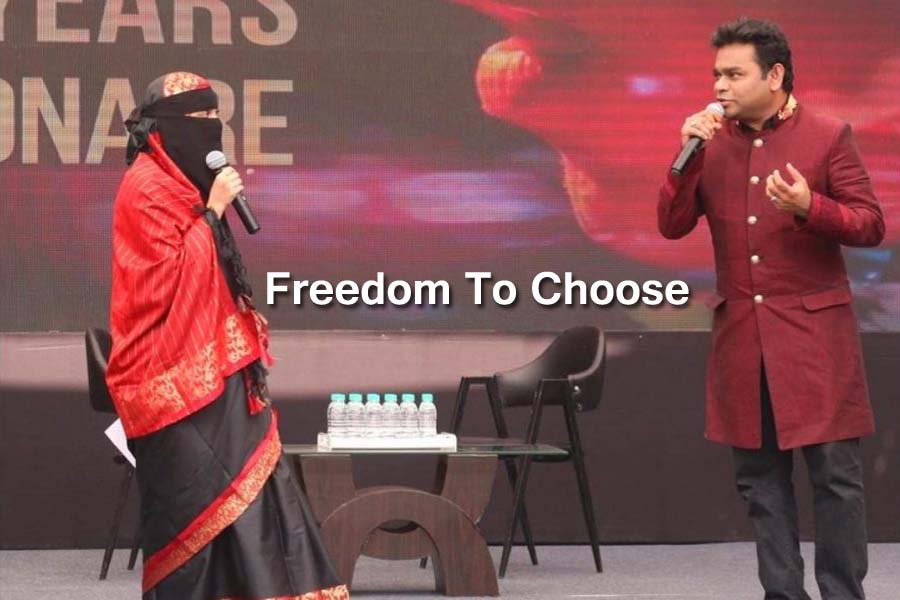 The event was held in Dharavi and his daughter was seen wearing a niqab and this led to the beginning of trolls. The trolls claimed that Rahman was being a hypocrite for ‘pressuring’ her kid to wear the niqab. A niqab is a veil worn by some Muslim women to cover their face and hair.

The composers with utmost dignity slammed the trolls with a fitting photo. The photo of his three kids, Khatija, Raheema, and AR Ameen are the best answer to slam the trolls. On his Instagram handle he shared the adorable pictures of his kids, the clicks were from a photo shoot of which they were apart.

The kids were recently selected for Hello magazine’s Debutants’ Ball.  The photo has gone viral and has some 200K likes on Instagram. The kids can be seen in the best of the attire, Khatija and Ameen wore black while Raheema wore pale green floor length gown.

Rahman and Khatija were all calm and composed when questioned about the niqab. He shared a few more pic of the ladies of his house with the caption #freedomtochoose.

Khatija also expressed her anger in the most beautiful way and commented “I’m a sane mature adult who knows to make my choices in life. Any human being has a choice to wear or do what he/she wants and that’s what I’ve been doing”.

Hence, kindly don’t make your own judgments without understanding the exact situation #freedomofchoice.