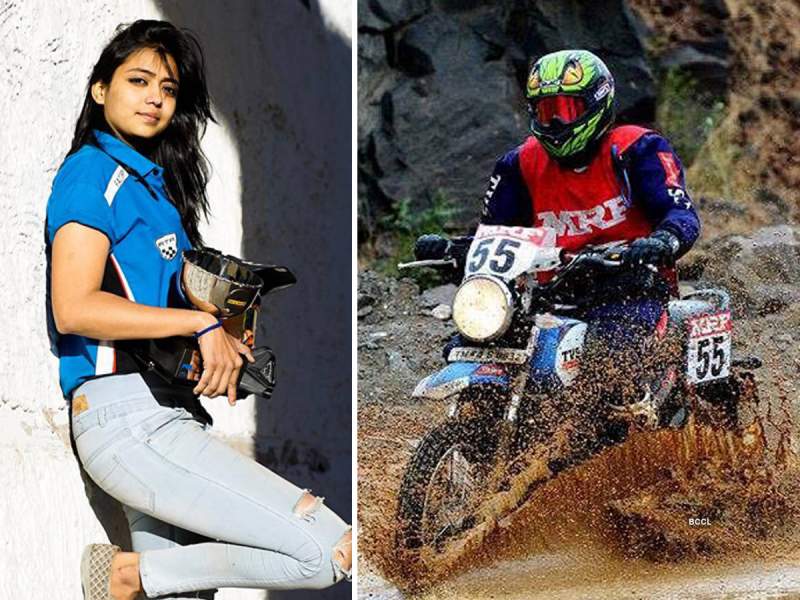 The 23-year old from Bengaluru, Aishwarya Pissay became the first-ever Indian to win the world title in motorsports and thus creating the history. She has claimed the FIM World Cup in women’s category after the final round of the championship. Aishwarya has won the first round in Dubai and was placed third in Portugal, fifth in Spain and fourth in Hungary. She has defeated Portugal’s Rita Vieira in the finals.

Really, she is the one who has proved to all of us that nothing is impossible to achieve in this world if we are willing to get, in spite of getting so many injuries, nothing could stop her to get what she always wanted.

Let’s have a closer look at what she has to say about her splendid achievement:

She was out of words while commenting on her marvelous victory

On her victory, she said, “It’s absolutely overwhelming. I am out of words. After what happened last year, my first international season, when I crashed in Spain Baja and suffered career-threatening injuries, to come out and win the championship, is a great feeling,” an ecstatic Aishwarya said after the podium ceremonies”.

“It was a tough phase of my life, but I believed in myself and was determined to get back on the bike which I did after nearly six months. So, winning the World Cup is huge for me and I will look to better my performance having gained this experience,” she added.

On her winning, even FMSCI (Federation of Motor Sports Clubs of India) could not resist them and thanked her for her achievement. They have congratulated Aishwarya on her historic performance.

You can also read: Top 5 Female Scriptwriters Representing The Face Of Indian Cinema

You can also read: 5 Successful Indian Female Entrepreneurs Who Have Made It high