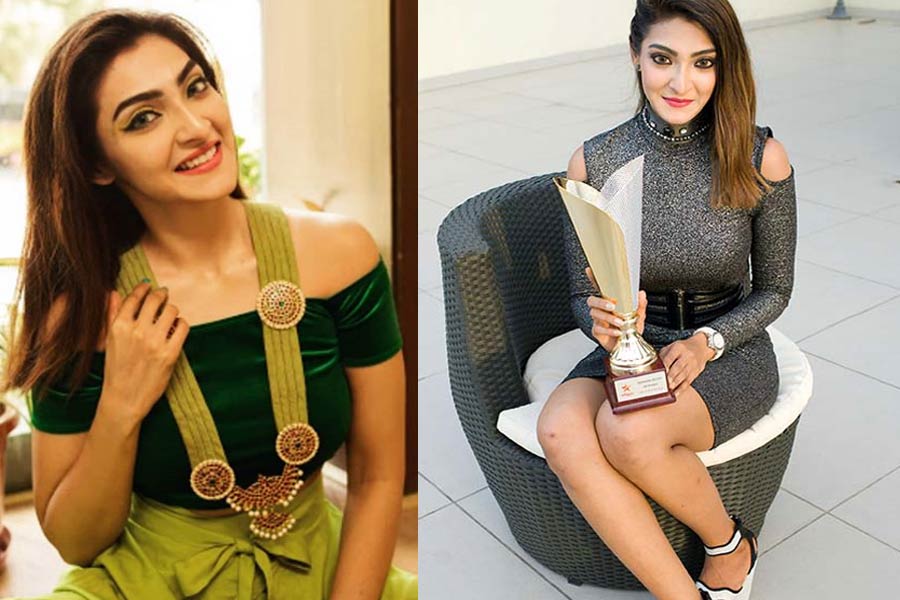 The very young and beautiful Indian Model, Akshara Reddy will soon be representing nation India at the international beauty pageant i.e. Miss Super World Globe 2019 which is supposed to happen in the month of October in Dubai. She really needs to work hard to prove her potential as she would be facing tough competition with another 45 contestants.

Previously she was Miss South India and entertainer and now she has been delegated to Miss Super Globe India 2019. She won this title after defeating 240 contestants who represented 22 states. She belongs from a Tamil community and her family is well settled in Tamil Nadu.

Do you know her mother Gouri has also won Miss South India Crown in 2011?

To let you know, Akshara is the only contestant from Tamil Nadu who won the crown and will be representing India. She has also shared some of her plans for beauty pageant: “I am planning to take a personality development course and grooming from a well-known groomer.”

Talking further she said that she would have to prepare herself better than other contestants to prove that she is the best among all. She has also shared about her positive and negative points, “I am what I am and I feel proud of myself.

A post shared by AksharaReddy.official (@aksharareddy.official) on May 1, 2019 at 4:01am PDT

I don’t believe in fake things up. I am what I am and this would be my strength in this beauty pageant”.

On the negative side, she said to express herself on stage, she needs to be a bit dramatic over the stage while speaking. You can’t talk there like normal people.

She also added that for upcoming models, I would say that maintain your body first. Maintaining your body doesn’t mean that you have to be size zero. You don’t have to become chubby.

You should have a perfect and well-toned body to represent yourself in the beauty pageant. This is my only advice to you all (models).

She also warned all the aspiring models to be aware of those fake modelling agencies. You need to know about their profile first before going to them. She concludes her discussion with saying, modelling is her passion and she loves doing that.

A post shared by AksharaReddy.official (@aksharareddy.official) on May 8, 2019 at 4:57am PDT