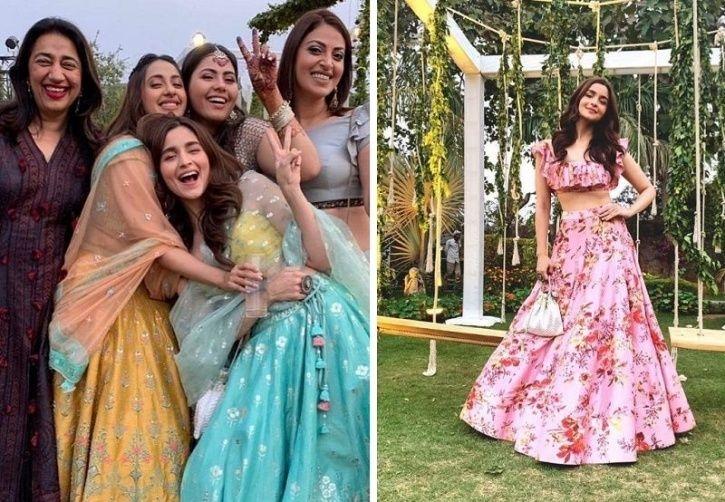 After the success of Gully Boy, the versatile actress Alia Bhatt flew down to Delhi to attend the wedding of her close friend from school times. The girls are good friends and their social media feeds approve of their friendship. They have been seen together holidaying, chilling and spreading good vibes. Alia is all bubbling and smiling as the girl is participating in the wedding functions of her friend.

She was the bridesmaid and she delivered a speech that made the bride very emotional. She called her childhood memories and the revelations got the guests smiling and giggling.

She recalled the silly games that the girls used to play when younger.

She read “When I was younger, Bobby and I would play this game called actress-actress.

There’s no better feeling than watching your best friend marry the man of her dreams AND her best friends dreams ? This wedding was all things beautiful.. Can’t belive my baby girl is married ❤️ I love you guys..

Going by the rumors the pretty bridesmaid Alia Bhatt may herself tie the knot this year with Ranbir Kapoor, and it’s for sure that the cute looking ex-student will make a stunning bride.

However will she be a Sabyasachi bride or Manish Malhotra bride or Abu Jaani bride that will be known later, but she will look splendid.

Tips on How To Reduce Stress When Planning Your Wedding

Wedding Save The Dates That You Will Want In 2023