Alita: Battle Angel Movie Review: Too Good To Soak In 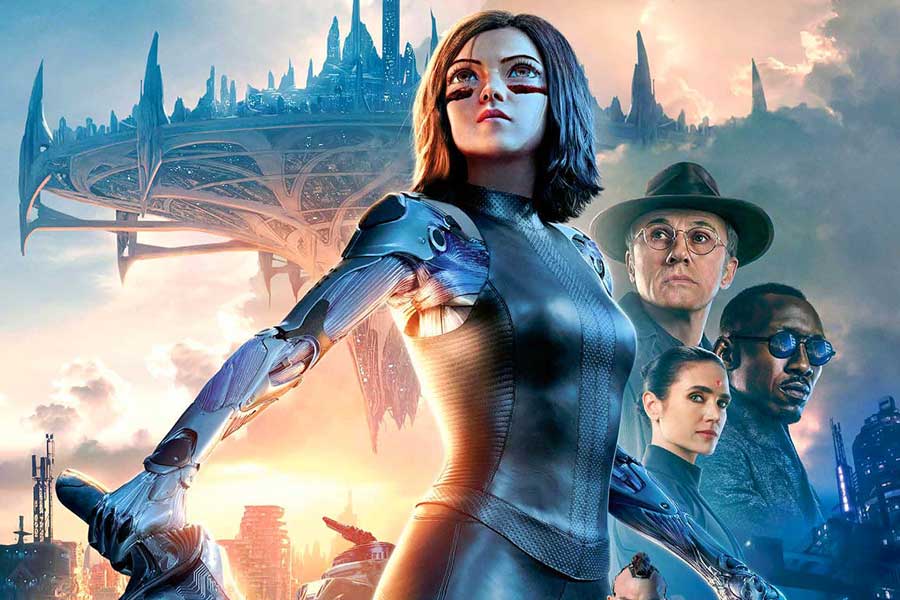 The perfect surprise, Alita Battle Angel, has all the flavors, another masterstroke from Robert Rodriguez’s. Movies that are hitting the big screen and are doing good business most of them have no essence its just superficial but then this film is definitely larger than life. Rodriguez’s take on Yukito Kishiro’s manga series is a shining star where the special effects and ravishing style of storytelling are combined together for the best movie.

There has been too much stuff in the film Alita: Battle Angel

The movie is set centuries ahead in future, the abandoned Alita (Rosa Salazar) is found in the scrapyard of Iron City by Ido (Christoph Waltz), he happens to be a compassionate cyber doctor and nurses unconscious cyborg Alita.

When she awakens she has lost her memory and also has no memory of the world to where she belongs and thus lands herself in an entirely new situation.

In this world, everything is new to her and she beautifully expresses her feelings on seeing everything as a new experience. She learns to pave way for her new life in the treacherous streets of Iron City.

I do try to protect Alita from her mysterious past and on the other hand, her street smart new friend, Hugo (Keean Johnson), offers to help but does the reverse and tries to bring her memory back.

Affection blooms between the two until evil forces creep in and threaten Alita and her new found relationship. It is only now that Alita discovers that she has amazing abilities to fight and protect her friends and families whom she loves so deeply.

She is then determined to find the truth behind her origin and this is dangerous path that leads her to the injustices that were rendered on her in the past, the corrupt world and she discovers the woman power and the ability of a young woman to change the bad world and set it on the path of honesty and compassion.

It’s a movie that you aspire you to bring the change, it has action and adventure with technology imbibed in to present the power of a girl and the dedication of a man who supports her and helps her to stay strong.

Alita: Battle Angel is a film with 122 running minutes of visual spectacular production with some amazing performances that make the world from far centuries to be so real. I can say, this is the finest sci-fi film.

Some of the tweets of viewers –

After watching #AlitaBattleAngel all I know is that Marvel need to cast #MahershalaAli as Blade. #Marvel pic.twitter.com/xEPCiosHzZ

Many many congratulations to makers of #Alita #AlitaBattleAngel ….for making such a great movie. I love this movie and I love Alita (my angel). pic.twitter.com/SmqnEQTxFK

#AlitaBattleAngel @AlitaMovie
talk about badass. James Cameron has done it again! This is an amazing film like the graphics, the actors the cinematography ahh I love it all!
also Rosa Salazar is cute hehehe pic.twitter.com/tL8bLA3TOw

Came back from the fan event screening of #AlitaBattleAngel #Alita in #Toronto at the Scotia Bank Theatre. What a fun film. They nailed the look of the manga and the heart of the characters. Also, those oh so gorgeous fights. Spectacular. See it in 3D and IMAX, worth it. pic.twitter.com/CEDQwuSSI0